While there has been a significant decline in piracy activity in the Gulf of Guinea, in part due to the presence of international forces, the perceived threat to merchant ships remains high. The Italian authorities increased the level of safety on board national ships at MARSEC 2 and last week undertook a training exercise in the Gulf of Guinea testing readiness and the systems in place to respond to threats to a merchant ship.

According to the Italian government, the Gulf of Guinea is an area of particular strategic and economic interest for Italy, both for the numerous trade exchanges with the countries of the region and for the supply of energy resources. For these reasons the Italy Navy, since January 2020, has been maintaining a presence and surveillance operation in the area, aimed at safeguarding the freedom of navigation as well as the safety and protection of merchant ships. 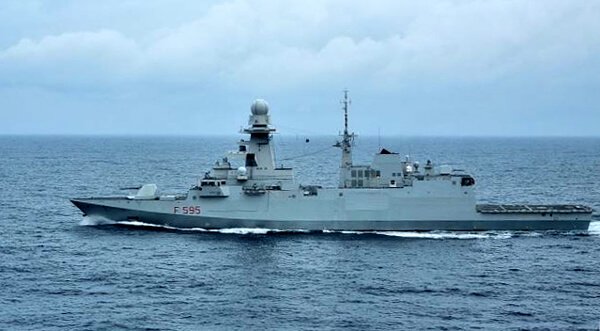 The frigate Luigi Rizzo, which left Italy on February 24 and is currently deployed in the Gulf of Guinea as part of the Gabinia anti-piracy operation under the Operational Control of Command in Chief of the Naval Squad led the exercise. Also participating were the Italian Confederation of Shipowners (CONFITARMA), the Operations Center of the Navy and the Command in Chief of the Naval Team, and the National Coast Guard Operations Center (CONGUARCOST) in its function of IMRCC (Italian Maritime Rescue Coordination Center).

Using a realistic scenario, off Ivory Coast, a simulated group of pirates in a small boat attempt to attack the Grande Cameroon, a 26,650 dwt ro-ro container ship owned by the Grimaldi Group. The Italian flagged vessel, which is 691 feet in length, initiated the national alarm sequence involving the operational headquarters of the Grimaldi Group in Naples along with the IMRCC of the Coast Guard as the National Competent Authority for Ship Security. The notice went to CINCNAV resulting in the response by the frigate. 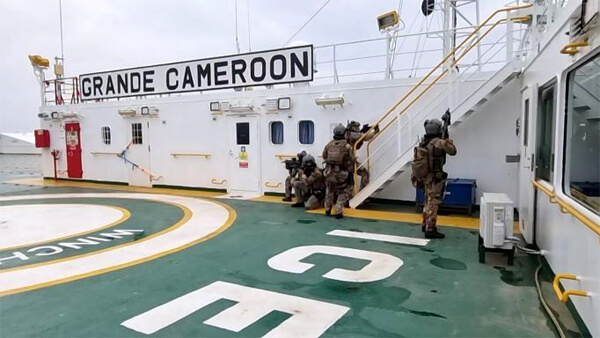 The military unit with its SH-90 helicopter placed a security team from the Marina San Marco Brigade aboard the vessel. The team prevented the attack, ensuring close protection, support, and assistance to the threatened merchant ship.

The Italian Navy reports that they tested the alarm and intervention procedures in place in the event of piracy incident as well as the operational structures. Specific exercises such as these are frequently scheduled to verify the security plans, the communications between all the national institutions, and the operational and tactical interaction between the units of the Navy.

In April, the Luigi Rizzo was involved in an incident when pirates attempted an assault on the bulker Arch Gabriel. The frigate dispatched one of its security teams by helicopter while it sailed to the vessel. They determined that the bulker’s crew was in the vessel’s citadel and searched the bulker to ensure that it was safe for the crew to resume operations. Members from the brigade remained aboard the Arch Gabriel while the crew repaired damage from the pirates and the frigate also provided an escort as the bulker sailed into an anchorage closer to shore. 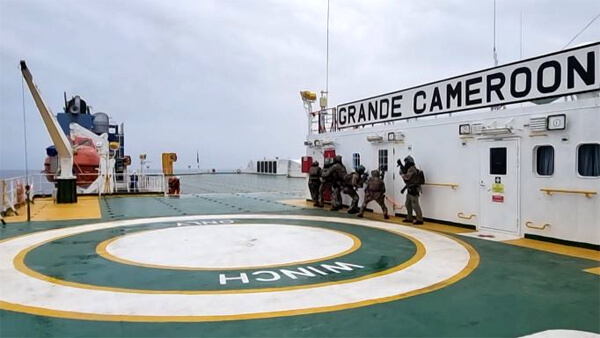 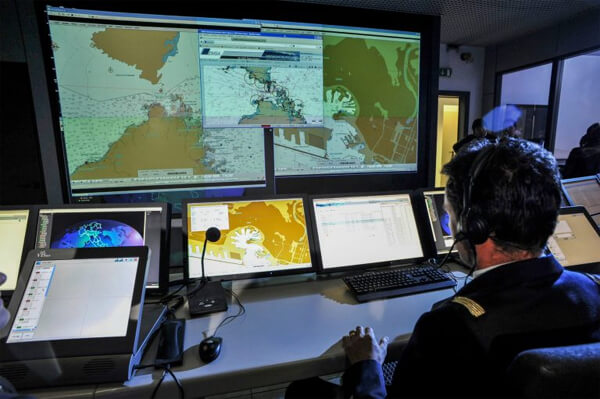 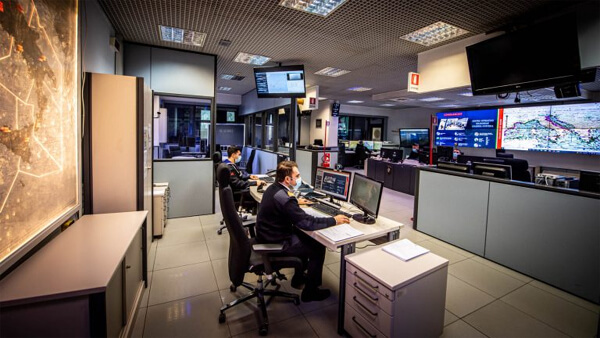