America's only heavy icebreaker, the USCGC Polar Star, has departed Seattle for her annual trip to Antarctica's McMurdo Sound. Each year, Polar Star breaks ice to allow supply ships to transit to and from McMurdo Station, the largest U.S. research base on the frozen continent.

The voyage is challenging. In some years, the ice is as much as 21 feet thick, requiring backing and ramming to break through. The extreme vibration of icebreaking duty puts the ship's systems to the test, particulary electronic controls and propulsion. Polar Star's advancing age makes maintenance ever more difficult, requiring the ship to spend months in shipyard every year. On recent Antarctic missions, her crew has had to battle breakdowns, fire and flooding to keep the vessel moving.

“This is a unique and important mission that the Coast Guard undertakes each year," said Capt. Keith Ropella, commanding officer of the Polar Star. "It takes a special crew to make the 20,000 nautical mile round trip through some of the most remote locations and arduous conditions on the planet to get the job done, and perhaps more significantly, to prepare this 46-year-old cutter for the challenge." 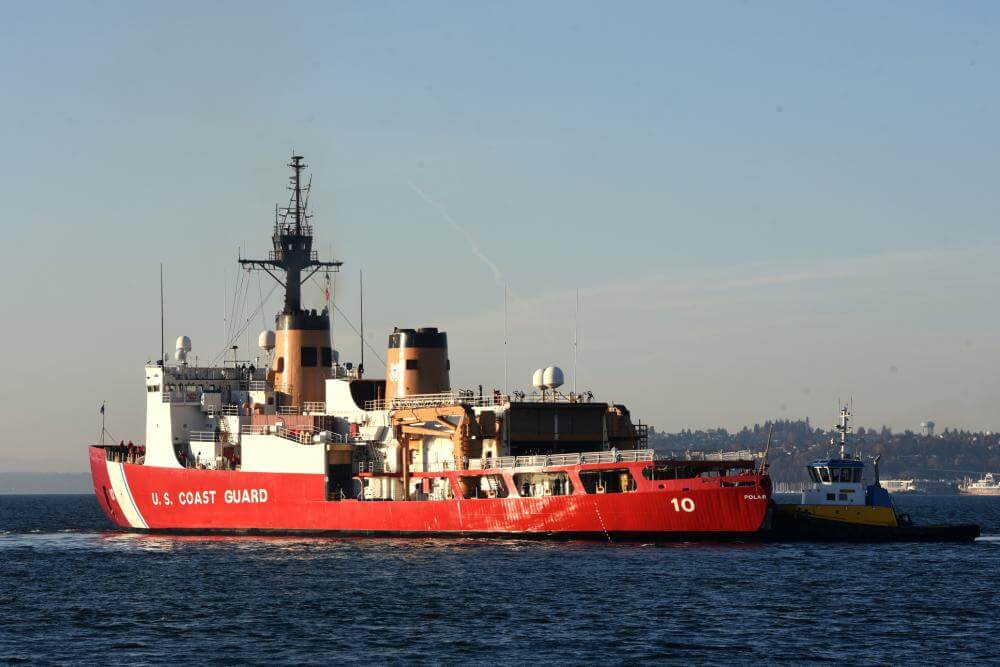 The Coast Guard has secured funding from Congress to recapitalize its icebreaker fleet through the new Polar Security Cutter (PSC) program, with the first two hulls fully funded and plans in motion for a third. With geopolitical competition rising in the Arctic and the Polar Star's capabilities waning, the new PSC is one of the service's highest acquisition priorities.

Halter Marine won the $2 billion construction contract for the replacement Polar Security Cutter program in 2019, but it is about one year behind schedule, due in large part to COVID-19-related delays. It has not yet started construction, and the date for steelcutting has not been released. There are concerns that the project may have been underbid, since the price is quite low relative to comparably-sized defense shipbuilding projects in North America - and it could be difficult for the yard to make the fixed-price-incentive contract work at a profit.

Early this month, Singaporean owner ST Engineering sold Halter and a related repair yard to a competitor, Bollinger Shipyards, citing five years of losses totalling about $250 million. "After a thorough review of strategic alternatives, we made this difficult decision to exit the U.S. marine business," said ST Engineering CEO Vincent Chong in a statements.

Independent reports have suggested that Halter will struggle to make money on the Polar Security Cutter, and that expectation may be reflected in the sale price: Bollinger paid ST Engineering just $15 million for two shipyards, with another $10 million due later if performance goes well.

If the financial challenges of building the new PSC should delay the program further, it will mean another season of icebreaking for Polar Star - or finding a stand-in solution. The Coast Guard has long opposed the idea of buying a used commercial icebreaker, but for its FY2023 budget, it outlines a plan to do precisely that. One perennial candidate would be the Edison Chouest-owned Aiviq, a less powerful icebreaker which the Lousiana-based firm has offered for Coast Guard use since at least 2016.