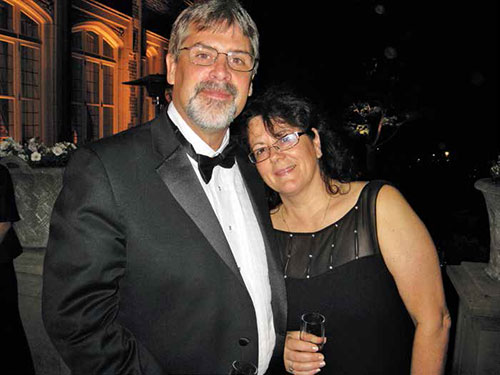 Captain Richard Phillips achieved worldwide fame when his ship, the U.S.-flagged Maersk Alabama, was attacked and boarded by Somali pirates off the Horn of Africa in April 2009. The ship was carrying U.S. food aid to Somali refugees in Kenya.

The ship’s crew disabled the vessel’s operating systems and took refuge in a safe room. Captain Phillips was taken hostage and agreed to leave in a lifeboat with three of the pirates in exchange for the freedom of his crew. After four harrowing days at sea, in constant fear of death and shadowed by U.S. warships, Phillips’ captors were killed by U.S. Navy SEALs, and he was rescued. His heroism in the face of extreme adversity earned him the admiration of the world.

It is a great honor for The Maritime Executive to dedicate this issue’s “Executive Achievement” feature to Captain Phillips, who is currently sailing in the Red Sea as master of the M/V Green Bay. On October 11, the movie “Captain Phillips” will premier with Tom Hanks in the title role. The movie is based on Captain Phillips’ 2010 book, A Captain's Duty: Somali Pirates, Navy SEALs, and Dangerous Days at Sea. 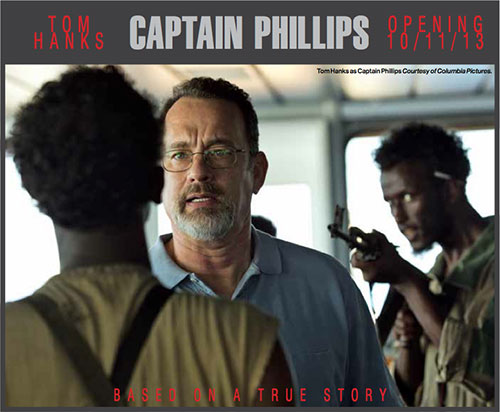 The following statement was sent to us by Captain Phillips as an exclusive to The Maritime Executive:

“As the movie is preparing to come out, I would just want to remind everyone that it was not just Captain Phillips on the Maersk Alabama, as the movie is named, but there were 18 other United States Merchant Mariners aboard who did what they had to do to make an untenable situation into a good outcome, for them and myself. As all seamen know when we are out on the seas, it is the professionalism and ability of all the crew – from the Chief Engineer to the Steward to the Able-Bodied Seaman – who get the ship from one place to another. 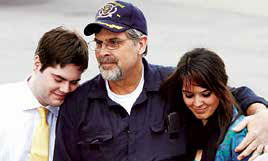 “Whether it is pirates, hurricanes or shipboard fires we face, we all must exhibit the best part of all the people of the United States – to deal with adversity and use what is at hand to get us through the trying times we face. We on ships continually unite for the common goal and persevere, as there is no room for failure. As our motto says, ‘Deeds, Not Words,’ an ode that all sailors deal with each and every day.

“We are the ones who allow international trade to flourish and grow. Through our jobs during peacetime we safely and cheaply carry the world’s goods from manufacturer to consumer and keep the food and products stocked in our stores at home. During times of war and hostility, we carry the supplies of our military heroes to the theater where they are needed, regardless of the hazards imposed. General MacArthur said it best when he said of World War Two Merchant Marine veterans: ‘They have brought us our lifeblood and they paid for it with some of their own’ – a true testament to the toughest bunch of mariners ever.

“So I will just say to the seagoing men and women of the Master’s Mates & Pilots, Marine Engineers Beneficial Association, and Seafarers International Union: Be proud in our jobs, remember our history, and hold fast to our legacy. Seamen were there at the start of our country, and we will be there in the thick of things whenever we are needed.”