The world’s most powerful fully-electric ferry is close to entering passenger operations. The Ellen E-ferry was christened by Danfoss Communications Consultant Christina Clausen, who is also the granddaughter of Mads and Bitten Clausen who founded the company in 1933, on June 1.

The vessel is expected to become operational at the beginning of July 2019. Covering a 22-nautical mile crossing between the Danish islands of Ærø and Fynshav, she will travel seven times further than any other electric ferry currently in operation anywhere in the world. As well as having a capacity of 4.3MW, the largest battery pack currently installed for maritime use, she is also the first electric ferry to have no emergency back-up generator on board.

The Ellen is just under 60 meters (197 feet) long, has a breadth of approximately 13 meters (43 feet) and will travel at speeds between 13-15.5 knots. She is capable of carrying 198 passengers in summer months, with this capacity dropping to 147 during the winter. The ferry can also carry 31 cars or five trucks on her open deck. 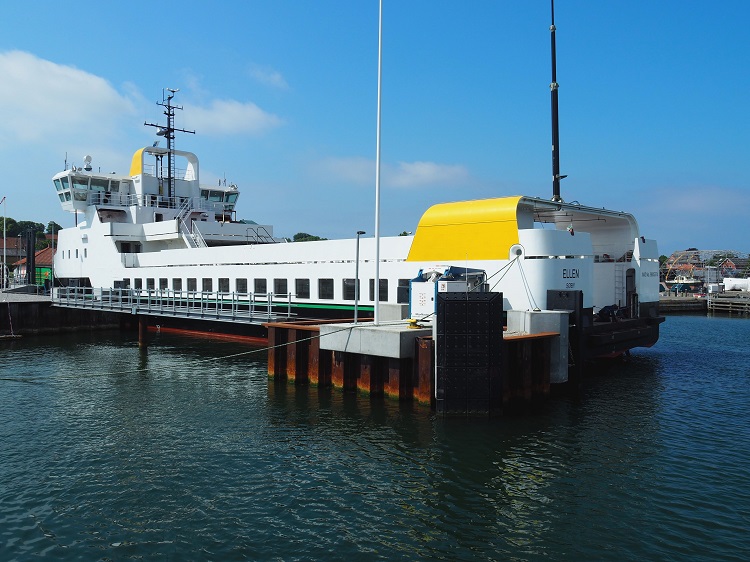