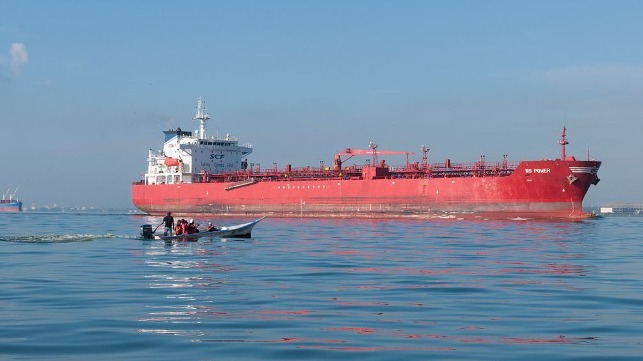 Last week experts from around the world gathered for the Arctic Shipping Forum in Helsinki. Much of the discussions relating to the growing cruise industry in the Arctic focused on equipment and not on rescuing passengers from icy water. However, Diego Jacobson, CEO of White Glacier, a company that has released a range of immersion suits, kept the topic clearly in view.

Jacobson claims that the company’s suits add at least 19 hours to the IMO stipulated six hours survival time requirement. “The Polar Code is very clear when it comes to hypothermia protection,” he says. “All passengers and crew must be provided with adequate thermal protection, bearing in mind the time to rescue, the cold water, wind, etc. Rescue times in the Arctic could be anywhere from 10 hours to five days, with luck. Clearly, a six hour emergency route is not adequate. Yet, some shipowners are saying that thermal blankets provide adequate thermal protection.” 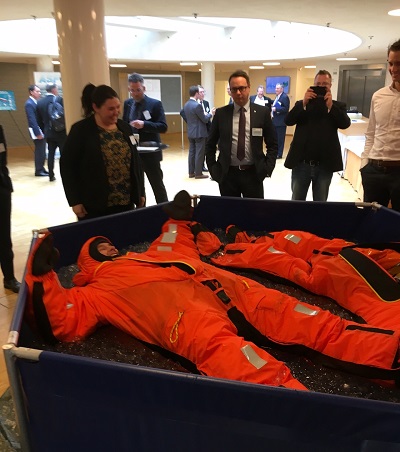 Jacobson says that scenarios were discussed where cruise passengers were evacuated via helicopter to an ice plateau where the temporary medical facilities in tents had been set up. The scenarios generally depicted clear days with no wind.

Topics discussed ranged widely and one of the speakers at the conference was Mikko Niini, Chairman of Navidom, a Finnish asset management company. Niini spoke of growing cruise, tanker and offshore activities in the Arctic noting that there are currently five offshore production platforms in operation in Sakhalin waters and one in real Arctic waters: Russia’s Prirazlomnoye field.

Russia has a need and strategy to move the oil and gas production towards more northern sources, said Niini, with a consequent increased role for Arctic transport. Dedicated shuttle export systems exist at Sakhalin I and Sakhalin II with ice class bow loaders working there since 2005. The Varandey offshore terminal in the Pechora Sea opened in June 2008 and serves the Yuzhno Kilchuyu Lukoil oil field. Close to 30 million tons have been exported so far and the Bashneft and Kharyaga fields have joined in the system.

Current onshore exploration projects are likely to create demand for more Arctic shuttle tankers. These include the Lukoil East Taymyr project at the Khatanga river estuary, projects in the Yenisei estuary and the Rosneft project at Nenets Oblast.

China’s CNPC has a 20 percent stake in the Yamal project, and Dr Baozhi Cheng from the Shanghai Institute of International Studies spoke of China’s history and ambitions in the Arctic. China is not a newcomer to polar research, he said. The nation has conducted 32 Antarctic expeditions since 1984 and six Arctic expeditions since 1999. China’s polar research vessel Xue Long (snow dragon) is expected to be joined by a new icebreaker in 2017.

Cheng also discussed the potential link between China’s One Belt One Road initiative and the Arctic. The Silk Road Economic Belt and the 21st century Maritime Silk Road (also known as One Belt One Road) is an initiative that focuses on improving connectivity and creating new trade routes passing through over 60 countries. The maritime “road” runs west from the east coast of China to Europe through the South China Sea, the Indian Ocean and the South Pacific Ocean. There is potential for Arctic shipping routes to be employed by China due to the shorter shipping times they offer.

Cheng cites the Silk Road plan as one of the major achievements of China in recent years, along with its participation in the Yamal Project and the establishment of the China Nordic Arctic Research Center.

Dr Richard Carlin of the U.S. Office of Naval Research outlined the U.S. Navy’s strategic objectives for the Arctic:
•    Ensure U.S. Arctic sovereignty and provide homeland defense
•    Provide ready naval forces to respond to crises and contingencies
•    Preserve freedom of the seas
•    Promote partnerships within the U.S. and with international allies

Technologies under investigation by the Office of Naval Research include the prediction and control of topside ice accumulation including ice-phobic coatings, ice load mitigation, boat launch and recovery, heat energy recovery and extreme cold and ice effects on machinery and alternative fuels.

Carlin also spoke of a planned project with Finland to develop ship design expertise for hull-form and podded propulsion and advance the state-of-the-art Arctic propeller design. A project with Canada is underway to deploy an experimental measurement system in the Polar region to determine if high frequency wave propagation can be maintained at sufficient fidelity to support polar over the horizon radar operations.

The Office of Naval Research is also interested in the environmental impacts of exhaust emissions, ballast, black and grey water and the effectiveness and toxicity of anti-fouling and fouling release coatings in polar waters.