Shell’s controversial plan to recommence drilling operations in Alaska’s Chukchi Sea has been met with protest by people from around the world. However, Shell’s Alaska program has gone to great lengths to make sure a worst-case scenario, such as an oil spill, never takes place, and the company has just released an animation demonstrating its spill response capabilities. 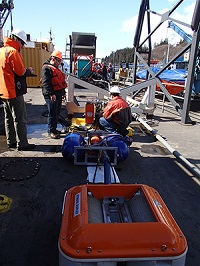 Shell is preparing 25 vessels to begin a two-year drilling program in the Chukchi Sea off the coast of Alaska. Although Shell had to pull out of the region in 2012 after an oil rig ran aground, the Arctic oil reserve “remains a massive value opportunity,” the company has said.

Shell has submitted new plans to explore the Arctic to the U.S. Interior Department after the Obama administration upheld a 2008 Arctic lease sale last month, clearing an important hurdle for the company. The Bureau of Ocean Energy Management (BOEM) has until May 10 to approve or reject Shell’s plans.

The new plan proposes continuing the Chukchi Sea drilling exploration that initially began in July 2012. The program outlines the drilling of up to six wells within the Burger Prospect that would be completed using the drillship Noble Discoverer and the semi-submersible drilling unit Polar Pioneer. The vessels would be removed from the Chukchi at the conclusion of each drilling season.

Describing its spill response plans, Shell says its onsite oil spill response assets would be deployed within an hour. If a well control problem were to occur, Shell would activate its emergency response team. As a first step, trained rig personnel on board the Noble Discover or Polar Pioneer would assess the situation and take measures to bring the well back under control. This could involve the deployment of a blowout preventer if required. 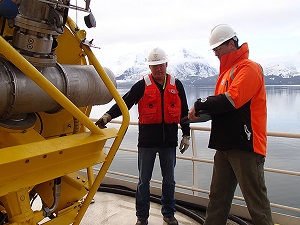 All operators are required to have an OSRP reviewed and approved by BSEE. The bureau conducts a variety of equipment inspections and deployment exercises, some of which may be unannounced, to validate the tactics, logistics, resource availability and personnel proficiency identified and relied on in the approved oil spill response plan. Equipment preparedness and personnel training verifications are important regulatory tools for ensuring that an OSRP is sound and effective, says BSEE. The inspections help to confirm that the nation’s offshore resource explorers and petroleum energy providers are ready to respond when a discharge of oil occurs from any of their offshore facilities. 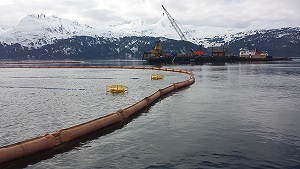 The visit and inspection echo BSEE Director Brian Salerno’s recent comments when he viewed Shell’s deployment demonstration of its undersea containment dome. After the demonstration, he stated, “Arctic operations require extra effort to prevent safety or environmental incidents. We are leaving no stone unturned to ensure operators have addressed all relevant risks. It is equally important that operators be prepared to respond in the event of an incident, especially in a scenario which threatens the environment. This exercise is part of a comprehensive effort to verify the readiness of the necessary response capability.”

Six Greenpeace climbers intercepted the Polar Pioneer 750 miles north-west of Hawaii in April as it headed to the U.S. The activists scaled the 38,000 ton platform to protest against the planned drilling. 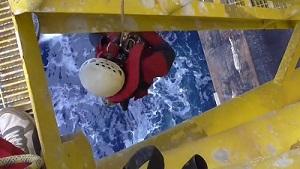 Climber Johno Smith from New Zealand, had this to say while on the platform: “I believe that shining a light on what Shell is doing will encourage more people to take a strong stand against them and other companies who are seeking to destroy this planet for profit. I'm just one voice out here, but I know I'm not alone, and millions if not billions of voices demanding the right to safe and healthy lives will have a huge chance of changing things.”

Greenpeace has said that it believes Shell’s operation in the Chukchi Sea can’t be performed safely, citing that Noble Drilling, one of Shell’s biggest Arctic sub-contractors and owner of the Noble Discoverer, had pleaded guilty to committing eight felonies in connection with Shell’s failed attempts to drill in the Arctic Ocean in 2012.

Back in 2012, the Greenpeace said: “Arctic oil drilling is a dangerous, high-risk enterprise and an oil spill under these icy waters would have a catastrophic impact on one of the most pristine, unique and beautiful landscapes on earth. The risks of such an accident are ever present and the oil industry’s response plans remain wholly inadequate.

“The US Geological Survey estimates that around 13 percent of the world's undiscovered oil could lie under the area north of the Arctic Circle. Sounds like a lot? At our current oil consumption rate, that's actually only three years’ worth of resources.” 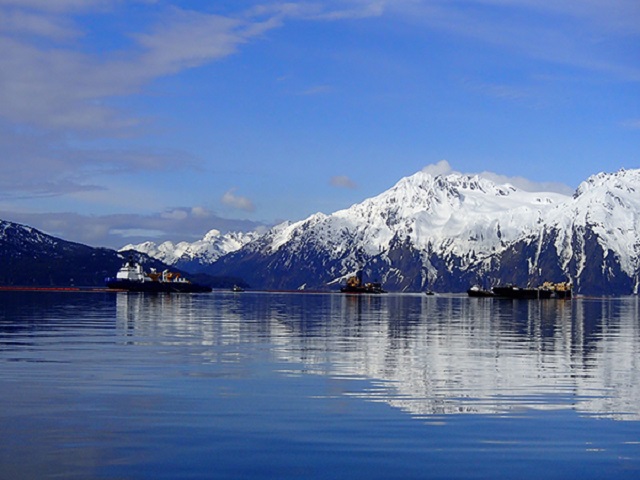