RMS St Helena will be missed dearly when she retires this year after 26 years of service.

The RMS St Helena is one of the last three remaining Royal Mail Ships in operation and has been servicing the British Overseas Territory Island of St Helena Island and her dependencies for the past 26 years. 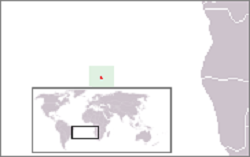 St Helena lies in the South Atlantic Ocean, 4,000 kilometers (2,500 miles) east of Rio de Janeiro and 1,950 kilometers (1,210 miles) west of the Kunene River which marks the border between Namibia and Angola in southwestern Africa.

Other than the sporadic international cruise ship visit over the years, the RMS St Helena has been St Helena’s only constant link with the outside world. It’s a legacy that will come to an end this year as the island will open its first airport.

The current RMS St Helena was built by Hall, Russell & Company in Aberdeen, and is Registered Class 1 passenger/cargo ship. She is British registered, 6,767 gross tons and has berths for a maximum of 156 passengers plus 56 officers and crew.

She is equipped to carry all manner of cargo to meet the needs of the Island’s small 4,000 population. From wind turbines to automotive parts; sheep, goats, and Christmas turkeys to furniture, food and paint, everything has to be carried by ship to the island.

Her industry and freight importance aside she provides St Helenian’s the world over a connection to their home island.

St Helenians Robin and Emma-Jane Richards have created a commemorative poster to make the vessel’s retirement. She reminisces: “When I was younger I always hesitated when someone asked me “where are you from? I can’t quite pin down your accent”. Not because I am embarrassed of my heritage or the way I sound. 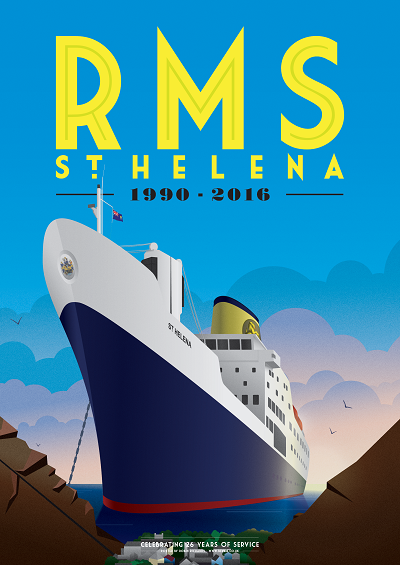 “On the contrary I am very proud of where I’m from. No, my hesitation comes solely from explaining, what often is met with bewilderment, that I am from a small isolated, obscure island in the middle of the South Atlantic Ocean. That remote outcrop of volcanic rock is one of a few remaining British Overseas Territories around the world; St Helena Island.

“The bewilderment and disbelief quickly changes into pure excitement when people find out just how isolated St Helena is and the logistics of how you get there. Up until now the only way to access the island was via sea. Yes, you read right, in a world where the other side of the world is just 24 hours flight away or you can jet off for a weekend to any major European city in the course of just a few hours, you still have to make an epic journey to reach a place like St Helena.

“At its quickest route you fly for some nine hours to the closest land mass, its sister island Ascension, where you board one of the last remaining Royal Mail Ships in the world and sail for two to three days. Or alternatively, you fly to Capetown in South Africa and catch the ship there to sail for five full days before the island looms on the horizon. In the course of my life I have made the journey to and from the St Helena many times, four of which were on a long 14 day journey direct between the Island and Portsmouth.

“Some journeys have been through record high waves, others on ocean so still and expansive it feels like you’re not even moving. The constant in all those journeys has been a vessel that holds an endearing place in many hearts.

“A vital physical link for islanders to the “outside” world, the RMS St Helena has, for generations, been a steady, loyal friend who offered a welcomed break from the isolation island life offers.

“To some she is just a boat who simply transports cargo and mail to and from our island home. But to many the RMS St Helena represents far more than that, she has tirelessly served the people of St Helena, Ascension and Tristan Da Cunha. Bringing long lost friends and family back home on triumphant returns. She’s been the backdrop to childhood adventures and given saints everywhere something to be proud off. If you have had the pleasure and privilege of travelling or working on the RMS St Helena you, my friend, have been a part of a beautiful history.” 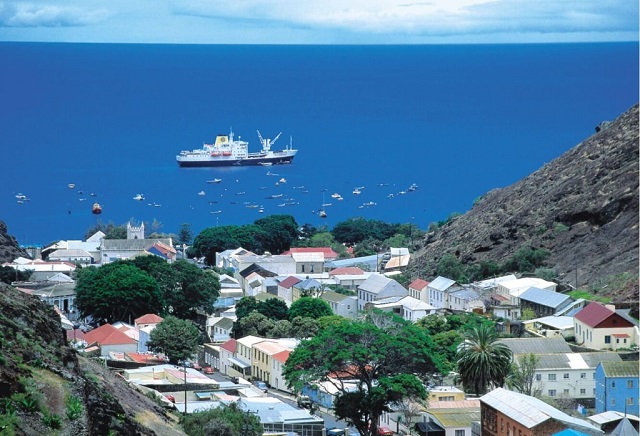 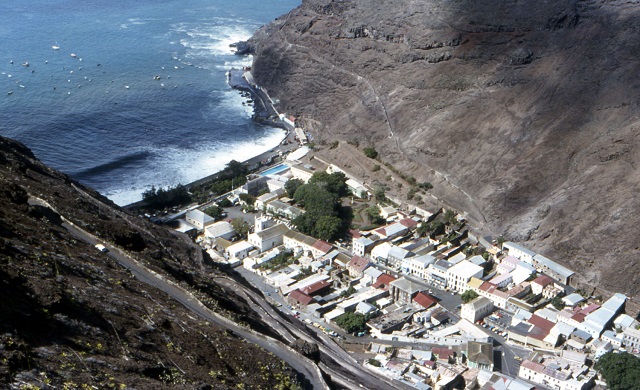 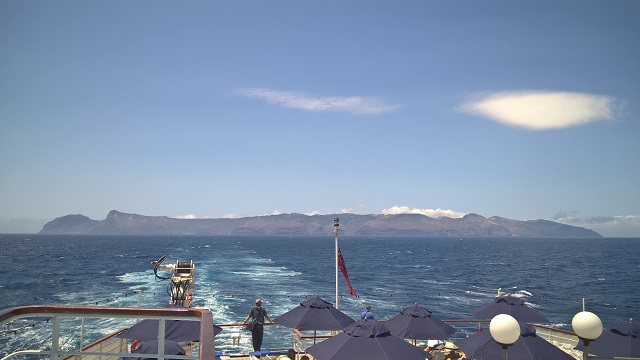 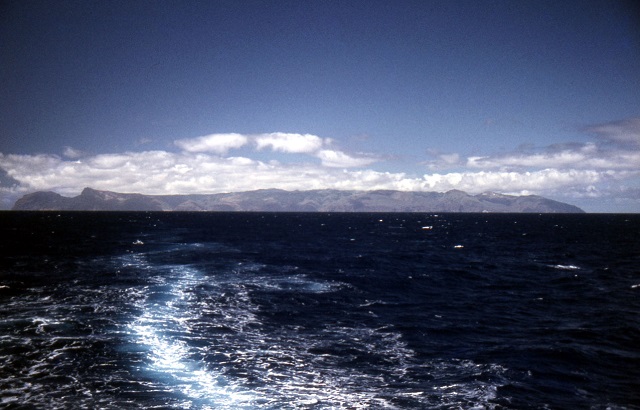 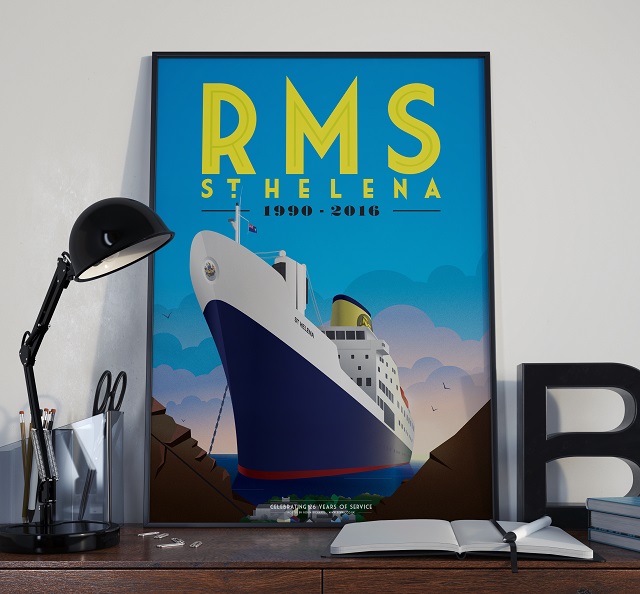