The Sea Hunter, the U.S. Defense Advanced Research Projects Agency's most ambitious unmanned vessel to date, may well be the most advanced self-navigating surface craft in the world. Its 130-foot trimaran hull is designed for a maximum speed of 27 knots and operations in conditions up to sea state five. It can conduct missions of up to 70 days without resupply, and can work unmanned to perform tasks too risky for human sailors. It is even capable of complying with the Rules of the Road, in certain well-defined situations. And it can do all of these things at a construction cost of $23 million, a bit under one percent of the price for a Zumwalt-class destroyer (excluding R&D). 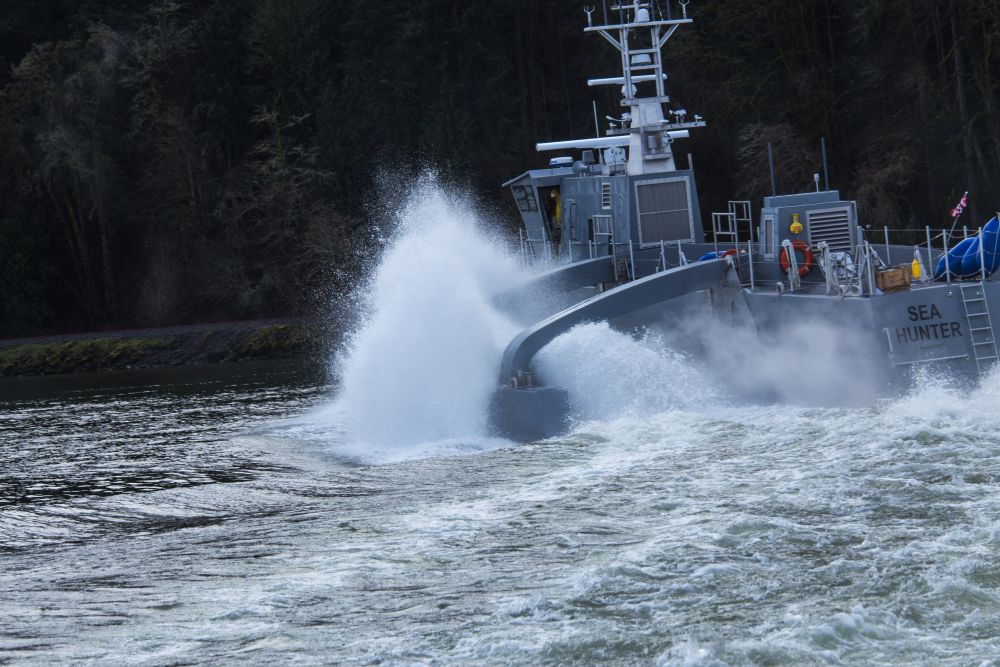 But the project's engineers acknowledge that truly autonomous operation lies some way off for Sea Hunter. Crucially, it does not presently have the ability to perceive and understand COLREGS-defined lights, shapes, sounds and vessel categories. The Rules require vessels to “at all times maintain a proper lookout by sight and hearing as well as by all available means . . . so as to make a full appraisal of the situation and of the risk of collision.” Among other things, this implies the bridge team's ability to understand the COLREGS give-way requirements for differing vessel types (Rule 18). While Sea Hunter knows that under the right circumstances it has the right of way when interacting with a power driven vessel, it cannot tell the difference between a power driven vessel and a sailboat or a vessel restricted in its ability to maneuver – vessel classes which will have the right of way over Sea Hunter (with exceptions).

For now, Sea Hunter must rely on an onboard human operator to contribute this element of COLREGS compliance and collision avoidance; in addition, as Sea Hunter cannot interpret VHF radio calls on its own, bridge-to-bridge communications and passing arrangements will also be handled by a person.

DARPA's program manager for the project, Scott Littlefield, suggests that manned operations will be the interim solution to these limitations while contractors work on a next-generation sensor system to identify vessel lights and shapes; installation is planned for next year. With testing set for San Diego – where dozens of private marinas should guarantee a steady supply of sailing vessels in coastal waters – Sea Hunter will have an opportunity to refine this capability.

A spokesman for Leidos, the main contractor for the project, said that all of the additional technology required to bring Sea Hunter up to the legal requirements of COLREGS – without constant manned supervision – is well within reach. But for practical purposes, he suggested that the system's current level of capability is a reflection of its intended open-ocean mission, and that its lack of fine-grained knowledge of the Rules could be accommodated safely by means of keeping ample distance between Sea Hunter and all other traffic. Busy VTS areas like the Straits of Malacca are out of the present scope, but quite technically feasible, he suggested – with enough funding.

In opening speeches, DARPA and Navy officials stressed the system's COLREGS compliance and described it as “autonomous,” but a DARPA spokesman suggested that “highly autonomous” would be a fair characterization of the system's present state of development. Littlefield said that it could be likened to an interim phase in the evolution of the self-driving passenger vehicle. Sea Hunter is not yet the maritime equivalent of a Google Self-Driving Car, handling rush hour in downtown San Francisco, but it could be likened to a freeway-self-driving Tesla Model S – and its “existence proof” is a major step towards the adoption of fully autonomous surface warfare systems.