The maritime sector is moving rapidly toward autonomous shipping due to the safety, efficiency, and environmental gains that autonomy delivers.  An Australian marine technology company, MAID (Marine Autonomous Intelligent Docking), has developed and patented intellectual property ("MAID IP") on systems and methods that enable fully autonomous docking and positioning of marine vessels ("MAID Technology"), an integral requirement and arguably, the most important foundation for enabling autonomous ships.

Globally, it is reported there are approximately 3,000 marine collisions each year, costing companies upwards of $20bn.  Studies show that three-quarters of collisions are due to human error.  With the introduction of autonomous shipping technologies, collisions will be dramatically reduced and potentially eliminated entirely.

For the environment, autonomous technologies are now seen as a key contributor to reducing CO2 emissions in the maritime sector by enabling faster positioning and more efficient control while optimizing speed profiles that can lead to fuel savings and fewer emissions.  Additionally, maritime incidents like groundings and collisions can have a serious impact on the environment and are often attributed to insufficient situational awareness – autonomous technologies can help to prevent accidents and thereby protect the environment.

Autonomous shipping will need to overcome some initial challenges such as adhering to COLREGS, which outlines the ‘rules of the road,’ providing navigation instructions for ships to follow to prevent collisions at sea.  Then there is the question of cybersecurity to ensure autonomous vessels are not prone to cyberattacks and hijackers who could potentially take what is called ‘virtual control of the vessel’.  And finally, not least because the UN Convention on the Law of the Sea 1982 requires (under Article 94) that each ship must have a master who is always ‘in charge’.

On May 25, 2021, it was announced the Maritime Safety Committee (MSC) of the International Maritime Organization (IMO), at its 103rd session in May 2021, completed a regulatory scoping exercise to analyze relevant ship safety treaties, to assess how Maritime Autonomous Surface Ships (MASS) could be regulated.

The completion of the scoping exercise represents an all-important first step to ensure that regulation will keep pace with technological developments.  Varying degrees of autonomy were considered: crewed ship with automated processes and decision support (Degree One); remotely controlled ship with seafarers on board (Degree Two); remotely controlled ship without seafarers on board (Degree Three); and fully autonomous ship (Degree Four). 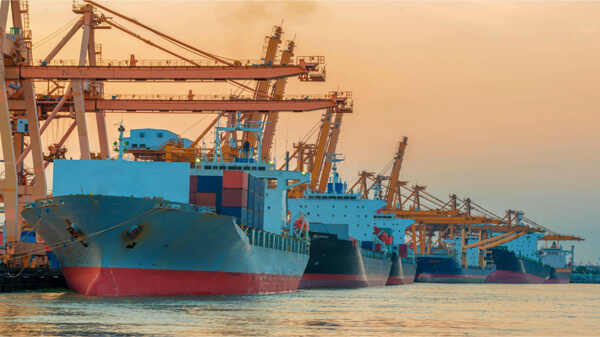 It is likely a step-by-step approach will be needed to achieve autonomous shipping and as such, the maritime sector is looking to automate smaller parts of a ship’s operation to deliver immediate benefits such as enhanced safety and operational efficiency while ensuring ships have a simpler operating profile. An example of Degree One autonomy is autonomous docking/departure which is a fundamental aspect of autonomous shipping given it is the start and endpoint of every ship’s journey.

This post is sponsored by MAID Systems. For more information about the MAID Technology and MAID IP, please visit https://maidsystems.com/