Commercial fishing operations in particular exist in an environment that is often referred to as a jurisdictional black hole - a situation where there is no real social or legal accountability - with those most likely to be abused, least able to have a say or stand up for themselves, says Thomas Harré, one of the legal team at Slave Free Seas (SFS). SFS is a charitable trust based in New Zealand “to fight the business of modern slavery on the seas”. It is the only NGO in the world with a specific focus on ending human trafficking for forced labor at sea.

“This is a group of people that has had little effective attention dedicated to them or their working conditions which are arguably the most harsh on the planet. The failure of many flag states and the international regulatory system to adequately implement and enforce international labor, human rights and criminal standards has exposed thousands of seafarers to exploitation and abuse globally.”

The underlying cause of sub-standard shipping practices is the commercial advantage, through cost shifting to crew and the environment. A shipowner can gain through avoiding international standards for safety, environment protection or labor conditions, he says. “The abuse and suffering experienced by these seafarers is a disgrace.”

New Zealand’s use of cheap labor on fishing boats was scathingly labelled ‘21st Century slavery’ in a US State Department report released in mid-2012. It cited conditions of forced labor, including debt bondage, imposition of significant debts, physical violence, mental abuse and excessive hours of work aboard vessels in New Zealand waters.

The 2014 edition of that report, issued in mid-June, reiterated its previous comments, noting that the NZ government has not initiated any further investigations into human trafficking for forced labor at sea, and indeed has decreased its efforts to hold traffickers accountable. The report, drafted by the US State Department, suggests that New Zealand needs to “significantly increase” its efforts to investigate and prosecute instances of human trafficking.

The issue was mentioned in the Global Slavery Index and continues to be an embarrassing topic of discussion for the New Zealand government.

SFS has a team of some of the world’s foremost experts on modern slavery, including international lawyers specializing in human rights and maritime law, world-leading academics, and a diverse group of advocates from the private sector. The organization uses research-based legal remedies to facilitate justice for seafarers trapped in exploitative conditions around the globe. Supported by a network of volunteers, NGOs and international organizations, SFS has the experience and global legal resources to implement jurisdiction-specific strategies to:

* Identify dirty supply chains
* Promote accountability
* Ensure that victims are provided remedies for the harms committed against them.

“The key resource that we are currently developing is a toolkit of legal and non-legal strategies that can be used by advocacy groups around the world to assist victims of this type of trafficking. It’s a unique product that we are making freely available in partnership with the publishing firm LexisNexis,” says Harré.

Video source: Excerpts from documentary 'Slaves Of The Ocean' 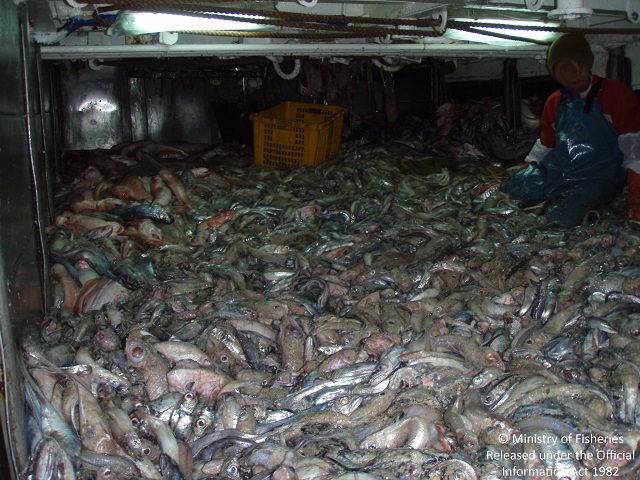