The live export trade is attracting attention in Australia with the launching of vessels such as the series of next generation livestock carriers delivered to Vroon in the Netherlands this year. Vroon is a key player in the Australia to Middle East trade.

Vroon’s latest, MV Girolando Express, is the fourth of six livestock carriers being constructed at Cosco Guangdong Shipyard. These livestock carriers are next generation vessels boasting a cargo capacity of approximately 4,500 sqm and a cruising range of around 18,000nm. They are fitted with animal welfare facilities exceeding Australian regulations and incorporate a revolutionary bow design that will ensure fuel savings while maintaining high speeds and maximum comfort for cargo and crew.

“The ships are really like modern stables on a livestock farm,” says Theodor Strauss, a guest lecturer for the STC Group Master Course in Rotterdam and South Korea and past managing director of K Line (Nederland). “Watering and feeding happens automatically, and the ventilation systems can renew the air in the stables up to 45 times an hour.”

The vessels have a large crew compliment to care for the animals and look after their cleaning. All ships have freshwater plants which can desalinate almost ten times as much water as an ordinary ship. “It is a very extraordinary type of shipping, and the biggest ships can carry more than 110,000 sheep,” says Strauss.

Over one million head of cattle have been exported overseas from Australia since September last year, up 54 per cent on the same period in the previous year. A new report from the Australian Bureau of Agricultural and Resource Economics and Sciences (ABARES) indicates that Australia is the fifth-largest cattle exporter in the world and the second-largest sheep exporter.

Australia is competing with 100 other nations in this trade, says federal Agriculture minister Barnaby Joyce. “Our producers should be proud we’re in demand because of our disease-free status and the high quality of our animals.”

The combined value of cattle, sheep and goat exports was $685.5 million in 2013 but ABARES predicts this will grow to $1 billion in 2014-15 as markets open up and the federal government prepares to review regulations introduced to improve animal welfare standards. The current Liberal government will review the Export Supply Chain Assurance System introduced by the previous Labor government after it imposed a temporary ban on live cattle exports to Indonesia in 2012. This was a response to public outcry over the treatment of the animals there.

The report’s forecast is based on re-opening markets in the Middle East, strong demand from South-East Asia, the emergence of Russia as a cattle buyer and the prospect of China allowing feeder and slaughter cattle imports.

The ABARES report has drawn debate, as it suggests that reducing livestock exports wouldn’t directly translate into an increase in boxed or chilled beef exports from Australia, an argument often put forward by animal welfare groups against the live export trade. ABARES agricultural commodity senior economist, Trish Gleeson, says there are cheaper suppliers of boxed beef including Brazil and Latin America. For sheep meat, it is countries such as Sudan and Ethiopia. 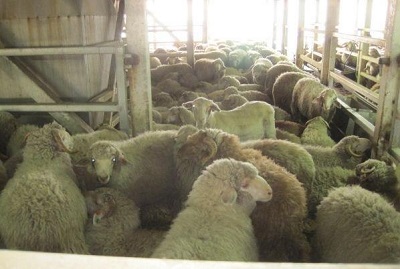 For some in Australia, the growing market and the new generation of vessels does not stop the industry from being inherently cruel. Tracey Paterson, volunteer for World Animal Protection (formally known as World Society for the Protection of Animals), says sheep in particular are inherently poor sailors. “Ship motion, high levels of ammonia, cramped conditions, noise and vibration are all factors that cause suffering and stress. The pellets the sheep are fed on board are unfamiliar to them and some of them don’t eat. Add to this a sea voyage which typically lasts for about three weeks but which can be longer, during which time they are lying down in their own urine and faeces and enduring high temperatures and humidity beyond which they are used to.

“At the end of their voyage they are often subject to rough handling, and many will be slaughtered by having their throats slit whilst fully conscious. The throat cut can be extremely cruel, often hacking and stabbing multiple times with poor quality knives. Also, to make the cattle easier to handle, they sometimes slash their leg tendons to make them fall down.” 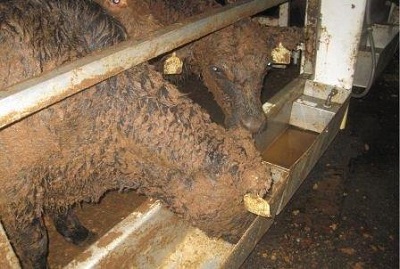 Paterson says a transition away from live exports to a chilled and frozen meat trade would not only spare animals this suffering, it would also create jobs, boost regional economies and protect farmers. “If the nearly two million sheep exported in 2013 were processed in Australia, they would create about 600 jobs. Similarly, if the 775,000 head of cattle exported were processed in Australia they would create 1,300-1,500 jobs.”

There is a growing awareness and concern by the Australian community of the suffering of animals in the live export trade, says Paterson. “Community opposition to live exports is strong and will continue to grow, fuelled by the relatively frequent animal welfare failures associated with live exports.” A Nielsen poll conducted in 2013 highlighted that 86 percent of Australians would be more likely to vote for a candidate who promised to phase in chilled meat as an alternative to live export.

“We don’t believe an overnight ban is the answer which is why we are calling for a sustainable transition over time which would benefit Australian animals, farmers and the economy.”

Strauss' approach to the issue: “While it can be understood that some people do not like the export of live animals, it should be realized that for religious reasons the import of live animals is unavoidable. Consequently the introduction of these very sophisticated livestock carriers is an excellent contribution of Vroon towards animal welfare.”