This summer, the Naval Historical Foundation awarded the Coskey Prize to high school junior Jessie Henderson. The prize is named after Captain Ken Coskey, a Vietnam War combat aviator and prisoner of war. In a competition marking National History Day each year, the prize is awarded to the student whose project best captures an appreciation for naval history. 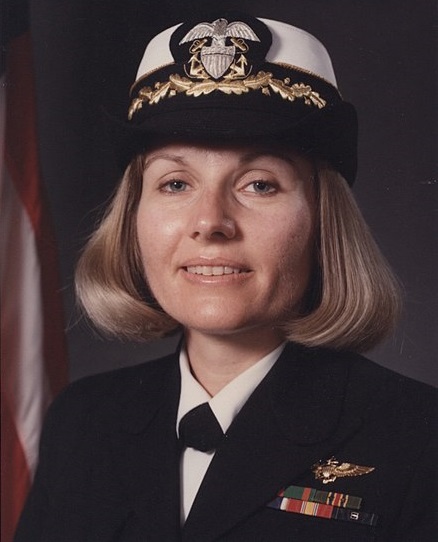 Henderson was awarded the prize for her video “Unwelcomed Soldiers Invading a Fraternity: Breaking Gender Barriers in the U.S. Military.”  The video shares the story of Navy trailblazer Captain Rosemary Bryant Mariner (left), who died in 2019.

Captain Mariner joined the Navy in 1973 and became one of the first female Navy jet pilots, flying the A-4C and the A-7E Corsair II. Later in her career, she worked with Congress and DOD leaders to overturn laws preventing women from serving in combat.

Henderson lives in Cleveland, Tennessee and attends Bradley Central High School.  She first started participating in the National History Day competition when she was in eighth grade. She was a sophomore when she learned about Mariner from a family friend.  The theme for the 2020 National History Day competition was “Breaking Barriers in History."  Mariner broke many barriers, and Henderson decided to write about her.

From newspaper articles, Henderson learned about Mariner’s work to overturn laws banning women in combat.  She contacted Mariner’s husband, Cmdr. Tommy Mariner, and interviewed him for the video. Cmdr. Mariner shared his wife’s papers with Henderson and he showed her Captain Mariner’s uniform. Cmdr. Mariner also connected her with female Navy aviators who had followed in his wife’s footsteps.

Mariner, according to Henderson, never gave up on her dream to become a Navy aviator and fought to obtain the job. She opened doors for the women who followed her and made sure that they stayed open.

When I spoke with Henderson this month, I asked what she wanted to do when she grew up, and she said that she would like to be a historian. Henderson also shared that she’ll be competing in the National History Day competition this year as a junior.

I asked how Henderson knew that she’d had been nominated for the Coskey Prize. Matter-of-factly, she said that she nominated herself after learning about it from a friend. Henderson also credited her teacher Ms. Mitchell for encouraging her to participate in the program. Ms. Mitchell spent her personal time, weekday and weekend nights, helping Henderson research Mariner, develop the script and finalize the video.

At the end of the conversation, I asked Henderson what readers should remember about Mariner. Her response was short and to the point – that Mariner used her position within the Navy to show other women that they could do anything they want to.

Denise Krepp is a former Coast Guard officer and former Maritime Administration Chief Counsel. This article reflects the author's views alone and does not represent the position of any organization with which she is affiliated.