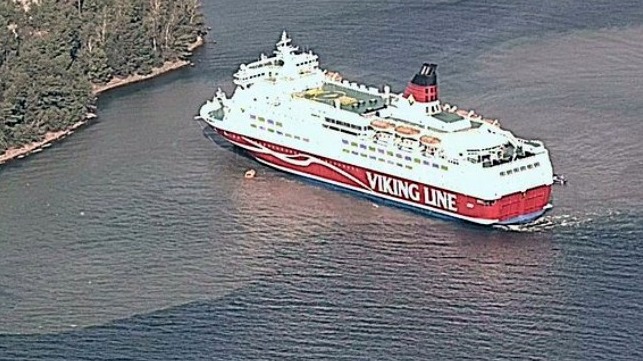 The following is a guest editorial in response to a Maritime Executive piece entitled “Renewing Sea Year: Better reporting is needed for the troubled USMMA training program,” published July 12.

With few exceptions, no one knows the problems of sexual harassment at sea better than the women who sail in the merchant marine. A number of USMMA female graduates (including myself), representing five different decades of graduating classes, recently appeared on Maritime TV to share our observations and opinions of the environment at sea. The panel included women who are currently sailing and have sailed as Midshipmen – women who have nothing to gain and are only interested in the welfare of the USMMA Midshipmen. Sexual harassment is not something to be taken lightly. But, MARAD’s decision to halt sea year based upon unsupported anecdotal data that is contrary to its own data and the experiences of women at sea cannot be taken lightly either. Those of us who appeared on Maritime TV studied publicly available data and reports, including the recent Town Hall meeting that featured comments by the Maritime Administration (MARAD). What follows is a summary of our views and opinions:

1. There are, and have been, incidents of SA/SH (Sexual Assault/Sexual Harassment) taking place at sea – just as there are on land – and our hearts go out to the victims; but, despite the fact that there are such incidents, no published reports (that we can find) document a problem that justifies a stand down of Sea Year on commercial vessels.

2. MARAD’s decision relating to the environment at sea is not supported by validated data in published reports. MARAD and its Advisory Board have referenced anecdotal incidents that have not gone through a validated survey process as best we can tell. (We have worked with a statistical expert to review the data in publicly available reports.)

3. Our sources confirm that state maritime school cadets continue to sail on commercial vessels – which begs the question: Why are state maritime schools putting their cadets at risk if the environment is as hostile as Mr. Jaenichen, the Maritime Administrator, has represented? Interestingly, given federal funding of the state schools, MARAD does have influence, if not the direct authority, to demand compliance. One answer is that there is no validated data to support Mr. Jaenichen’s assertions. As my colleagues have attested, the environment at sea is not hostile to Midshipmen.

4. MARAD must engage in continuous improvement of its processes that allow reporting of incidents without retribution; and then armed with that information, must immediately implement corrective action to insure that the cause of that incident is corrected.

5. Responsibility for that continuous improvement lies with MARAD leadership and they need to be held accountable for improving results. In the Academy’s 2014-2015 Sexual Harassment Report, the report states: “Moving forward, the Academy must address the reasons why Midshipmen do not report sexual harassment and sexual assault …” Reporting is a critical element of the process, since without understanding root causes of problems, corrective action cannot be undertaken; MARAD must improve performance on this key indicator.

6. There are processes in place on commercial ships, and my female colleagues who are actively sailing report that commercial shipping companies take these policies seriously and train their employees on SA/SH. USMMA female Midshipmen have been going to sea since 1975. My colleagues report a safe environment at sea, as do other female midshipmen to whom we’ve spoken.

7. Other federal academies have had significant incidents of SA/SH, but these academies have not shut down major programs in their core curriculum. In the Town Hall, Mr. Jaenichen was questioned why MARAD took an action against USMMA to shut down its Sea Year program on commercial vessels (a major core curriculum program at USMMA) versus actions taken at other federal academies, but Mr. Jaenichen did not respond to this question.

8. MARAD has cited the Academy’s recent accreditation report where it notes the need “to improve the safety and climate of respect that all midshipmen encounter during the Sea Year experience.” We wholeheartedly agree that there needs to be a commitment to improve—constantly, as there should be with every critical aspect of safety of life at sea. However, we take particular exception to Mr. Jaenichen’s closing comments at the Town Hall where he made statements that seemingly attempted to deflect his own responsibility by indicating that the Maritime Administration must address the “culture of the [maritime] industry.” By doing so, without any published support or other data, Mr. Jaenichen has chosen to call into question the professionalism of all competent mariners and seemingly serves no purpose. Indeed, the female USMMA graduates currently sailing in various capacities and for different companies universally noted that each of their companies had policies and procedures in place to deal with incidents of sexual harassment and that they and all crew members were given training on the topic. Mr. Jaenichen’s comments are disrespectful to professional mariners and serve no purpose but to either deflect the criticism of those under his direct supervision or provide an excuse for the report related to the reaccreditation of the Academy.

I encourage alumni, parents, and concerned citizens to read the published reports and call your Congressmen to voice your concerns. Now is a great time since Congress is in recess. Getting Midshipmen back to sea on commercial vessels needs to happen immediately in the absence of any data supporting this action. True concern about the welfare of Midshipmen argues for immediate reinstatement of Sea Year on commercial vessels so that their graduation and careers are not further jeopardized. The Midshipmen deserve it. Just as there should be zero tolerance of SA/SH, there should also be zero tolerance for decision-making that was made without supporting data and without any input from key stakeholders.

A Finnish passenger-car ferry, the Amorella, grounded on September 20, in the Aland Islands during one of its daily voyages between Turku, Finland, and Stockholm, Sweden. None of the passengers or crew were injured, but the vessel remains hard aground with reports of damage. The Amorella, operated by Viking Line, was sailing towards Mariehamn in the Aland Islands, an archipelago in the Baltic near a mid-point between Sweden and Finland. The vessel possibly struck a submerged object or touched bottom...