The Three Seas Initiative: Europe's Answer to the Belt and Road?

A quest to modernize dilapidated infrastructure in Central Europe has quickly transformed into a geopolitical contest.

A new infrastructure connectivity initiative in Central Europe is the latest stage for a geopolitical contest. A diverse group of European Union member states in the traditional “buffer zone” between Western Europe and the East have long suffered lagging living standards and weaker economies. Their poorly connected energy and transport infrastructure reflects their history, in particular their separation from Western Europe by the Iron Curtain during the long decades of the Cold War.

Nevertheless, in recent years, at least until the Covid-19 crisis, the countries of Central and Eastern Europe were among the fastest growing economies in Europe. All suffer constraints from significant infrastructure deficits. But rather than seeing themselves as competitors in the race for infrastructure, 12 countries have united in recent years under the “Three Seas Initiative”, and are looking to boost connectivity for energy security, the digital economy and transportation. The name connects the nations located between the Adriatic, the Baltic and the Black Seas.

With backing from the United States, the “3SI” looks like Central Europe’s answer to China’s Belt and Road Initiative, which also reaches into the region. Does that make the 3SI a competitor of the BRI? The US certainly sees it that way, although not all EU member states agree.

Now that the US has become an exporter of oil and gas, it is keen to sell energy supplies and technology to Central Europe.

Officially launched in 2016 by Croatia and Poland, the 3SI was enthusiastically endorsed by the EU’s strategic partner, the US. Indeed, President Donald Trump included its Warsaw summit on the itinerary of his visit to Europe in 2017. The EU was a little more circumspect at first, although it has come around to the significance of the initiative, which covers one third of the EU in area and includes about 100 million of the EU’s 445 million inhaibitants.

The US support reflects the primary geopolitical purpose behind the 3SI. The opportunity to drive a wedge between Russia and its former zone of influence in Central Europe not only appeals to the US, but promises the added advantage of beefing up US trade and other interests in the region.

Now that the US has become an exporter of oil and gas, it is keen to sell energy supplies and technology to Central Europe. That will require a better pipeline distribution system, one that doesn’t simply run from Russia to Germany, as in the case of Nord Stream 2, currently under construction. Indeed, the focus of the 3SI to date has been on new south-north gas pipeline infrastructure, with plans to link the Adriatic island of Krk in Croatia to ?winouj?cie in Poland and Klaip?da, Lithuania, on the Baltic Sea. 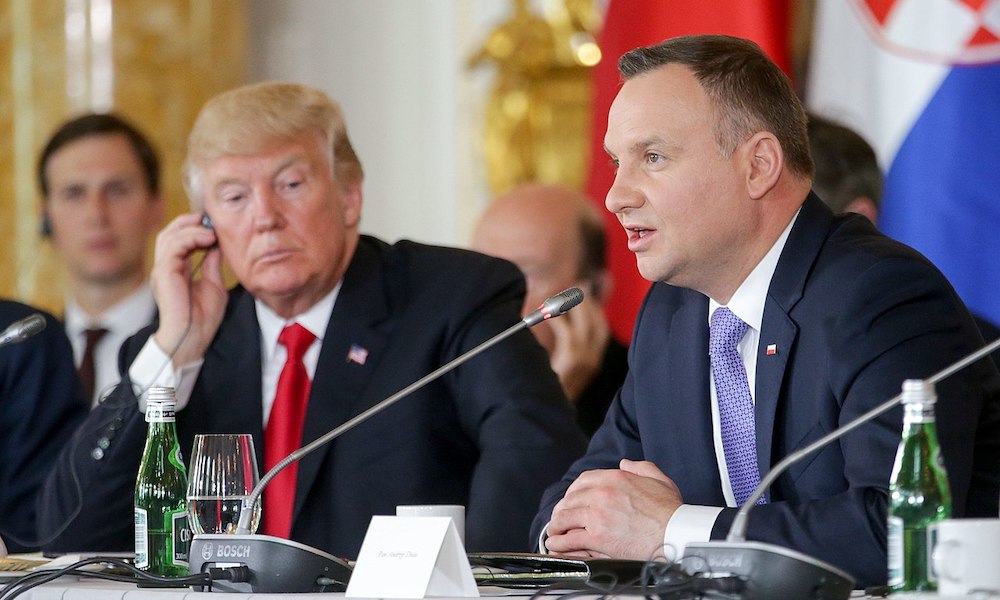 Russia is understandably suspicious of the whole enterprise and sees it as aimed at preventing its economic (and other) influence over its former, Soviet-era occupied territories. This is indeed doubtlessly a motivation.

Since the initiative was established, however, the US has shifted its attention to a new geopolitical competitor, China. So, what does 3SI mean for US rivalry with the Belt and Road Initiative?

While China has no interest (or capability) to export energy to Central Europe, it does have substantial interests in two other pillars of the 3SI, transportation infrastructure and the digitalisation agenda. China has some of the world’s leading construction firms building road and rail infrastructure and, controversially, its tech firms have become leaders in some of the technologies underpinning the so-called “fourth industrial revolution”, in which fast wireless connectivity, AI, big data and quantum computing will underpin the industries of the future.

The motivations of the 3SI members are mixed, both political and pragmatic.

It is therefore not surprising that Washington, which is committed to strategic competition with China, is keen to marshal the support of Central Europe for its own vision of future infrastructure connectivity, rather than a vision from Beijing. At the Munich Security Conference in February 2020, US Secretary of State Pompeo pledged up to $1 billion to finance 3SI infrastructure projects. When the cash begins to flow, it will helpfully leverage a commercially focused Investment Fund established by 3SI members themselves, which Poland kicked off with a contribution of €200 million. The fund has subsequently received smaller contributions from most other members. China need not apply, one can assume.

A "List of 48 Priority Interconnection Projects" was agreed at the 2018 3SI Summit in Bucharest, across the three pillars of energy, transportation and digital. The EU is expected to provide funding for about half these projects, with the highest level of EU financing earmarked so far for multilateral energy and transportation projects. The Fund’s first projects are expected to be announced before the end of the year.

The motivations of the 3SI members are mixed, both political and pragmatic. Poland, the Baltic States and some others are primarily driven by a historic geopolitical imperative to shore up the region against Russia, and increasingly in these countries China is also seen through the same geopolitical lens, with populations suspicious of Chinese firms and Chinese political influence. Hungary, Austria and some other members are hedging and seeking benefits from whichever major power is making offers, including China, looking for infrastructure funding from wherever they can source finance.

Nevertheless, all countries in the region rely on the US presence to provide deterrence from aggression, and only two, Poland and Estonia, are in compliance with the NATO goal of committing two percent of GDP towards defence, underlining the region’s dependence on the US. Meanwhile, the EU remains polarized around political values that often divide along the lines of whether Chinese infrastructure finance is welcomed or feared. 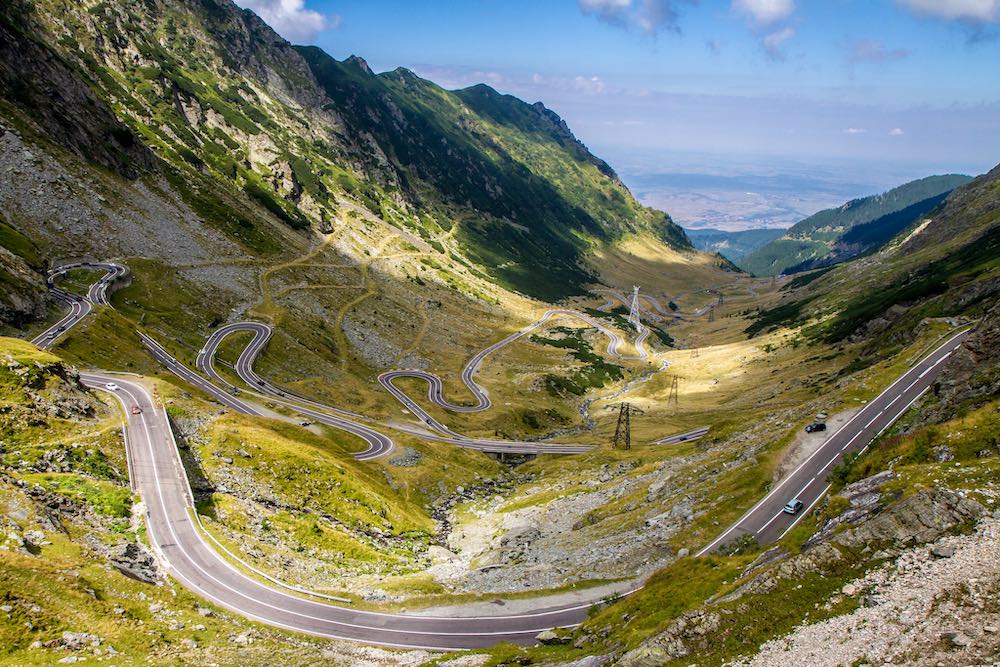 The Transf?g?r??an Highway, in the Carpathian Mountains of Romania, built in the early 1970s under the rule of Nicolae Ceau?escu (Garrett Ziegler/Flickr)

A notable feature of the Central European member states of the EU, all of which joined in the last two decades, is that they tend to take much more conservative and nationalist positions than their more liberal and cosmopolitan counterparts in Western Europe. This divide is likely to become a defining feature in the EU in the future.

It also means some Central European members bristle when Brussels tells them they cannot deal with China, while China has appeared to hold so much promise as a source of investment to create jobs and drive economic growth. Little of that promise has yet been delivered, however, with Chinese investment in Europe overwhelmingly flowing to the larger, more advanced economies such as Germany.

Hungary is notable for its approach, with its sometimes reluctant embrace of the EU while pursuing a “look East” policy that seeks to attract economic support from China as well as other major economies of Asia. A number of Hungarian experts interviewed for this research identified risks that both China and the US will seek to exert influence over the 3SI, including skewing projects towards their own economic interests, and potentially placing conditions on finance that may not appeal to recipients.

Member states such as Hungary will be keen to keep their options open, including drawing support from the EU and the 3SI as well as, when appropriate, China’s BRI. For 3SI members, it is all about complementarity rather than exclusivity. That may not satisfy Washington, or even Brussels.

It is not yet clear how projects with Chinese involvement may be factored into the 3SI, or whether they will be kept separate.

A further concern about the 3SI is whether national governments will deliver on major projects, such as a mooted north-south highway, or “Via Carpathia”, a grandiose idea to link the Greek port of Thessaloniki to Klaipéda in Lithuania. Such an ambitious project would require a string of member states investing in upgrading their currently substandard road networks.

At the 2020 3SI Summit on 19 October, its host, Estonia, lived up to its reputation as the world’s leading digital nation by livestreaming the meeting, allowing observation of the nuance in how national leaders framed the initiative. For most, there was a clear focus on infrastructure driving economic development, aimed at convergence with Western Europe. The incoming chair, Bulgarian President Rumen Radev, nevertheless noted that infrastructure also has security implications. It was also notable how many times speakers referred to the region’s “partners” – the EU, Germany and the US. Germany has been signalling its interest in joining the 3SI for the past two years, to no avail. The US, meanwhile, was present throughout.

The language at the Summit shifted to overt geopolitics when it came time to discuss digital infrastructure. The US has been bringing its influence to bear on individual member states to ban Huawei and other Chinese suppliers from their digital infrastructure, as envisaged in its plan for a “Clean Network” of “trusted suppliers” and countries. Summit host Estonia was perhaps understandably keen to give the US a platform after its own experience of cyber attacks (from Russia in 2007). US Under Secretary of State for Economic Growth, Energy, and the Environment Keith Krach took the opportunity to go full Cold War in his fiery, Pompeo-like rhetoric about the battle between freedom and authoritarianism that requires freezing out technology from China. Not all 3SI members are likely to agree. Hungary, for one, which hosts a Huawei logistics hub for Central Europe, would be unlikely to see the benefit of confronting China.

In the field of transport infrastructure, Hungary is already proceeding with Chinese finance to upgrade its railway connection to Serbia, with the higher-speed Belgrade to Budapest railway a signature BRI project, although widely distrusted in the region for opaque decision-making. Might 3SI in time extend a high-speed rail line all the way to Warsaw? Bulgaria has a framework agreement with China to build four motorways and a tunnel. It is not yet clear how such projects with Chinese involvement may be factored into the 3SI, or whether they will be kept separate, which appears more likely.

At the end of the day, some healthy competition is good news for a region long overlooked for infrastructure development. The EU, US and China are all keen to increase investment, and a more strategic approach to long-term planning and interconnectivity could surely encourage a degree of complementarity. Indeed, the EU has been discussing for several years greater coordination of transport infrastructure through the EU-China Connectivity Platform.

At the end of the day, some healthy competition is good news for a region long overlooked for infrastructure development.

Yet it would be naive to take such discussions at face value. When, for the first time, a Chinese company won a tender on an EU project to build a bridge in Croatia, there were widely publicized complaints the Chinese bid had been undervalued, even though an appeal against the decision failed. European protectionism is nothing new, and Chinese firms will likely find that guidelines for future tenders will be much more difficult to meet.

If the 3SI can deliver greater south-north road and energy infrastructure, this will also benefit both the US and China, providing them with new access points to trade and invest in a part of Europe with untapped potential. Ultimately the region’s future technology infrastructure, though, is likely to be determined in Brussels, on an EU-wide basis and according to risk-management principles, which has potential to disappoint both superpowers.

The outright loser across all three pillars of the 3SI, energy, transport and tech, appears to be Russia, which will simply become less relevant to the economies of Central Europe.

This article appears courtesy of The Lowy Interpreter, and it may be found in its original form here.