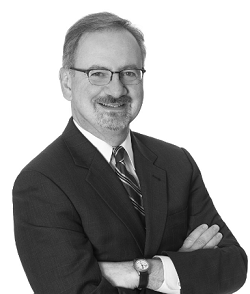 On July 31, 2019, the Senate Committee on Commerce, Science & Transportation reportedfavorably the Coast Guard Authorization Act of 2019 (S. 2297) without including either anti-Jones Act provisions which were offered or the Jones Act modifications included in the House of Representatives’ version of the legislation.

Earlier this year, Senator Mike Lee of Utah introduced legislation in March (S. 694) to repeal the Jones Act U.S.-build requirement and in June (S. 1873) to expand the existing Jones Act waiver law. Neither measure has any co-sponsors, and the Senate has not taken any action on either proposal. Existing law permits waiver of the Jones Act only when it is in the “interest of national defense.” S. 1873 would permit a waiver when no qualified U.S.-flag vessel is physically available to undertake the movement of merchandise without the requirement for a national defense finding.

During consideration of the Coast Guard Authorization Act on July 31, Sen. Lee offered his waiver concept as an amendment justifying it on the basis that there are no Jones-Act qualified large liquefied natural gas (LNG) vessels to transport LNG from the U.S. gulf coast to the eastern U.S. or to Puerto Rico. Sen. Lee assert that the lack of such vessels prevents other regions of the U.S. from obtaining U.S. source natural gas in lieu of importing such gas from other countries.

Senator Roger Wicker of Mississippi, the Committee Chairman spoke out against the amendment stating the existing waiver process was adequate and that granting additional waiver authority to the executive branch was an “end run around the Congress.” Senator Ed Markey of Massachusetts pointed out that existing law permits certain grandfathered LNG tank vessels to be reflagged under U.S.-flag – but the absence of such reflagging indicates that there is no pressing need for the vessels. Senators Maria Cantwell, the Ranking Member, and Dan Sullivan also spoke out against the amendment which failed four to 22.

Sen. Lee also offered an amendment to permit the U.S. Coast Guard to purchase icebreakers from NATO countries, which also failed by the same vote. Current law requires the Coast Guard to acquire only U.S.-built vessels.

Not included in the Senate version of the Coast Guard Authorization Act were modifications to the Jones Act affecting offshore wind and the offshore oil and gas industry which were included in the House of Representatives’ version of the legislation. The House provisions modify existing heavy-lift requirements, address prior Customs and Border Protection vessel equipment rulings and make more stringent the existing Jones Act waiver law.

After the Senate passes the Act, the House and Senate will have to work out differences in the legislation sufficient that it can again be passed by each chamber and signed by the President before becoming a law.

Charlie Papavizas focuses his practice on administrative, legislative, and finance matters, primarily in the maritime industry generally and the U.S. offshore wind industry in particular. He has been actively engaged in the U.S. offshore wind sector since 2009 and counsels a number of clients working in various aspects of the industry. Charlie is frequently consulted on the application of U.S.-flag laws and regulations, particularly the application of U.S. coastwise laws (Jones Act) to cargo, passenger, and vessel movements and investments in U.S. companies.