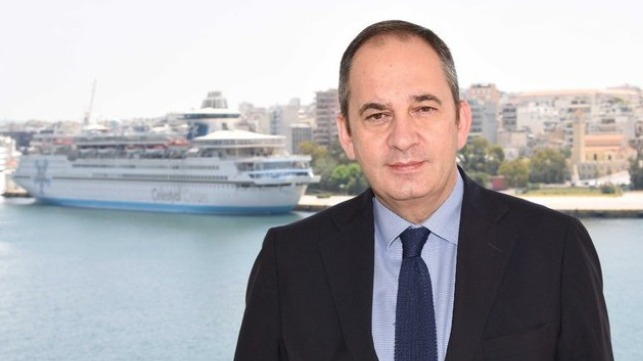 Several regions internationally that include the low lying Solomon Islands, New Hebrides, Laccadive Islands and even the coastal region of Norfolk, Virginia in the U.S. have reported recent occurrences of rising sea levels and coastal flooding involving seawater. While slow movement of the earth’s tectonic plates could account for the perception of rising sea levels in some regions, the slow melting of ice in the polar regions is another possible cause.

The earth’s long-term geological record suggests alternating extended periods of warmer temperatures and colder temperatures. During cold periods such as ice ages, sea levels dropped and exposed land bridges across several shallow channels and straits that may include Bering Strait, Strait of Dover and Strait of Malacca. Ice ages and lower sea levels made possible migration of people and animals between land masses that had previously been separated by seawater. Warmer temperatures reduced the volume of polar ice and caused seawater levels to rise to their current levels, with further slow rise of seawater over the next century.

While rising sea levels would inundate presently inhabitable coastal land, it could prompt governments to seek solutions to preserve valuable coastal developed land. By contrast, some segments of the maritime transportation sector could actually benefit for rising sea levels by offering greater navigation at shallow-draft ports. An increase in port water depths could allow larger ships to call at ports that would previously been off limits to such ships. The arrival of larger ships would translate into lower international shipping rates per unit mass of bulk freight or per unit volume mainly involving container freight.

Much of the Netherlands lies below maritime sea level and the construction of sea walls have protected heavily populated regions from flooding by seawater. In the southern U.S., a significant segment of the City of New Orleans lies below sea level and where until Hurricane Katrina, a sea wall has protected some heavily populated areas from flooding by seawater. The sea wall precedents at the Netherlands and at New Orleans could form part of the future business plans of low-lying coastal cities where considerable wealth is invested in tall buildings located near the coast.

The rise of sea levels caused by climatic change is occurring slowly and perhaps sufficiently slowly to encourage numerous city councils and regional governments internationally to consider constructing barriers between the rising sea and heavily populated coastal regions. Given the slow rate by which sea levels are expected to rise, designers of sea walls could develop designs that could progressively be built to greater height in response to the slow rise of the seawater. Less affluent regions and neighborhoods could face the prospect of declining populations as people seek to relocate to higher elevations.

Some coastal regions could implement a version of the land reclamation initiative that occurred at Cape Town, South Africa, where land was reclaimed from the sea through dredging of Table Bay and depositing the material on the shallow former beach area. Until the 1930s, Cape Town’s old Victoria and Albert docks had served the region from the days of the old wind-driven sailing ships that carried the trade of a bygone era. Cape Town needed a dock capable of berthing longer, wider and deeper draft ships that had been entering service.

The construction project involved dredging, depositing the dredged material on to the beach area and the construction of a sea wall between the sea and land that had been reclaimed from the sea. It is a precedent that could be duplicated elsewhere to raise the height of the coastline relative to sea level. It could also allow for the construction of the equivalent of a coastal seawall that could surround and protect low-lying large inland areas of coastal cities.

During the 1950s era, Canada built a navigation lock across the Strait of Canso as a means to reduce the powerful tidal that had previously flowed through the strait and disrupted ship transportation operations. Courtesy of modern construction techniques, there may be scope to develop sea walls (oceanic dams) and navigation locks across several straits internationally. Possible candidate straits would include Strait of Hormuz, Strait of Bab-el-Mandeb, Strait of Gibraltar, Kattegat between Denmark and Sweden, Cabot Strait and Strait of Belle Isle in Eastern Canada plus Queen Charlotte Strait and Strait of Juan da Fuca in Western Canada.

The construction of combination sea walls and navigation locks across several straits will require international cooperation. Locks design will need to include pumping equipment to maintain the elevation of several bodies of water that will include the Baltic Sea, Mediterranean Sea, Persian Gulf and Red Sea. Further research will need to establish as to whether the levels of evaporation from these seas will be sufficient so as to maintain water levels to remain comparable to traditional water levels. Rising sea levels will give rise to large bodies of water at different elevations across the oceanic dams.

Significant differences in water elevation across a dam structure provides opportunity to install pumping turbines in the dam structure, with the combination of wind turbines, solar PV installations, ocean wave power conversion technology and future radiation-free nuclear fusion power stations being located within close proximity to the oceanic dams. The sheer size of the oceanic dams would allow for power transmission lines to connect to very distant locations including across international borders. For part of the cycle, electric power would push seawater from the low-elevation side to the world’s ocean side.

During periods of high demand for electric power, seawater would flow from the ocean side through turbines to the low elevation side, perhaps a height difference of 50 feet or 15 meters. Each oceanic pumped storage installation may be capable of generating 10,000MW of electric power over four to six hours. The size of the oceanic hydraulic storage reservoirs could provide several months of continuous power generation, allowing for future seasonal energy storage planning. Oceanic dams built across channels and straits could simultaneously protect low lying areas from flooding while making mega-storage of energy possible.

Jordan’s government had proposed to save the Dead Sea by diverting seawater from Gulf of Aqaba and there have been proposals to adapt the Salton Sea for pumped hydraulic energy storage. The precedent of the digging of the Suez Canal can serve as the basis by which to connect channels between the ocean and nearby coastal land depressions. There may also be scope to dredge a channel between the Don River near the Sea of Azov and the Caspian Sea to flow additional water over a period of several years, from the ocean to lower elevation.

The future option of raising water levels in the Caspian Sea would require international negotiation involving agreement among the governments of Russia, Kazakhstan, Turkmenistan, Azerbaydzhan and Iran to present a proposal to the international community where coastal cities internationally could be provided with an extended time frame by which to adjust to rising sea levels. Raising the Caspian Sea to international maritime sea levels could allow for ship transportation via navigation canal to and from the Black Sea and also Sea of Azov, in turn providing direct maritime transportation for Azerbaydzhan, Iran, Turkmenistan and Kazakhstan to access European ports.

There may be potential to derive possible economic benefit from flooded land depressions. To maintain constant salinity levels, there may be need to install a pipeline on the channel floor between the ocean and the deepest levels of the flooded land depression. Solar driven pumps would push higher salinity seawater back toward the ocean, allowing development of fish farms in the former depressions. Commercial and recreational maritime vessels could sail along canals that connect the ocean to former depressions that could allow for future development of tourist and resort areas.

Allowing salinity levels to rise would result in the capture of solar thermal energy and cause the brine to rise to 70 degrees C to 90 degrees C. At night, there may be potential to generate electric power from the temperature difference between the brine and night time air, or between brine and ocean temperature using ammonia-based Rankin-cycle engines. Large volumes of brine heated seasonally to high temperature could provide seasonal thermal energy storage that could provide winter-time interior heating for buildings along with seasonal power generation.

Future weather conditions could cause melting of ice in the polar regions along with rising levels of seawater. While preventative measures would reduce future volumes of carbon dioxide that enter the atmosphere and that may indirectly cause the melting of Polar Ice, there are other possible methods that could reduce or delay the future rate at which sea levels would rise. Transferring seawater into land depressions could extent the time frame by which populations in coastal cities internationally could plan for rising sea levels. Intergovernmental negotiation and cooperation would become essential to address the problem.

Greece’s minister of shipping became the latest official to put forth a series of proposals to the European Commission as it prepared to complete the next phase of EU rules on emissions, including incorporate shipping into the ETS. The minister took a position supporting the concepts of an independent fund for the shipping industry which works off the principle that polluters pay. In a letter addressed to the European Commission, the Minister of Shipping and Island Policy, Ioannis Plakiotakis, calls...