Marine Autonomy: The Future is Now

Vessel autonomy may be the most-discussed technology of the maritime industry's future. Its prospects are bright, but there is no need to wait: a vessel owner can buy it today, install it aboard a commercial boat and upgrade operations with modern capabilities in no time. Marine autonomy is no longer a theory or a prediction, but a product.

Boston-based startup Sea Machines has been developing and perfecting a standardized autonomous control platform since 2015. The firm's SM300 package is an autonomy suite designed specifically for commercial workboats - and commercial budgets. When deployed in the right application, like small-boat survey operations, it boosts operational productivity and yields savings of up to 40 percent. In trials conducted to date, it has shown that it can pay for itself in a year or less. 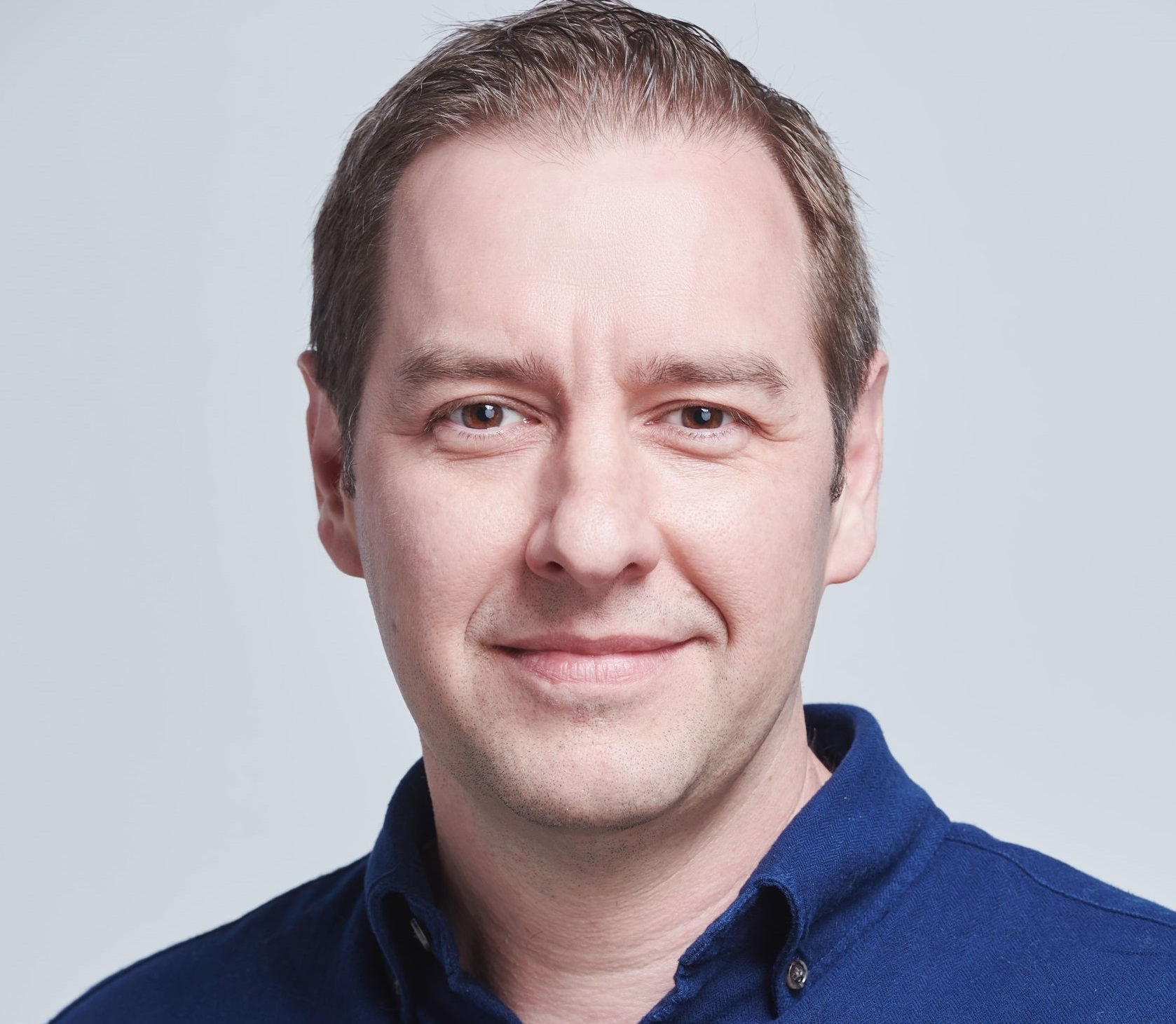 "The biggest advantage is in keeping the screws turning and keeping the vessel operating," said Michael Johnson, Sea Machines' founder and CEO (left). "For example, survey and seismic companies are no longer putting workboats in the water after dark due to the risk to the crew. With autonomy, you can continue working around the clock, which leads to more productive operations."

The SM300 is comprised of three parts. First, it has a low-level vessel controller, an industrial PLC that handles the interconnectivity and communication with onboard vessel sensors and systems as well as regulated control of propulsion and steering. Second, it has an autonomy engine, which is the on-board decision maker that commands the vessel controller with heading and speed to direct the boat's movement. Both of these software elements run on Siemens' industrial-grade hardware, all built soundly inside an IP-rated marinized enclosure. The system's third component is for the vessel operator, the graphical user interface, which can be used on board the vessel under autonomous control or remotely. This is based on a certified ECDIS system, and it can connect over wireless, 4G or satellite for long-distance remote operation. 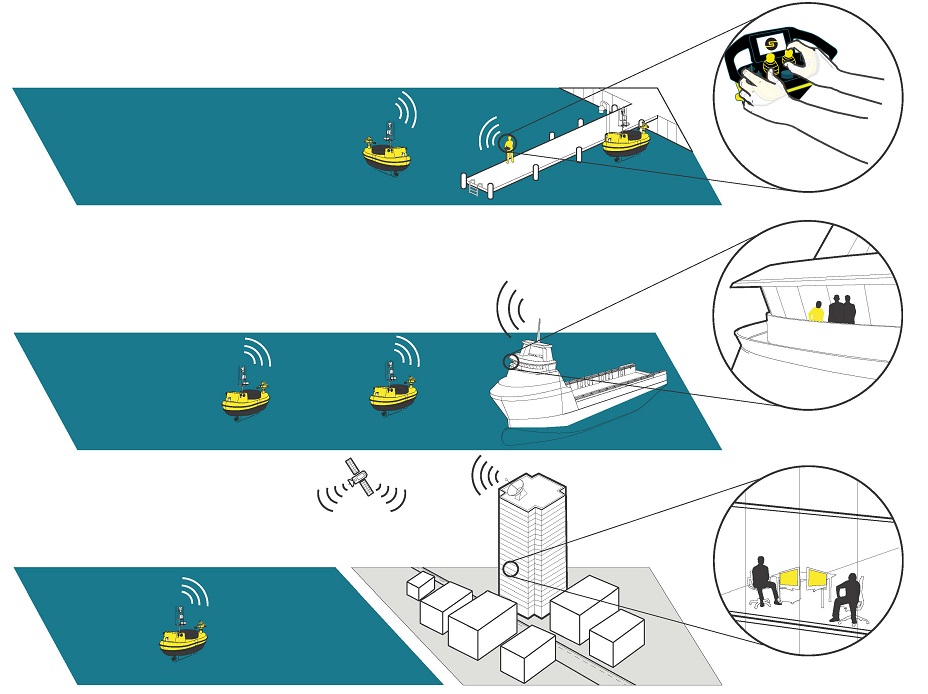 In autonomous navigation mode, the SM300 uses GPS for positioning, and it relies on ARPA, AIS and ECDIS data for situational awareness. A human operator provides man-in-the-loop oversight using a live camera feed. Sea Machines has partnered with A.P. Moller-Maersk, of Copenhagen, Denmark, to test advanced perception systems - LiDAR and optical cameras - that could augment future versions of the system, but the SM300 is ready to go today for a wide range of commercial applications. Capabilities included waypoint following, obstacle avoidance, survey grid management, collaborative following, remote payload control and more. This intelligence is perfect for operations that are monotonous or hazardous, like running survey lines, patrolling harbors, tending aquaculture operations, fighting fires or cleaning up oil spills. On manned vessels, it can de-risk navigation by reducing human error - augmenting rather than replacing the watchstander.

Sea Machines also offers a simpler option, the SM200, which includes the same marinized hardware but not the autonomy engine. It is useful for missions where self-navigation is not required but remote operation offers an advantage - for example, firefighting, where an unmanned vessel can get closer to the blaze without putting its crew at risk.

The SM300 and SM200 are built as standardized platforms and can be installed in a matter of days on virtually any vessel, from the latest drive-by-wire patrol boat to the oldest cable-controlled, all-manual tug. This makes these systems fundamentally different from most of the autonomous-navigation projects on the market, which are highly customized for each particular vessel. Since the SM300 and SM200 bolt on to an existing boat like any other piece of marine electronics, both products can be deployed across an entire fleet without difficulty - and without waiting.

Most of the autonomy projects underway today have been launched by researchers, military contractors or large suppliers. Sea Machines was conceived within the industry: Johnson is a licensed merchant mariner (Texas Maritime Academy, class of '96), and he worked on the Costa Concordia salvage, among many other projects.

In 2011, after accumulating years of experience in shipbuilding and marine transportation, Johnson joined Crowley Maritime Corp. as a vice president in the projects group. "We were taking on some of the world's most complicated, unique and exciting projects supporting Crowley's salvage group, TITAN Salvage," Johnson said. "At TITAN I worked closely with Rich Habib to help bid on and engineer a number of their salvages, including the Costa Concordia."

Sea Machines was born from that experience. "During the Costa Concordia salvage, we had dozens of vessels operating together every day, and I saw how all of our communications and vessel interactions remained highly manual. And secondly, with an apartment looking down on that wrecked cruise ship, I was constantly reminded that with the technology we have available, our industry shouldn't be able to run a $600 million ship up on the rocks and harm people,” Johnson said. “The commercial marine industry now has ability to make operations safer with autonomous-command and remote-control technologies, like Sea Machines’.”