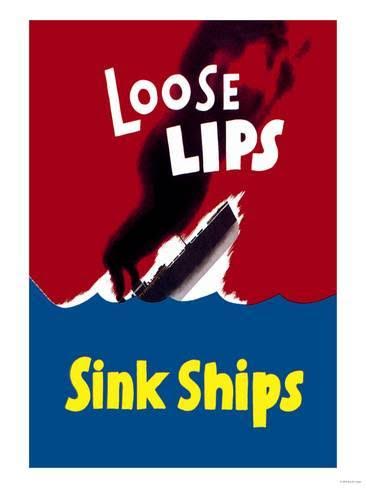 During World War II, the best way to protect the navy was to remain tight-lipped or risk divulging sensitive data on ship movement to eavesdropping spies. “Loose lips sink ships,” the public was warned. Today, while citizens continue to play a vital role in ensuring public safety, there is a completely different ask. Instead of holding our tongue, we are encouraged to speak up and report anything that doesn’t look right. “If you see something, say something,” is the modern-day mantra, enlisting everyday citizens to act as the government’s eyes and ears and report crucial information that could save lives. As illustrated by a series of successful whistleblower-initiated lawsuits and government enforcement actions, a new breed of whistleblower watchdogs have heeded this call and, in so doing, exposed frauds threatening to undermine both the safety and fiscal integrity of our naval fleet and the health of our oceans.

United States ex rel. Faulkner v. Huntington Ingalls Industries, Case No. 1:13-cv-295 (S.D. Ms.). Huntington Ingalls Industries Inc. recently agreed to pay $9.2 million to settle allegations that it knowingly overbilled the government for labor on U.S. Navy and Coast Guard ships. The settlement resolved a lawsuit brought by Bryon Faulkner, a former Huntington employee, under the qui tam provisions of the False Claims Act. The False Claims Act, the lynchpin of the American whistleblower system, is designed to incentivize whistleblowers to reveal government fraud. Enacted during the Civil War against a backdrop of nefarious contractors selling lame horses, faulty rifles, gunpowder mixed with sawdust, and rancid food to the Union Army, the Act (dubbed “Lincoln’s Law”) allows whistleblowers to file fraud actions on behalf of the government and share in its recovery. For his efforts exposing Huntington’s malfeasance, Mr. Faulkner received nearly $1.6 million of the government’s $9.2 million settlement with Huntington.

United States v. Bollinger Shipyards, Case No. 2:12cv-00920 (E.D. La.). In another recent False Claims Act case, Bollinger Shipyards Inc. agreed to pay the government $8.5 million over allegations it misrepresented the longitudinal strength of patrol boats sold to the Coast Guard. The lawsuit alleged Bollinger knowingly submitted false statements and false claims for payment to the government as part of a contract to lengthen eight U.S. Coast Guard vessels by thirteen feet. The first lengthened boat, the Matagorda, suffered a structural casualty and was made unseaworthy when its hull buckled. After an investigation, the government claimed that Bollinger provided the Coast Guard with engineering calculations that misrepresented the longitudinal strength of the boats at two times greater than their actual longitudinal strength. Fortunately, the Coast Guard was able to remove all eight boats from service before something catastrophic occurred.

The Act to Prevent Pollution from Ships. Riding the wave of rewarding those who say no to nautical fraud, the Justice Department has also been compensating whistleblowers that bring the dirt on ocean dumping. The Act to Prevent Pollution from Ships (“APPS”) includes a whistleblower reward provision incentivizing workers to come forward and combat pollution. Under APPS, whistleblowers are entitled to receive up to one-half of an assessed fine as a reward. In April 2017, Princess Cruise Lines paid $40 million to settle ocean dumping charges, $2 million of which covered its APPS violations. A British former engineer who blew the whistle on the company received $1 million for his labors. Last month, the Department of Justice fined Sea World Management & Trading Inc. $2.25 million for throwing oily waste, plastics, empty steel drums, dirty rags, batteries, and empty paint cans directly into the ocean. Since its inception, the APPS program has paid over $30 million in whistleblower rewards.

In today’s world, the government simply cannot maximize its regulatory enforcement efforts without the help of those who possess crucial information. Over 150 years after Lincoln’s Law was passed, whistleblowers’ role in helping to root out fraud and misconduct remains as vital as ever. Last year alone, the Department of Justice obtained more than $3.4 billion in settlements and judgments from cases initiated by whistleblowers under the False Claims Act. No longer relegated to silently keeping secrets in the shadows, today’s whistleblowers are bringing their concerns above deck. As the examples above so aptly demonstrate, rather than sinking ships, today, loose lips save them.