Much of the negative sentiment voiced by animal welfare organizations about Australia’s live export trade centers around how humanely the animals are slaughtered once they reach their destination. But for Dr Sue Foster, veterinarian and spokeswoman for Vets Against Live Export (VALE), not enough has been done to address poor animal welfare at sea, before the animals reach their final destination.

Heat stress is a major cause of morbidity and mortality for animals at sea, and therefore a concern to both exporters and animal welfare advocates. It starts with a marked increase in respiratory rate, with decreased or no food consumption and increased drinking. The sheep attempt to find the best ventilation they can and may smother each other in their attempts to get near air vents or pen perimeters. Ultimately, heat stress leads to death due to multiple organ failure. 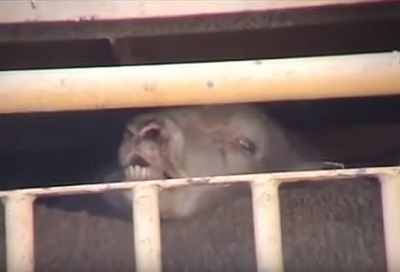 Foster has spent the last few years unravelling the paperwork trail from just one mass heat stress event to demonstrate what she sees as a failure in the heat stress model and regulatory oversight of the industry. The point for Foster is that the incident, which saw over 4,000 sheep die on a voyage from Australia to Qatar, was not an isolated event, and the issues involved have still not been adequately addressed by authorities.

The Australian Government investigation into High Mortality Voyage 46, made by the vessel Bader III, in which over 4,000 sheep died, concluded that the deaths were due to heat stress from extreme weather conditions on September 6, 2013, when the vessel was approximately 90 nautical miles from Doha.

The majority of the deaths occurred on the enclosed decks B to E. Conditions on these decks rely on forced mechanical ventilation, whereas extreme mortality incidents due to heat typically occur on stationary vessels and predominantly affect the upper open decks that rely on ventilation from wind and ship movement.

The voyage, therefore, was unusual in that the extreme mortality event apparently occurred on a moving vessel on enclosed decks. In addition, the extreme weather incident did not result in any deaths amongst the cattle or camels on board. These animals were carried on the vessel’s open decks, and heat stress measurements were reportedly normal for the cattle throughout the entire voyage.

“At no stage did the daily voyage reports, required by law, indicate that an incident involving the death of over 4,000 sheep had occurred. Indeed, the Australian Department of Agriculture was not advised of such a ‘notifiable incident’ within the statutory 12 hours,” says Foster.

Foster has amassed evidence that she believes clearly documents inaccuracies, discrepancies and omissions in the onboard veterinarian’s voyage reports regarding the location of animals and the number and causes of their deaths.

Under Australia’s Export Control (Animals) Order 2004, it is the veterinarian’s job to keep records and to make a daily report to the Secretary in addition to an end of voyage report (within five working days). Likewise the Australian Standards for the Export of Livestock state specifically that the role of veterinarians is actually record keeping, says Foster. “We know good vets do lots of other things, but that is the first legal requirement. It should be done….and it wasn’t.”

The Department of Agriculture report into the incident did not note the discrepancies in the veterinarian’s reports. “There is no reference to a high mortality incident or an extreme weather event in the onboard veterinarian’s daily voyage reports and that should have been noted in an official investigation report,” she said.

Foster has also collated evidence demonstrating that the vessel deviated from the standard route during the time of the supposed heat stress event. At the time it was several hours away from Doha and, after two course deviations, it maintained a steady position for about three hours before proceeding to port.

“Who knows what the vessel was doing, stationary, out of sight of the port…. Was it throwing dead sheep overboard, dealing with a catastrophe, broken down, trying to fix ventilation failures, dealing with heat stress - in which case why wasn’t it zigzagging which is standard practice? We just don’t know, as there is no mention of this in the end of voyage report or the official investigation into the incident.”

The Department of Agriculture’s investigation did however result in some action being taken. The ship’s operator was ordered to reduce stocking density on the vessel’s next voyage. “This was laughable, as this next voyage was in November when there wouldn’t be any heat stress. In addition, although the extra space would have given slight improvement in animal comfort, there is no evidence to suggest that an extra 10 percent is enough to alleviate a serious heat stress mortality event.

“On another voyage, Voyage 38, loaded as per the Australian Standards for the Export of Livestock, despite sheep being discharged in multiple ports thus increasing available space for remaining sheep, more than a thousand sheep still died of heat stress after the first discharge.”

Foster cites other cases, indicating that mass deaths from heat stress continue to happen despite supposedly adequate space. On High Mortality Voyage 37, the veterinarian’s report indicated that the stocking densities for the voyage were in accordance with the Australian Standards for the Export of Livestock. However, it was the veterinarian’s opinion that the standard set is insufficient for sheep exported to the Middle East in July and August, and that this was an important factor contributing to mortality.

“Live export should be phased out because the trade is inherently risky - on ships and at destination,” says Foster. “Most of these risks cannot be eliminated or even reduced enough to make the trade acceptable. Bader III’s Voyage 46 highlights the absolute need for independent veterinarians on every ship whilst the trade continues and an Independent Office of Animal Welfare is needed to assess incidents, rather than the government.

“The government has a significant conflict of interest in that their major aim is to promote trade with regulation, a secondary and minor role. The Australian Veterinary Association states, as does Vets Against Live Export, that there should be independent veterinarians on every ship and that they should be accredited by government, funded by the exporter but not employed by either the exporting company or the shipping company where the entities are different.

“That industry resist this move really says it all. If they had nothing to hide, they would welcome this proposal.”