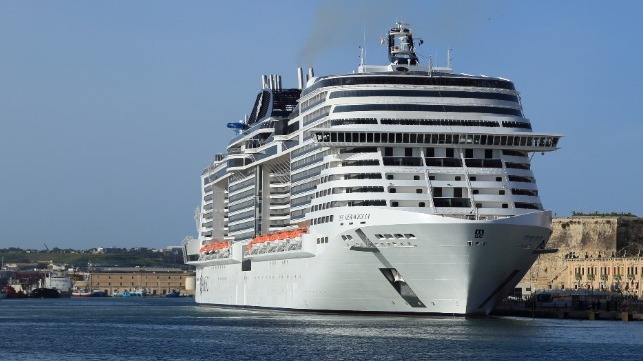 Is the Royal Canadian Navy Missing a Great Opportunity?

At a recent Canadian Maritime Advisory Council meeting in Ottawa, I was disappointed to learn again that the Royal Canadian Navy still had no plan to install multi-beam echo sounders (MBES) on the Arctic offshore patrol ships (AOPS) which are under construction now.

I was also concerned with the fact that only approximately eight percent of the Canadian Arctic has been surveyed to modern standards and only a total of about 14 percent is done to a modern or adequate standard. Hydrographic surveys are required to produce nautical charts, and updated surveys allow for safer and more efficient marine transportation in Canada’s northern waters.

To assist the Canadian Hydrographic Service increase the percentage of Arctic oceans done to modern or adequate standards, the Canadian Coast Guard has already equipped four of its icebreakers with MBES; with two more planned and funded for the CCGS Henry Larson and CCGS Pierre Radisson to take place in the next two years.

Retrofitting AOPS with MBES will obviously be more expensive than if the systems were installed while under construction. That would naturally require minor modifications to the existing plans, but it would be more cost effective in the long-run. The funding could potentially come in part from the important and successful Ocean Protection Plan.

Traffic is rapidly increasing with the fast disappearing Arctic ice. The summer of 2018 saw a total of 167 ships entering the Arctic and completing more than 400 voyages. More traffic will naturally lead to more marine accidents in poorly surveyed areas of the Arctic. On August 17, 2018, the cruise ship Akademik Ioffe ran aground in a poorly charted area of the western Gulf of Boothia near Kugaaruk, Nunavut. Two of the five Canadian Coast Guard icebreakers in the Arctic were dispatched to provide assistance. Fortunately, there were no casualties and only minor environmental damage.

One could argue that the best way to do search and rescue is to prevent accidents in the first place. Modern marine charts will certainly contribute to reduce the possibility of more grounding. The Akademik Ioffe was the third cruise ship to run aground in the Canadian Arctic after the MV Clipper Adventurer in 2010 and Hanseatic in 1996. With increasing activity in poorly-charted areas, our luck may soon run out.

When Coast Guard vessels are dispatched for a search and rescue mission they may not be available to support the essential annual sealift to the Arctic communities. A delay in delivering the annual sealift for a lack of icebreaking support will cost the shipping companies. If the sealift cannot take place there will be significant impacts. Last summer, when a multi-year ice plug blocked some of the resupply of a few western communities, some construction projects had to be delayed by one year and the cost of airlifting the essential goods was in the millions of dollars.

The AOPS will be patrolling the Arctic. Would it not be great if they could carry out both opportunistic and targeted hydrographic surveys while patrolling in Arctic waters? When operating in poorly surveyed areas, those ships could be proceeding forward at slow speed. It seems to be one of the tailor-made tasks for those ships.

Accurate charts will bring significant benefits. More efficient routing for the resupply of communities will reduce the cost for operators and reduce the environmental impact by reducing ship emissions. It would allow those ships to circumvent ice blockages safely using alternative routes surveyed and charted. Search and rescue could be done faster by allowing ships to take more direct routes and to proceed safely at the best speed. Accurate charts would contribute to the commitments made by Canada to improve its search and rescue capacity under the Arctic Council’s Arctic Search and Rescue Agreement.

The Royal Canadian Navy has helped in the past with temporary MBES systems on the Kingston-class Marine Coastal Defence Vessels. That could be an option for the AOPS except that towed systems have limitations especially in ice-infested waters. They would similarly require modifications to the brand new vessels to mount the required hardware. Inboard systems, designed and installed during ship building, are by far the preferred solution.

The patrolling and mapping of the waters in the Arctic Archipelago will also have an important sovereignty dimension.

Pierre Leblanc is a retired colonel and former commander of the Joint Task Force North and program manager of the North Warning System. He is also with Arctic Security Consultants.

This article was originally published in The Hill Times.

The cruise ship MSC Meraviglia has been refused entry to ports in Jamaica and the Cayman Islands after one crewmember tested positive for the common flu, according to MSC.  “The crewmember had traveled to Miami from Manila, via direct connection in Istanbul,” MSC said in a statement. “He developed symptoms of common flu and tested positive to Type A influenza after he visited the ship’s 24/7 Medical Center while already on board. He has no other symptoms.” Only three cases...