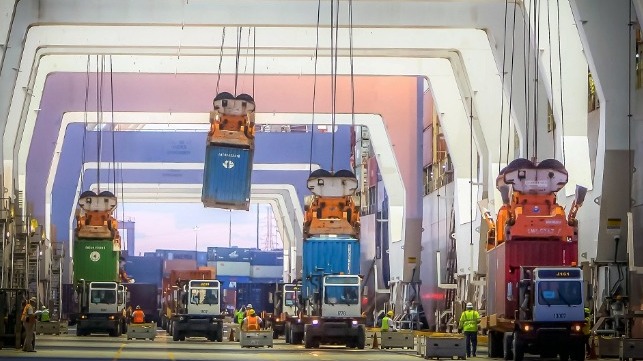 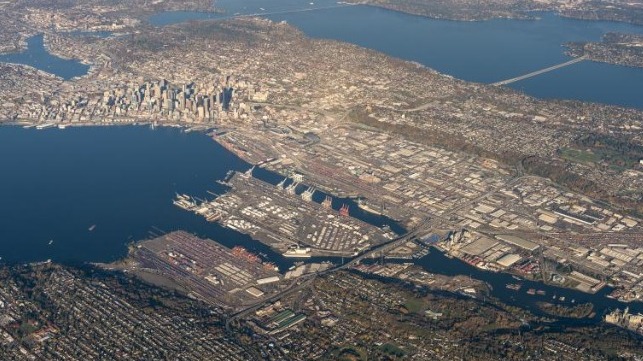 Is the Canadian Coast Guard Underfunded?

“When there is more ice, you need more icebreakers. When there is less ice, you need more icebreakers.” At first, I was puzzled by this statement from a Canadian Coast Guard officer. The first part is obvious enough, the second part was less so. The reason for the second part is that when the ice starts to disappear, as is the case right now, the remaining ice starts moving unpredictably around by currents, tides and wind. Moving ice can prevent or delay the resupply of a community if there is not an available icebreaker to support the approach to that community.

Moving ice is what happened this past summer with expensive consequences. A significant amount of multi-year ice formed a plug in the Amundsen Gulf. Multi-year ice can be very thick and prevent even heavy icebreakers from getting through. That situation was a major factor in the failure to resupply a number of Arctic communities by barges. Some of the resupply had to be shipped by air at a cost of millions of dollars. Most of the heavy or bulky items such as vehicles and construction material will only be moved by the next shipping season causing delays to projects and logistical nightmares.

Unfortunately, the disappearing ice invites growing maritime traffic in the Arctic, including adventurers who may not be prepared for one of the most challenging environments on Earth. When the chief of defence staff states that when the Canadian Forces deployments to the Arctic are a form of expeditionary deployments people should pay attention. Too many come to the Arctic unprepared.

I was on board of the Canadian Coast Guard icebreaker Louis St-Laurent in 2013 when the ship received a distress signal from a group of adventurers who thought that it would be cool to sea-doo across the Northwest Passage. They became ice-bound by moving ice and their camp was attacked by polar bears. This past summer, a sailboat sank in the Arctic near the Bellot Strait. Fortunately, the crew members managed to transfer to a large ice floe and were later rescued.

One of the problems adventurers create when they come unprepared is that they may trigger a distress signal which will divert a Canadian Coast Guard icebreaker from their other duties. Apart from the significant cost to the Canadian taxpayers to rescue a party that is there for pleasure, it may very well delay the annual resupply of an Arctic community putting it at risk and/ or add significant cost to the companies like the Nunavut Eastern Arctic Shipping Inc. providing the resupply. Suzanne Paquin, president and chief executive officer, stated: “A community resupply delay because an icebreaker has been diverted to a distress call could cost our company as much as tens of thousands of dollars a day.”

Several maritime companies have criticized the availability of icebreaker support this past shipping season which experienced unusual difficult ice conditions. In 2018, the cruise ship Akademik Ioffe, operated by One Ocean Expeditions (OOE), grounded in the western gulf of Boothia on August 24. A Canadian Coast Guard icebreaker was dispatched to the scene as a precaution and remained onsite for three days. The cost to the taxpayers was more than $240,000 to support a tourist vessel which had sailed in uncharted waters.

This was the third cruise ship to run aground in the Arctic after the Hanseatic in 1997 and the Clipper Adventurer in 2010. Fortunately, there was no loss of life and only minor environmental impacts. With increasing activity in poorly-charted areas, our luck may soon run out.

Given the challenging conditions of the Arctic and the tremendous cost of search and rescue operations, it might be time to consider the requirement for those who wish to enter the Arctic to post bonds which would be forfeited should they trigger a search and rescue operation. The main reasons would be to force them to be better prepared given the inherent risks of the environment, discourage the less professional adventurers altogether and recover a portion of the cost incurred by the Canadian taxpayers when a rescue is triggered.

At the very least, Canada should consider a similar policy as in the case of the Nahanni National Park where “individuals who, through court proceedings, are found to be negligent, may be held responsible for the full cost of search and rescue.”

To make matters worse, the Canadian Coast Guard icebreaker fleet vessels are past their design life and require extensive refits and increased maintenance time, all of which reduces their availability. To the Canadian government’s credit the recent acquisition of three surplus icebreakers from Shell has improved the availability of icebreakers not only for Arctic operations but also for ice-breaking duties to maintain the Saint-Lawrence Seaway open during the winter season.

On December 14, 2018, it took delivery of CCGS Captain Molly Kool, the first of three newly-refitted medium icebreakers from Chantier Davie Canada Inc. Apart from the CCG Diefenbaker, which service date is slipping to the right, there is not a public plan to replace the aging fleet which averages 35 years of age. It could be that the Canadian Coast Guard is not funded properly to provide it with the resources necessary to perform their essential functions in the Arctic.

It has also been suggested that it may be better to move it to Transport Canada. Another option would be to move it back to the Department of National Defence where it used to be. That addition would improve the percentage of resources allocated to the defence of Canada and move us closer to the two percent of GDP pledge with the North Atlantic Treaty Organization (NATO).

The U.S. Coast Guard is part of their armed forces. Regardless of which department it should be with, there is an urgent need to fund the Canadian Coast Guard adequately so that it has the necessary resources to provide essential services in the Canadian Arctic at a time when the maritime activity is on the increase.

In an exciting development for the people of the Canadian Arctic, the Canadian Coast Guard has recently created a new regional office called CCG Arctic Region. Its headquarters is in Yellowknife, N.W.T. It is refreshing that now “Coast Guard arctic operational decisions will be made in the Arctic.”

The Department of National Defence is about to deploy a new family of Arctic Offshore Patrol Ships that will have a limited capability to operate in ice of up to one meter. The development will certainly add to the federal government assets in the Arctic but those ships are not designed to break ice in support of maritime activity. That function has to be done by a properly designed icebreaker.

Col. (Retired) Pierre Leblanc is a former commander of the Canadian Forces in the Canadian Arctic www.arcticsecurity.ca.