The U.S. Navy's Seventh Commander, Vice Admiral Karl Thomas, opened the event by stating, "SEACAT is about learning how to share information effectively between like-minded partners. Our respective governments have all independently decided that it is also within our national interests to uphold the international norms that govern the maritime domain, which is applied without prejudice for the benefit of every nation."

The multilateral exercises will involve twenty-one Indo-Pacific partner nations, along with international and non-governmental organizations. Over the next two weeks, partner nations and organizations will deliver MDA seminars and panels, workshops on unmanned aerial systems tactics and procedures, plus visit, board, search, and seizure training led by members of the U.S. Coast Guard Maritime Security Response Team. 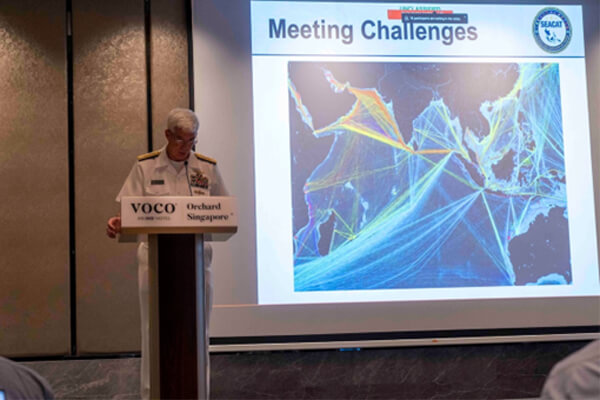 "This iteration of SEACAT is designed as a scenario that requires participating countries to use all MDA assets available to conduct multilateral intercepts using standard procedures," said Capt. Tom Ogden, commander, Destroyer Squadron 7. "Training together develops capability and trust among participating countries to cooperate and provide mutual support in response to a crisis or illegal activity in the maritime domain."

"Exercise SEACAT is an excellent opportunity for regional Navies & Coast Guards professionals to meet and share best practices about Maritime Security. The personal relationships developed during the exercise will enhance the ability to share Maritime Domain Awareness information and deal with real-world challenges as they occur. Organizations like Singapore's Information Fusion Centre (IFC) facilitate the relationships necessary for knowledge sharing. In addition, a new paradigm is developing with the availability of new, commercial satellite-based services that will enable better awareness of activities in the maritime domain." So says Maritime Security Advisor to the U.S. Pacific Fleet, Charlie Brown. 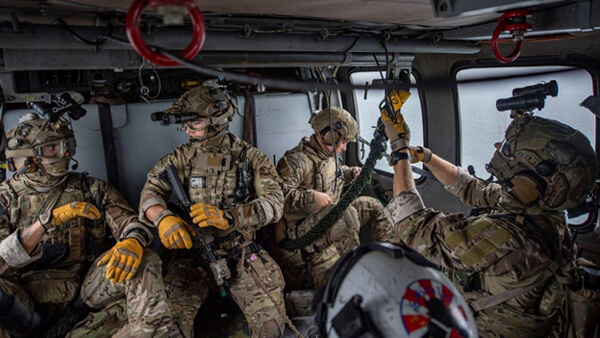 Coast Guardsmen from Maritime Security Response Team West prepare fast-rope onto the deck of a ship during a visit, board, search and seizure (U.S. Coast Guard Pacific Area photo)

Importance of the merchant marine and regional tensions

In a media roundtable, The Maritime Executive asked Admiral Thomas what the shipping industry needed to hear from Seventh Fleet regarding regional tensions, safe passage, and the role of the merchant marine, Military Sealift Command (MSC), and shipyards. Admiral Thomas responded, "The sea lanes are the lifeblood of our economies. International water is extremely important to keep the economy running. We are a globally connected world with just-in-time supply chains, and shipping needs to continue to flow freely. We saw what happened in the Suez Canal, when a ship got hung up, and what it did to shipping. Therefore, ensuring sea lanes remain open is first and foremost in my mission set of sea control. As the U.S. Navy, we have a lot of interest in this part of the world."

Thomas continues, "As mariners, and certainly the Military Sealift Command, we are an away team. We are operating out here thousands of miles away from the United States, but we have great connections with all of our allies and partners here. And so, we must resupply our ships; we have to be able to continue to fuel them and sustain parts and equipment. We must ensure that our Military Sealift Command can operate in numerous ports, and we can get contracts from various ports to fix our ships. I am proud we have a ship in India for the first time in a long time." Referring to the USNS Charles Drew repair work in Chennai, the first U.S. Navy ship to be repaired and maintained at an Indian Shipyard.

"Certainly, Singapore and South Korea are also areas that do a lot of work on our ships. So, it is an ecosystem of mariners that drive the container ships with all the goods. These mariners drive the tankers that carry the fuel and energy to all the countries that need to sustain themselves. Then we, as a Navy, must provide that security for those mariners to sail where they should be able to sail, most expeditiously."

Following the U.S. Speaker of the House, Nancy Pelosi's visit to Taiwan, there were questions about escalating tensions and provocative behavior carried out by China. Vice Admiral Thomas told reporters, "There has been an increase in what we would consider unsafe, unprofessional, or non-standard intercepts by the U.S. and its allies and partner aircraft. Some things are understood, and the normal rules-based international order of how you professionally operate. And then there are things that are provocative, and it's the provocative nature of the intercepts that's got our attention, and we are trying to understand. We do freedom of navigation operations because we believe in the rules-based international order. We believe in following the United Nations Convention on the Law of the Sea states regarding territorial seas. When you have the right to have territorial seas and when you do not, and when you make man-made islands, that does not give you the right to now claim them as territorial seas."

He emphasizes, "We must challenge that right. And if you don't challenge it, the problem is that it will become the norm, and people just accept it. Then all of a sudden, people can make claims like the entire South China Sea is their territorial sea. They now become military outposts, even though they [China] clearly say they were NOT going to become militarized. They now are full-functioning military outposts with missiles, large runways, hangars, radars, and listening posts. That should make the world wake up and recognize that people may say one thing, but if you are not careful, things will be very different a few years later."

"The gorilla in the room is launching missiles over Taiwan. If we allow that to happen and do not contest that, that will become the next norm. And that is not acceptable. Launching missiles over Taiwan into international waters and the shipping lanes where free shipping operates is irresponsible. It is just not what we do. Certainly not what the United States or our like-minded allies and partners do. We should not accept it." Vice Admiral Thomas concludes. 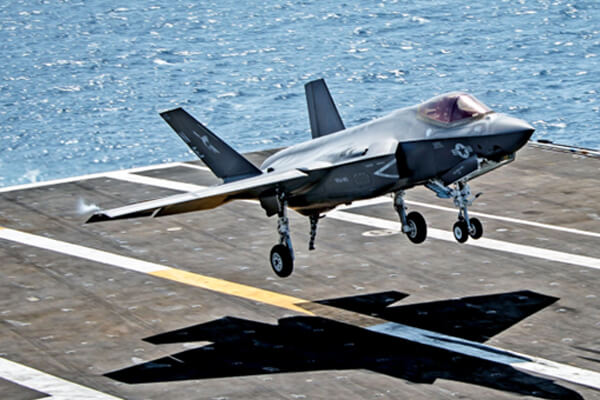 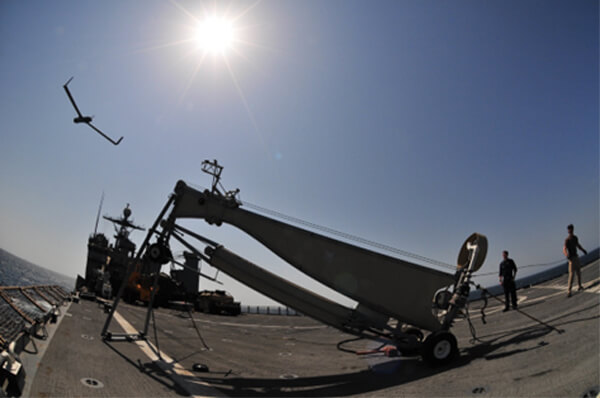