How Shackleton's Navigator Saved the Crew of the Endurance 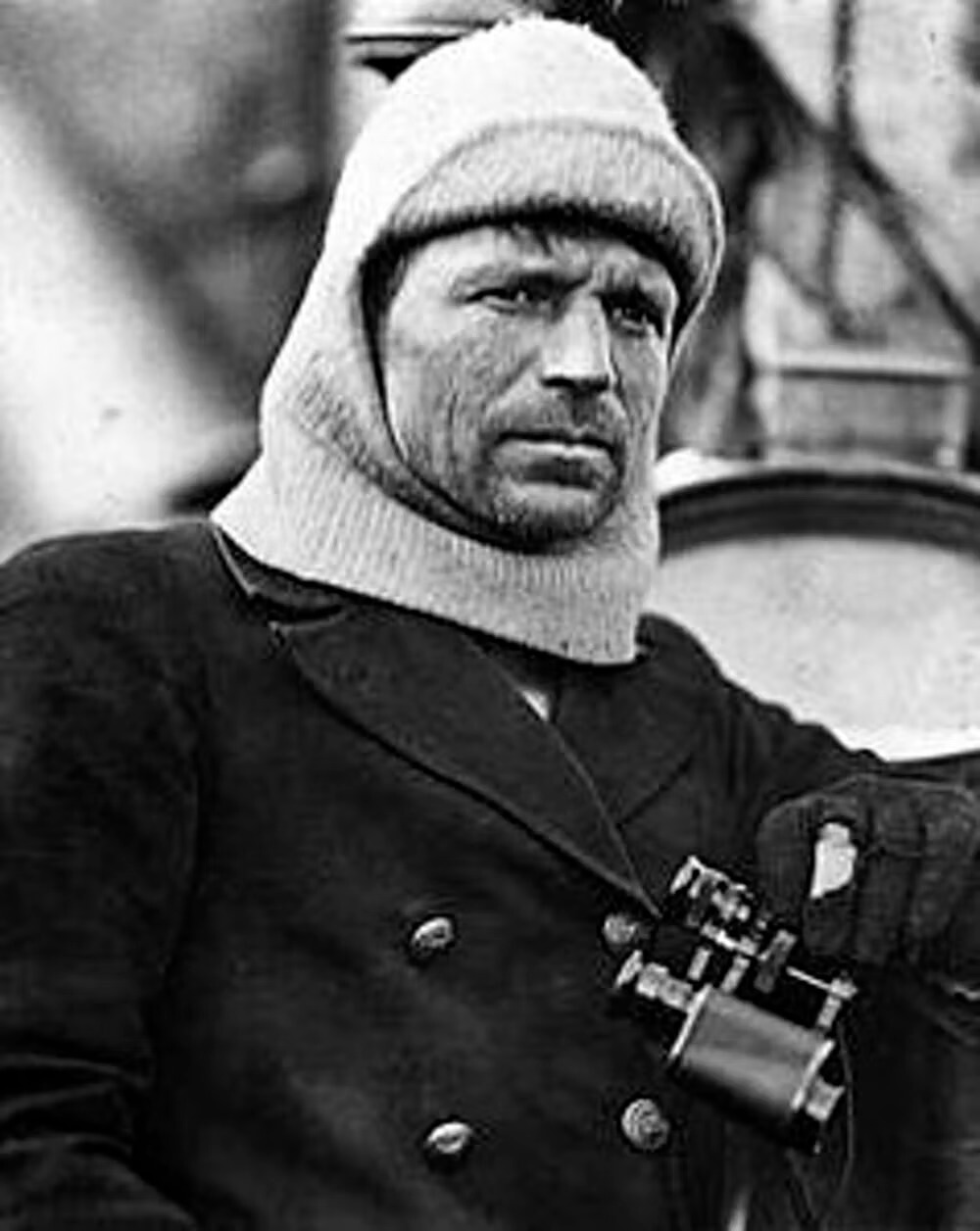 When the wreck of Ernest Shackleton’s ship Endurance was found nearly 10,000 feet below the surface of Antarctica’s Weddell Sea in March 2022, it was located just four miles from its last known position, as recorded by the Endurance’s captain and navigator, Frank Worsley (left), in November 1915.

That’s an astonishing degree of accuracy for a position determined with mechanical tools, book-length tables of reference numbers, and pen and paper.

The expedition looking for the ship had been searching an undersea area of 150 square miles – a circle 14 miles across. Nobody knew how precise Worsley’s position calculation had been, or how far the ship might have traveled while sinking.

But as a historian of Antarctic exploration, I was not surprised to find out how accurate Worsley was, and I imagine those searching for the wreck weren’t either.

The Endurance had left England in August 1914, with the Irishman Shackleton hoping to become the first to cross the Antarctic continent from one side to the other.

But they never even landed on Antarctica. The ship got stuck in sea ice in the Weddell Sea in January 1915, forcing the men off the ship into tents pitched on the frozen ocean nearby. The force of the ice slowly crushed the Endurance, sinking it 10 months later, and kicking off what would become an incredible – and almost unbelievable – saga of survival and navigation by Shackleton and his crew.

Shackleton’s own leadership has become the stuff of legend, as has his commitment to ensuring that not a man was lost from the group under his command – though three members of the expedition’s 10-man group in the Ross Sea did perish.

Lesser known is the importance of the navigational skills of the 42-year-old Worsley, a New Zealander who had spent decades in the British Merchant Navy and the Royal Navy Reserve. Without him, the story of Shackleton’s survival would likely have been very different.

Navigation requires determining a ship’s location in latitude and longitude. Latitude is easy to find from the angle of the Sun above the horizon at noon.

Longitude required comparing the local noon – the moment when the Sun was at its highest point – with the actual time at another location where the longitude was already known. The key was making sure the time measurement for that other location was accurate.

Making these astronomical observations and doing the resulting calculations was difficult enough on land. On the ocean, with few fixed land points visible, amid foul weather, it was nearly impossible.

So navigation largely depended on “dead reckoning.” This was the process of calculating a vessel’s position using a previously determined position and incorporating estimates of how fast and which way the ship was moving. Worsley called it “the seaman’s calculation of courses and distance.”

When the Endurance was crushed, the crew had to get themselves to safety, or die on an ice floe adrift somewhere in the Southern Ocean. In April 1916, six months after the Endurance sank, the sea ice on which they had camped began to break up. The 28 men and their remaining gear and supplies loaded into three lifeboats – the James Caird, Dudley Docker and Stancomb Wills – each named for major donors to the expedition.

Worsley was in charge of getting them to land. As the journey began, Shackleton “saw Worsley, as navigating officer, balancing himself on the gunwale of the Dudley Docker with his arm around the mast, ready to snap the sun. He got his observation and we waited eagerly while he worked out the sight.”

To do that, he compared his measurement with the time on his chronometer and written tables of calculations.

A last hope of survival

Once they managed to arrive on a little rocky strip called Elephant Island, off the coast of the Antarctic Peninsula, they still faced starvation. Shackleton believed that the only hope of survival lay in fetching help from elsewhere.

Worsley was ready. Before the Endurance was crushed, he had “worked out the courses and distances from the South Orkneys to South Georgia, the Falklands and Cape Horn, respectively, and from Elephant Island to the same places,” he recalled in his memoir.

The men used parts of the other lifeboats to reinforce the James Caird for a long sea journey. Every day, Worsley “watched closely for the sun or stars to appear, to correct my chronometer, on the accuracy of which our lives and the success of the journey would depend.”

On April 24, 1916, Worsley got “The first sunny day with a clear enough horizon to get a sight for rating my chronometer.” That same day, he, Shackleton and four other men set off under sail in the 22.5-foot James Caird, carrying Worsley’s chronometer, navigational books and two sextants, used for fixing the position of the Sun and stars.

These men, in this tiny boat, were going from one pinpoint of rock in the Southern Ocean to another, facing high winds, massive currents and choppy waters that could push them wildly astray or even sink them. The success of this voyage depended on Worsley’s absolute accuracy, based on observations and estimations he made in the worst possible environmental conditions, while sleep-deprived and frostbitten.

They spent 16 days of “supreme strife amid heaving waters,” as the boat sailed through some of the most dangerous sea conditions in the world, experiencing “mountainous” swells, rain, snow, sleet and hail. During that time, Worsley was able to get just four solid fixes on the boat’s position. The rest was “a merry jest of guesswork” to determine where the wind and waves had taken them, and adjusting the steering accordingly.

The stakes were enormous – if he missed South Georgia, the next land was South Africa, 3,000 miles farther across more open ocean.

“Navigation is an art, but words fail to give my efforts a correct name. … Once, perhaps twice, a week the sun smiled a sudden wintry flicker, through storm-torn cloud. If ready for it, and smart, I caught it. The procedure was: I peered out from our burrow – precious sextant cuddled under my chest to prevent seas from falling on it. Sir Ernest stood by under the canvas with chronometer, pencil, and book. I shouted ‘Stand by,’ and knelt on the thwart – two men holding me up on either side. I brought the sun down to where the horizon ought to be and as the boat leaped frantically upward on the crest of a wave, snapped a good guess at the altitude and yelled ‘Stop.’ Sir Ernest took the time and I worked out the result. Then the fun started! Our fingers were so cold that he had to interpret his wobbly figures – my own so illegible that I had to recognize them by feats of memory.”

On May 8, they saw floating seaweed and birds, and then spotted land. But they had arrived at South Georgia amid a hurricane, and for two days had to fight being driven by wind onto an island they had spent weeks desperately trying to reach.

Finally, they came ashore. Three of the six men, including Worsley, hiked across unmapped mountains and glaciers to reach a small settlement. Worsley joined a rescue boat back to get the other three. Shackleton later arranged a ship to collect the rest of the men from Elephant Island, all of whom had survived their own unimaginable hardships.

But the key to all of it, and indeed the recent discovery of the Endurance’s wreck, was how Worsley had fought desperate conditions and still repeatedly managed to figure out where they were, where they were going and how to get there.

Daniella McCahey is an Assistant Professor of History at Texas Tech University.