Global Britain: How is our Industry Part of this Bright Future?

"I will not make age an issue of this campaign. I am not going to exploit, for political purposes, my opponent's youth and inexperience."

So said Ronald Reagan during the 1984 presidential debates when asked if, at 73, he was too old to be President. We might make the following quip about our country: where once flag followed trade, trade now follows flag. This is happening as we enable a “Global Britain.”

What are the values of a Global Britain?

What inspires us? How can we celebrate our country? How can we identify those values that distinguish us from others and bind around them? Well, when we do identify those values, we will ascertain what our unique offering is both in our society at home and in our endeavors abroad. This will feed into our daily lives as well as our business ones. We will establish a clear-sighted and long-term strategy for the United Kingdom. The source of U.K. strategy is a national vision. That vision generates the definition of our national mission.

How does our marine industry fit?

The U.K. maritime industry is world-leading. It is demonstrating that it has the drive and ambition to continue to be following E.U. exit through the Maritime 2050 Strategy. By working with U.K. Government, specifically with Department for Transport with the Department for International Trade and the GREAT campaign, we have a wealth of opportunities to export our goods and services, thus securing and growing our businesses, offering new employment prospects and shaping the U.K.’s marine sector as a whole.

E.U. exit has been fraught with uncertainty and some in our industry have been unclear as to what this means for the marine sector. Now the U.K. Government is showing that it has the energy and capacity to promote U.K. trade at home and especially abroad; we can be a part of that.

The set-piece speeches of the Prime Minister, the Foreign Secretary, the Secretaries of State for International Trade, International Development and Business, Energy & Industrial Strategy suggest otherwise. They contain the finest collective political thought that we have seen in this country for 45 years. They express this country’s achievements and our possibilities well:

•  the powerful “Global Britain” narrative by the PM;
•  the invigorating “unflinching resolve of the British Government and people” by the Foreign Secretary;
•  the enabling “prosperity-stability-security-global security continuum” of DIT’s Secretary of State;
•  the “diplomacy-defense-development trinity” of DFID’s Secretary of State;
•  how our “Industrial Strategy provides a landmark opportunity for the U.K. to make fresh choices about how its economy develops” by the Secretary of State at BEIS.

A call to export!

Exports of goods and services comprise 30 percent of our GDP – a far lower figure than average. So it may surprise you to learn (below bullet points) how high we are in global rankings and where we could be if we increased it.

U.K. in World Rankings of Trade and Investment

How will the Global Economic Order Change by 2050?

PWC published a report in February 2017: “The World in 2050.” This brilliant report sets out our latest long-term global growth projections to 2050 for 32 of the largest economies in the world, accounting for around 85 percent of world GDP. Its key results of analysis include:

•  The world economy may double in size by 2050, far outstripping population growth, due to continued technology-driven productivity improvements
•  Emerging markets (E7) could grow around twice as fast as advanced economies (G7) on average
•  Six of the seven largest economies in the world are projected to be emerging economies in 2050 led by China (first), India (second) and Indonesia (fourth)
•  The U.S. could be in third place in the global GDP rankings while the EU27’s share of world GDP could fall below 10 percent by 2050
•  U.K. may be in 10th place by 2050, France may be out of the top 10 and Italy out of the top 20 as they are overtaken by faster growing emerging economies like Mexico, Turkey and Vietnam respectively
•  But emerging economies need to enhance their institutions, business integrity and infrastructure significantly if they are to realize their long-term growth potential.

The U.K. comes out on top of the so-called G7 club of major advanced economies in terms of projected growth rates, even though it slips a place to tenth between now and 2050 in the global league table based on purchasing power parity (PPP), which adjusts for price differences and buying power in each country.

PwC believes the so-called “E7” group consisting of Brazil, China, India, Indonesia, Mexico, Russia and Turkey could be double the size of the G7 club of the U.K., Canada, France, Germany, Italy, Japan and the U.S. by 2040. 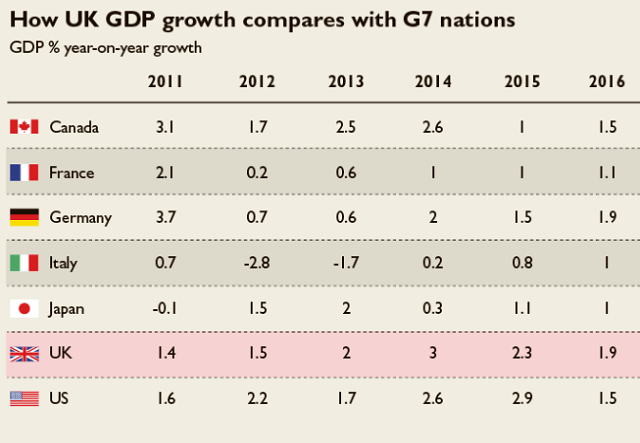 90 percent of all Future Economic Growth will occur outside the E.U. 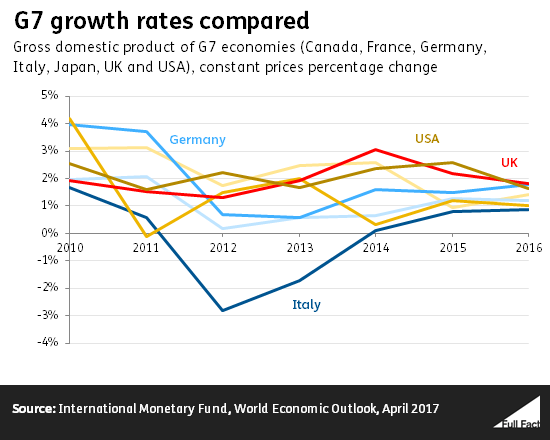 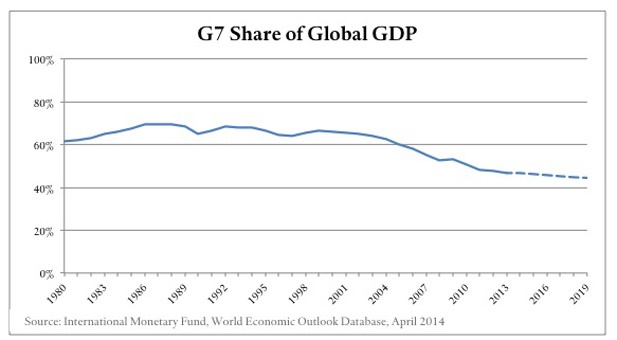 “While the exact extent and timing of these shifts is subject to considerable uncertainty, the general direction of change is clear,” PwC said. 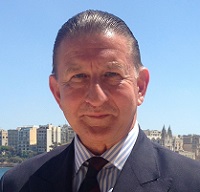 In conclusion, we contend that the U.K. will become the largest economy in Europe and outstrip Germany by 2050 based on its economic independence, enhanced global economic engagement and population increase.

One method will be developing our international trade relations. As business leaders, imagine what we could do if we doubled or tripled the nine percent of U.K. companies currently exporting at all. It is time to invigorate the marine sector: to start exporting and to grow existing markets and find new ones.