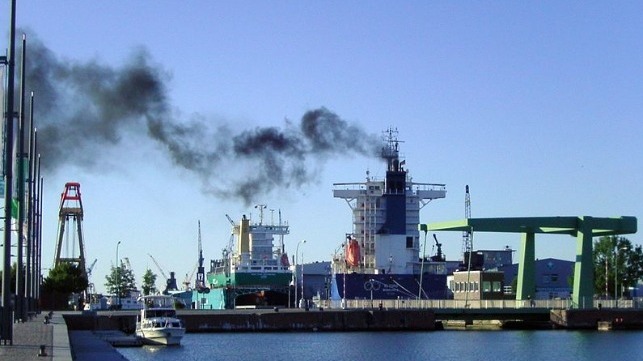 MAN Study: "We May Have to Discuss a Ban of Fossil Fuels"

Evolving developments in power generation in countries located around the Caribbean Sea enhances prospects of sailing LNG powered cruise ships in this region.

Many of the countries and regions located in and around the Caribbean Sea have endured problems generating and distributing electric power. Several locations generate local grid scale electric power using marine piston engines that consume diesel fuel and even bunker fuel. The rise of fuel prices in recent decades, along with increasing demand for electric power from larger populations, has resulted higher power prices and frequent power outages. At the same time, larger cruise ships are carrying larger loads of passengers in the same region where tourist ports-of-call experience problems with the electrical supply.

One of the regions that seek to increase availability of electric power is the Yucatan region of southeastern Mexico and the Mexican Riviera tourist area. During drought, hydroelectric power generation output decreases and requires the development of alternative competitively priced electric power. The options being considered include compressed natural gas (CNG) and LNG that can be converted into electric power using any of marine piston engines, gas turbine engines and combined-cycle engines that involve both gas turbine engines and steam engines sustained by boilers that are preheated by turbine exhaust heat.

Some of the locations being considered for future LNG/CNG storage and power generation are close to major Caribbean region tourist destinations where cruise ships call to allow their guests to visit local attractions. The combination of LNG power generation and LNG-powered cruise ships opens the door to discussions that involve LNG/CNG storage for combined power grid and cruise ships purposes. For the short term future for the Yucatan area, one of the options being considered involves floating storage using barges carrying cooled spherical tanks, with a natural gas pipeline from Texas being a future option.

Floating storage of LNG might be the optimal short term solution at locations extending across the Caribbean Sea between Mexico’s Yucatan region and the islands of the Antilles. Popular tourist ports of call in this region include the Dominican Republic and Jamaica where future power generation using LNG is being considered. Future availability of LNG at Yucatan near Cancun, Jamaica near Kingston and Dominican Republic near Santo Domingo enhances prospects to sail LNG powered cruise ships between these ports of call and perhaps extending as far to the southeast as Port of Spain, Trinidad.

Over a period of several decades, natural gas has been widely used for home heating. Many decades ago, the industry discovered that it could store vast quantities of CNG in underground dome-roof caverns that had previously contained rock salt. Such caverns occur naturally in the earth’s crust where oil and natural gas occur. Several such caverns occurs deep underground around the Gulf of Mexico and the Caribbean Sea at possible locations such as Trinidad and even Mexico’s Yucatan area. It would take up to three-years to partially flush such a cavern of rock salt.

The Yucatan is located within close proximity to offshore Gulf of Mexico undersea natural gas deposits, increasing the likelihood of giant salt caverns occurring deep underground in the Yucatan. A suitable salt dome occurring at sufficient depth underground could store massive amounts of natural gas and enhance prospects of developing overland and undersea natural gas pipelines to the region, to generate electric power for Mexico’s tourist Riviera region and to provide fuel for LNG powered cruise ships that call at Cancun. Underground cavern storage of CNG might be possible at Trinidad and Tobago.

While massive deposits of natural gas have been discovered offshore under the Gulf of Mexico, natural gas that can be transported at competitive cost either by ship or by pipeline is available from Northwestern Canada, the Pacific region of South America and offshore from the coast of Argentina. The combined cost of extracting the natural gas and transporting it to local storage will determine which market will provide the fuel to the Caribbean region. Bolivia and Venezuela are estimated to have 700 trillion and 5,600 trillion cubic meters of natural gas reserves respectively.

Until political and economic stability is reestablished in Venezuela, Bolivia and Ecuador could meet the Caribbean region’s short-term future market demand for natural gas, courtesy of shipments via the Panama Canal. The U.S. is served by an extensive network of natural gas pipelines that connect to cavern storage in many regions, allowing for refueling of LNG powered cruise ships at ports in Florida and New Orleans area. Future commercial availability of natural gas at the Yucatan region, Jamaica, Dominican Republic enhances prospects to sail LNG cruise ships on future Caribbean and Gulf of Mexico voyages.

The coastal area southeast of Cancun represents a premium destination for tourists, the result of a nearby coastal lagoon surrounded by spits of land on which hotel chains have built tourist accommodation and provided tourist attractions that include attractive beach areas. To the north of Cancun, a tract of land forms a peninsula where future hotels would likely be built. It partially encloses a bay where future beaches for tourists may be developed. Future economic development of the Cancun region depends on increasing the availability of electric power, with LNG being the most likely source of future energy.

Future development of Cancun would enhance its attractiveness as a port of call for tourists sailing aboard cruise ships and the future availability of CNG and LNG fuel would likely encourage operators of LNG fueled cruise ships to include stop-overs at Cancun. The tourist industry in the region has been considering a passenger train service to connect Cancun to a preserved location that had once been a Mayan city. Such a train could interline with some cruise ships that sail from American ports located in Southern Florida and call at Cancun.

Several operators of cruise ships have introduced LNG fueled vessels into service while discussions have been underway in the Caribbean region to generate future electric power using LNG fuel. There may be future scope for cruise ship operators to negotiate with power companies at some Caribbean locations, to partially refuel LNG powered cruise ships during port-of-call lay-overs, the premium future port-of-call being in Mexico’s Cancun area. Given that undersea CNG pipelines connect across the North Sea between Norway and the U.K., there may be future scope for undersea CNG pipelines to connect around the Caribbean Sea and Gulf of Mexico.

MAN Study: "We May Have to Discuss a Ban of Fossil Fuels"

Propulsion and energy system company MAN Energy Solutions has commissioned a new independent study on decarbonizing shipping, and it has concluded that in order to reach ambitious emissions targets, the industry "may have to discuss a ban on fossil fuels" - and perhaps sooner than might be expected.  According to the results of the study – compiled by MAN Energy Solutions and the Fraunhofer Institute for Systems and Innovation Research (ISI) – a fossil-fuel ban for newbuilds could be necessary...

On Monday, a federal jury in Oakland convicted the former first engineer of the tanker Zao Galaxy of ordering the discharge of untreated oily water and attempting to cover it up.  Gilbert Fajardo Dela Cruz, 38, was the first engineer of the product tanker Zao Galaxy during a voyage from the Philippines to Richmond, California in February 2019. U.S. Coast Guard port state control inspectors boarded the vessel upon its arrival, and during the examination, a crewmember passed a note to...

To meet the demands of operating installation vessels in the waters off the East Coast of the United States, a new design is being proposed that incorporates motion compensation technology. The concept vessel also addressed the U.S. cabotage regulations as it is designed to act as a supply or feeder ship transporting and transferring components to a U.S.-flagged installation vessel. “The United States is ambitious in its plans to grow the installed offshore wind power. The only viable way to...

Cruise lines marketing to American passengers continue to announce plans to resume programs outside U.S. ports to avoid the current regulations from the Centers for Disease Control and Prevention that have been blocking the resumption of service from American ports. Cruise ships from brands owned by Carnival Corporation and Genting Hong Kong will resume service in the Caribbean this summer joining previously announced programs aboard ship from the Royal Caribbean Group, Viking, and another Genting ship....