On September 27, from Vandenberg Space Force Base on the coast of southern California, NASA’s newest satellite rocketed into space. Landsat 9 successfully entered into orbit 705 kilometers above the Earth. From its lofty vantage point, the satellite will continue a half-century-old Earth observing program. To date, the eight Landsat satellites have produced an important and “irreplaceable record of Earth’s land surface,” in the words of the American space agency.

Since 1972, Landsat satellites have acquired an image of nearly every point on Earth every 16 days. By revisiting the same location twice a month, these American taxpayer-funded cameras in the sky have captured dramatic changes over time to natural and social phenomena at a planetary scale. Deforestation, urbanization, coral reef degradation, and sea ice melt are just a few examples of the processes to which they have borne witness. Scientists have also ensured that each satellite captures information in roughly the same wavelengths (visible and infrared) as the ones that came before so that measurements are consistent over time.

Landsat 1: Looking for Arctic shipping routes and oil rig sites in the 1970s

In 1972, when Landsat 1 was launched – then known as the Earth Resources Technology Satellite (ERTS-1) – climate change was not on anyone’s radar. A New York Times article from the date of Landsat 1’s launch that described some of the satellite’s priorities included studying agriculture, timber reserves, minerals, and water pollution, and the freeze-thaw patterns of North American lakes.

Scientists took a broader view than the media of the capabilities of Landsat 1. Cryologists were particularly intrigued by its ability to capture sea ice dynamics. A study by scientists at NASA and the National Oceanic and Atmospheric Administration (NOAA) published one year after the satellite’s launch stated that its ability to capture dynamic changes in Arctic sea ice “will be extremely useful for predicting the availability of shipping routes in the polar regions.” Their observation also proves that Arctic shipping has existed for decades.

Indeed, since the late 1960s, scientists in the U.S. and Canada had been using imagery from the experimental TIROS satellite for ice reconnaissance. Satellite information was incorporated into ice charts and used to occasionally help route ships through the ice, as another NASA study recounts. Meanwhile, the Soviet Union was using its own satellite data in combination with American data to carry out ice reconnaissance, much in the same way that China is now trying to build its own satellites to monitor Arctic shipping.

With Landsat 1, scientists also hoped to be able to identify the best locations for oil rigs in the Arctic. The aforementioned NASA/NOAA study suggested, “Projected further, sea ice observations from ERTS-1 over a period of years in the Arctic Islands should aid in the placement of offshore oil-drilling structures,” underscoring how dreams of Arctic shipping and oil extraction were already prevalent in the early 1970s.

Nightmares of climate change, however, were non-existent. 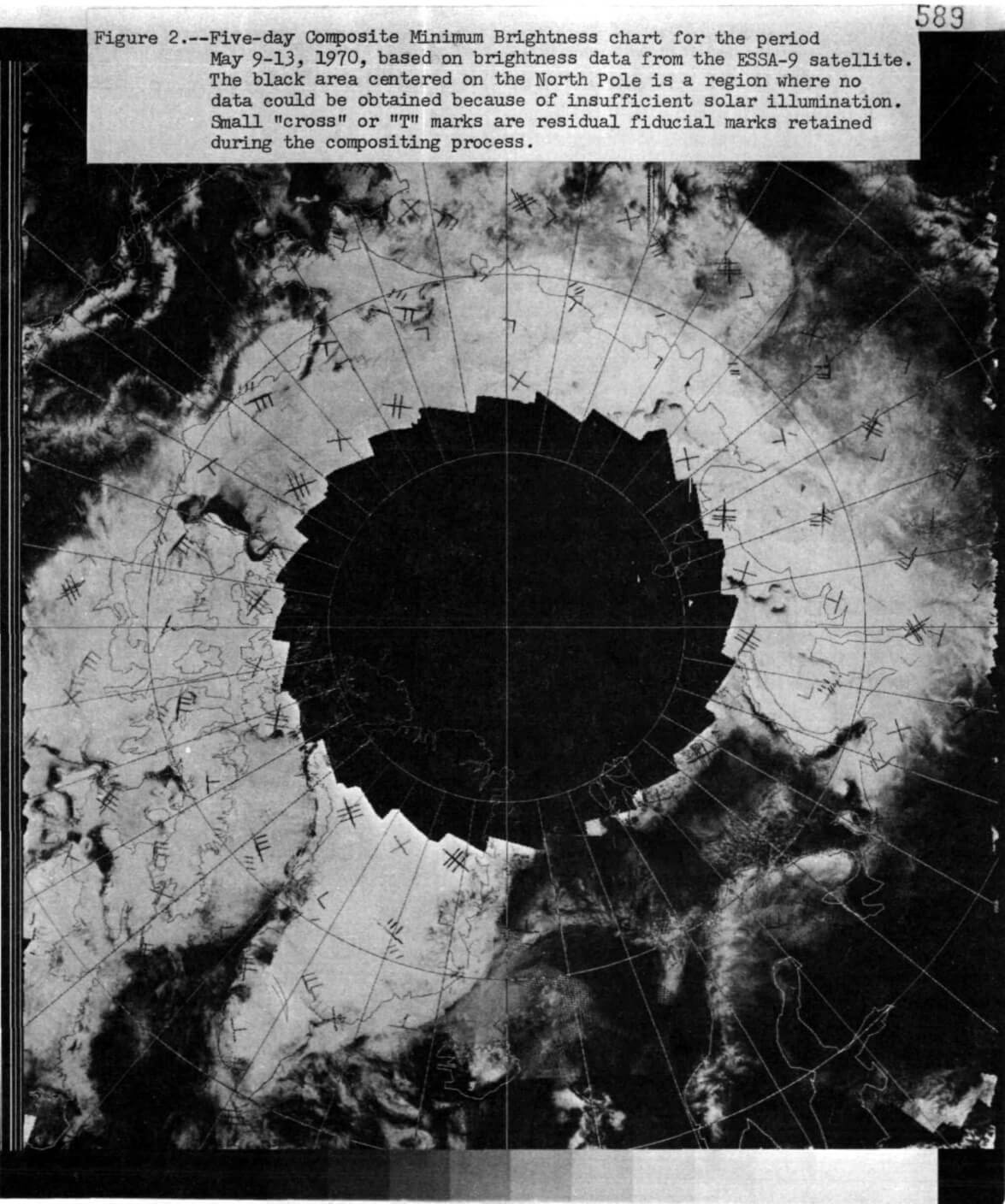 Five decades later, climate change is a key focus for NASA. One of the priorities of Landsat 9 is to monitor glacier and ice-shelf retreat. The Landsat archive captures the changes that are taking place to 98 percent of the Earth’s glaciers. The missing two percent is just outside the satellite’s reach, as it captures everything on earth from 82°N – 82°S.

Landsat 9 is expected to operate well into the 2030s. This is also the first decade in which some scientists predict that the Arctic may, for a brief period, finally become ice-free. If that happens, then Landsat 9 will be the first satellite in the multi-decade initiative to capture this dramatic and tragic tipping point. That is perhaps one milestone that no remote sensing scientist wishes to achieve. 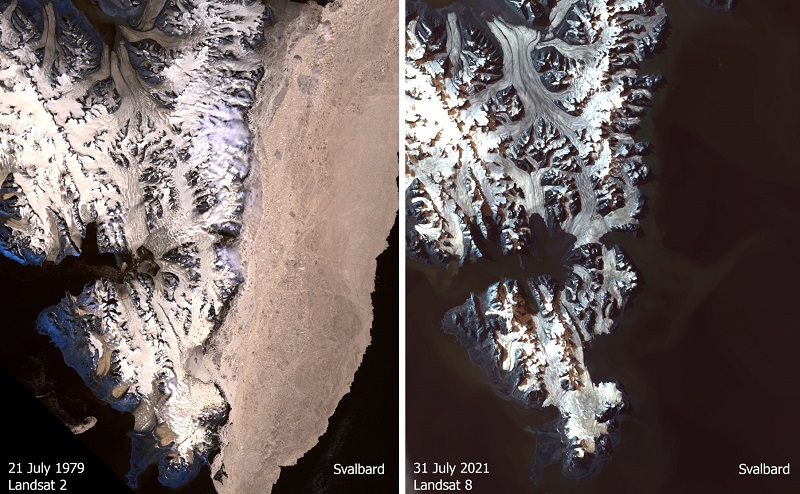 Landsat 9’s predecessor, launched in 2013, has already observed huge changes to the cryosphere. Juxtaposing images from Landsat 1 and Landsat 8 (above) starkly illustrates just how different Arctic landscapes and seascapes appear compared to fifty years ago. In a single glimpse, satellites can drive home the sheer scale of the changes that are taking place to the top of the planet.

Yet scientists acknowledge that ultimately, nothing compares to having eyes on the ground. Describing the potential of satellites for studying the Earth’s mineral resources in 1970, a Nature op-ed titled “Exploration from the Sky” admitted, “Synoptic geology of out-of the-way places should be stimulated (but in the last resort there may be no substitute for the man with a hammer).”

The same is true for climate change. While satellites can chronicle the breakneck pace at which ice is melting, they cannot reveal how it feels. For that, we need the multisensorial testimony of those living in the Arctic. Indigenous Peoples and long-term settlers have not only seen the changes to cracking ice and fracturing frazil that have taken place over the past 50 years, but have felt and heard them, too. The Inuit, for instance, can describe what it is like to hear an a’jorang (an extensive crack in the ice) form, or what happens when imakti’nirn (ice over melting snow that is strong enough to carry a sled) disappears.

As one Inuit elder from Kanngiqtugaapik (Clyde River) in Nunavut, Canada recollected:

“The ice is changing; the flatness and the bumps are different than when I used to hunt. The ice is melting faster than it used to be, back then in 1970s.” - (Sansoulet et al. 2020)

Mia Bennett is an assistant professor in the Department of Geography at the University of Washington. This article appears courtesy of Cryopolitics and may be found in its original form here.