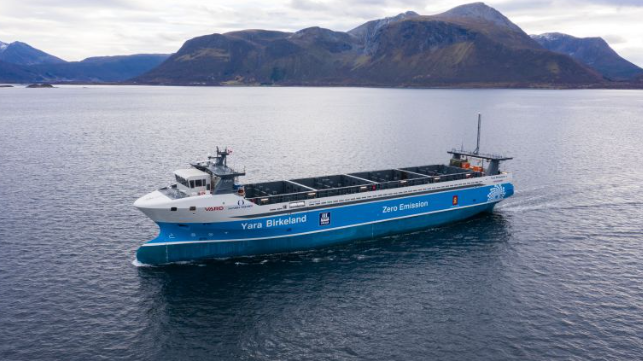 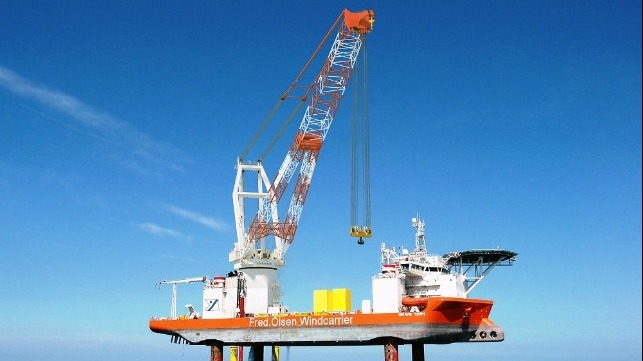 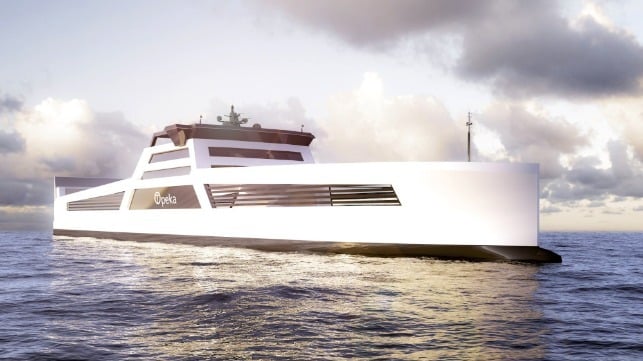 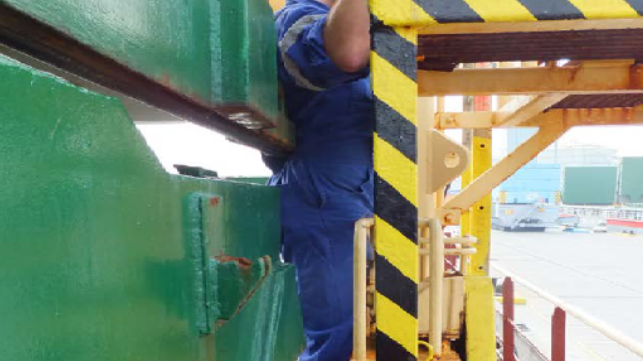 Will temporary bans for China’s distant-water fleet in the Atlantic and Pacific help squid populations?

In early June, the Chinese Ministry of Agriculture’s Bureau of Fisheries announced plans for two closed seasons on squid fishing in parts of the south-west Atlantic and eastern Pacific, to give two species a better chance of reproducing.

The closed seasons cover what are believed to be the main spawning grounds of the Humboldt squid, in waters to the west of Ecuador’s Galapagos Islands, from July to September, and of the Argentine shortfin squid, off Argentina, Uruguay and Brazil, from September to November.

This is the first time China has voluntarily imposed a closed season on the high seas. Some experts regard it as an important step forward in China’s management of distant-water fishing (DWF), and crucial for protecting the squid fishing industry. But others say the impact will be limited and that stronger oversight of fishing vessels is needed, or even a new fisheries management body specifically for squid.

Unlike fish such as tuna, the 10 major commercially fished squid species have a lifespan of only a year and die after spawning. Population sizes are therefore particularly vulnerable to external factors. The El Niño weather pattern and other changes in the ocean environment can cause numbers to fluctuate by a factor of ten. Squid are also threatened by overfishing, with most commercially valuable species already fished to unsustainable levels.

In Seafood Watch, a sustainable seafood guide produced by Monterey Bay Aquarium, the Argentine shortfin is given a red rating, meaning fishing is occurring at unsustainable levels. As a result, the species cannot be sold in supermarkets or hotels in North America that have made strict sustainability commitments, according to Wang Songlin, chair of the Qingdao Marine Conservation Society. The Humboldt squid has a yellow rating, meaning there is no significant overfishing problem, but that fisheries management could be improved.

Countries with significant squid populations in their exclusive economic zones, such as Peru and Mexico, already use quotas and “catch ratios” – in which a limited percentage of the catchable population may be fished. “But many commercially valuable squid species migrate between national waters and the high seas, and currently there’s no fisheries organisation to manage squid resources,” explained Wang Songlin.

China is a major catcher, trader and consumer of ocean squid. Its distant-water fleet accounts for 20% of the global catch, and 50-70% of the high seas catch, according to Chen Xinjun, head of the China National Distant Water Fishing Association’s squid fishing technology group. Squid accounts for one third of all China’s DWF catch and for nine consecutive years China has caught more squid than any other nation.

“China is the biggest international processor and trader of squid. Conserving high seas squid stocks is crucial for the sustainability of that industry,” said Wang. He thinks doing so is in China’s own interests, and that the size and influence of the industry means it should act as a responsible fishing power.

However, the closed seasons cover only a small part of the area squid populations are found, and do not apply during the main fishing season. Wang said: “The most important aspect of a closed season is protecting spawning.” As long as the main spawning grounds and times are covered, it will be effective, he added.

According to a paper on global squid fisheries published in 2015, the Argentine shortfin squid spawns mainly in July and August on the continental shelf and slope off northern Argentina, Uruguay and Brazil. That matches closely with the location and timing of China’s proposed closed season there.

The Humboldt squid spawns year-round, but with two peaks from February to April and September to November. That second peak coincides with China’s closed season. But the squid fisheries paper says more research is needed on the spawning sites of the Humboldt squid. Large squid populations do exist in the high seas 200 nautical miles off Ecuador and Peru, according to a book on distant-water fisheries edited by Chen Xinjun.

The announcement said the outcome of the measures will be assessed annually, with the length and extent of the closed seasons to be adjusted accordingly. Success will of course depend not just on covering the right area, but on effective oversight and enforcement.

China’s DWF fleet has committed significant breaches of rules in both proposed closed season areas. One vessel captain suspected of illegally fishing for sharks off the Galapagos has been in custody in Ecuador since 2017. And Chinese vessels have repeatedly fished within Argentina’s EEZ. According to Wang Songling, because commercially fished squid species are migratory vessels do sometimes enter national waters in pursuit. The closed seasons may to some extent reduce the risk of such incidents.

In early May, a Chinese fishing vessel was chased by the Argentine coast guard after fishing for squid in the Argentine EEZ. But according to non-profit Global Fishing Watch, Chinese vessels are most likely to be found in the waters off southern Argentina during the squid fishing season (December to July) – neither the time nor place covered by the closed seasons. Milko Schvartzman, an Argentine fishing expert, said that the closures will not change behaviour during the actual fishing seasons.

He thinks the inclusion of vessel-management measures such as electronic monitoring and electronic fishing logs are positive, calling them “a step in the direction to avoid conflict and overfishing and IUU fishing. But to be effective, they need to be implemented under a transparent and verifiable process.”

Implementation of the closed season will depend on strong vessel management.

China has been working to strengthen management of its DWF fleet. A DWF planning document released in 2017 caled for wider use of remote monitoring systems, logs which report catches in real time, and better coverage by fishery observers. All of these measures will be used to oversee the squid fishing closed seasons. Regulations for a DWF vessel-monitoring system which came into force in January have tougher requirements, with locations now to be reported hourly, rather than every four hours, and new early warnings and alerts for border breaches.

“If strictly implemented, the vessel-monitoring system alone would be enough to enforce the closed season,” said a DWF expert who wished to remain anonymous. According to the rules, all DWF vessels must have a vessel-monitoring system (VMS) installed, unless fishing in waters with particular requirements. The VMS sends encrypted signals on a frequency monitored by the government and is usually more reliable than the automatic identification system (AIS) used to avoid collisions. In China, it also monitors number of days spent fishing, which is then used for calculating fishing subsidies.

To rein in an ever-expanding fishing fleet, China has also toughened up punishments for breaches. Since early 2018, captains and company officials guilty of major rule breaches have been publicly blacklisted and temporarily banned from working, while the companies involved lose out on subsidies and are temporarily or permanently banned from DWF. These measures have been written into DWF regulations and a revision of the Fisheries Law, giving them full legal force.

But though vessel-monitoring data is such an important tool for vessel safety and fishing management, only Indonesia, Chile, Panama and Peru have made it public. This makes it hard for others to evaluate how rules are being enforced. Vessels of many nations fish illegally in the EEZs of other nations. Preventing such encroaches has always been a problem. In theory, making location data public would reduce the practice. According to Milko Schvartzman, three vessels – including Chinese – fished within Argentina’s EEZ this May. When so far from home, captains are often willing to take risks.

“Adjustments to the scope of the closed season, and improvements to the measures taken, can be made later, but the most important thing is to take the first step.” The anonymous DWF expert said you can’t lay down the strongest policy right away if it is to be accepted and implemented smoothly.

Currently, important and valuable fishery resources on the high seas are managed by RFMOs. They ensure resources are used sustainably by monitoring populations of marine animals, bycatch and fishing capacity, and by overseeing fishing activity. Their influence over Chinese fishing vessels is increasing: to comply with the rules of the RFMOs it has signed up to, China has set up a compliance centre to train fishing industry personnel. In April, it carried out the first corporate compliance assessment. The results of that assessment will contribute to decisions on future fishing activity and subsidies.

Milko Schvartzman thinks that although Argentina does not support the idea of a dedicated squid RFMO, a body along the lines of an RFMO would be an improvement and help maintain squid populations: “Perhaps a body with some of its characteristics and with different structure, a new kind of conservation and regulation body can be possible with the agreement of the more involved states.”

Zhang Chun is a senior researcher at China Dialogue. This article appears courtesy of China Dialogue Ocean and may be found in its original form here.

Fincantieri's Vard division has delivered the zero-emissions container vessel Yara Birkeland to her owner, fertilizer manufacturer Yara International. The 120 TEU Yara Birkeland is the world's first battery-electric container feeder for commercial use, and the project partners' ultimate goal is to operate her as an autonomous vessel.  The vessel's hull was built by Vard's Braila yard in Romania, and initially her outfitting and delivery were slated for completion at Vard Brevik. The work was later transferred to Vard Brattvaag, and...

In a new report, the consultancy Rystad Energy predicts that the world's supply of offshore wind turbine installation vessels (WTIVs) and heavy lift ships is going to fall short by the middle of the decade, reflecting a coming boom in new wind farm development and the advent of ever-larger turbine designs. The finding mirrors the view of shipowner Scorpio Bulkers, which is exiting the dry bulk sector and investing in high-end WTIVs in anticipation of high future day rates.  Rystad...

An increasing number of projects are seeking to develop hydrogen-based power technologies that can be commercially viable for the shipping industry. Among the projects that are advancing is one in Finland studying the production of green hydrogen for use in the ferries, while a public-private partnership was recently formed in Japan to study and develop hydrogen fuel cells for the commercial shipping industry. One of the fields of study is green hydrogen. In Europe, they are looking at coupling with...

The UK's Marine Accident Investigation Branch (MAIB) has released its report on a fatal accident aboard the freighter Karina C in May 2019. The officer was intoxicated, according to the agency, and he was crushed by a moving gantry crane while he attempted to cross over a stack of hatch covers.   On the morning of May 24, 2019, the Karina C was completing cargo operations and preparing to sail on an accelerated timetable. The chief officer called for help from...