Sometime between 2015 and 2020, China’s Navy crossed a critical threshold: it fielded more battle force ships than the U.S. Navy, making it the world’s largest navy numerically. Today, at around 360 hulls, it exceeds its American rival by more than sixty warships.

The gap continues to grow rapidly. And China has two other fleets subordinated to its armed forces: the Coast Guard and Maritime Militia. In total: three sea forces, each the world’s largest numerically, that total over 700 ships even by conservative accounting. This is the culmination of a decades-long effort to pursue disciplined, evolving maritime strategy according to a strict hierarchy of priorities. In doing so, Beijing has gone from playing a bad hand relatively well to a good hand extremely well. 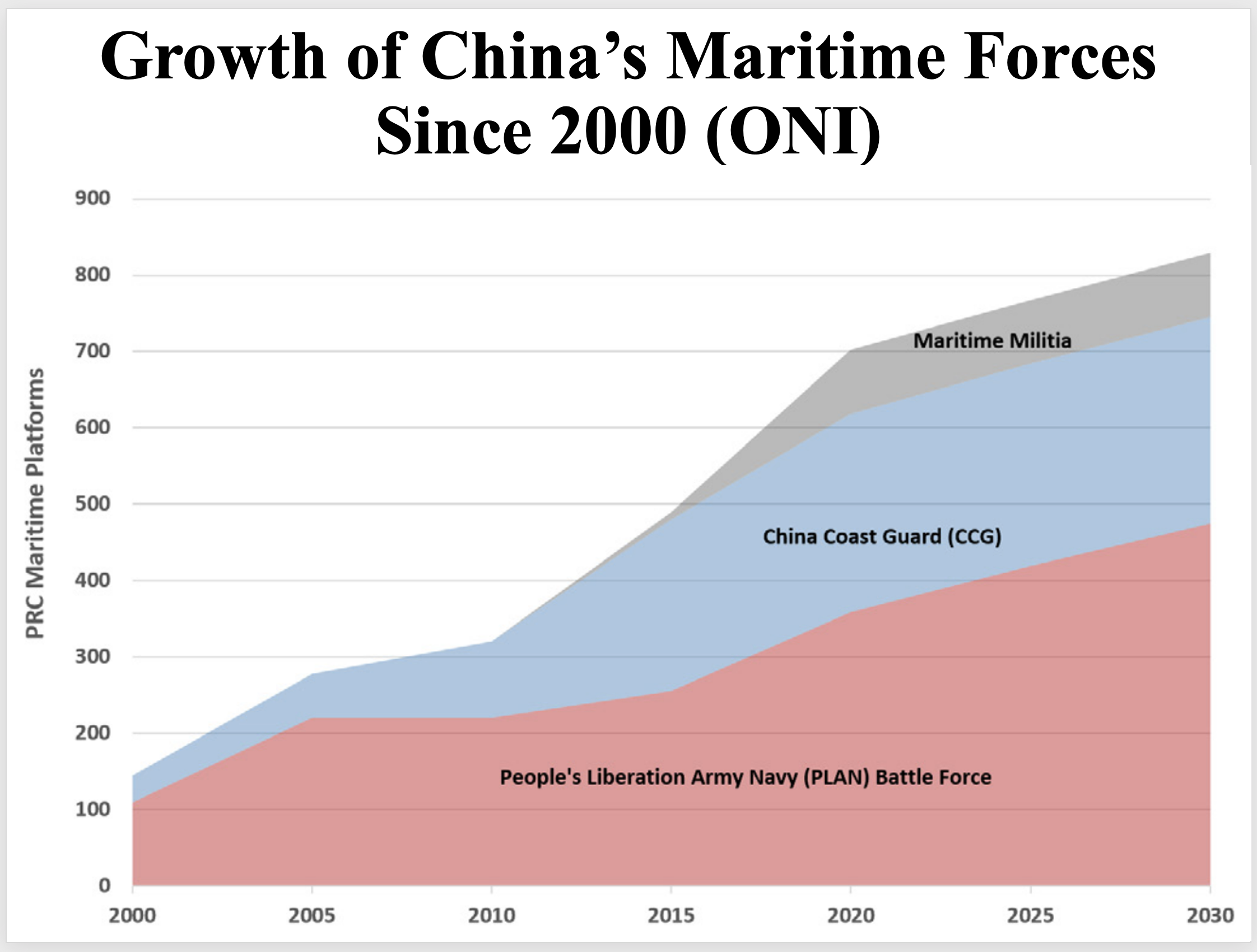 This tsunami of Chinese shipbuilding has tremendous potential implications for the PRC’s effort to coercively envelop Taiwan, resolve other sovereignty disputes in its favor, carve out the region as zone of exceptionalism to international rules and norms, and project Beijing’s power and influence around the world. More broadly still, it offers modern history’s sole example of a “land” power successfully becoming a “sea” power and sustaining that status over time.

The last six centuries have seen law- and commerce- promoting sea powers develop an open global maritime order. Continental authoritarian empires, most recently the Soviet Union, periodically went to sea to challenge this process but ultimately could not afford to sustain the effort. Now China is combining authoritarianism and economic dynamism in a new way. Much is at stake, including some of the most fundamental issues that people have come to take for granted. 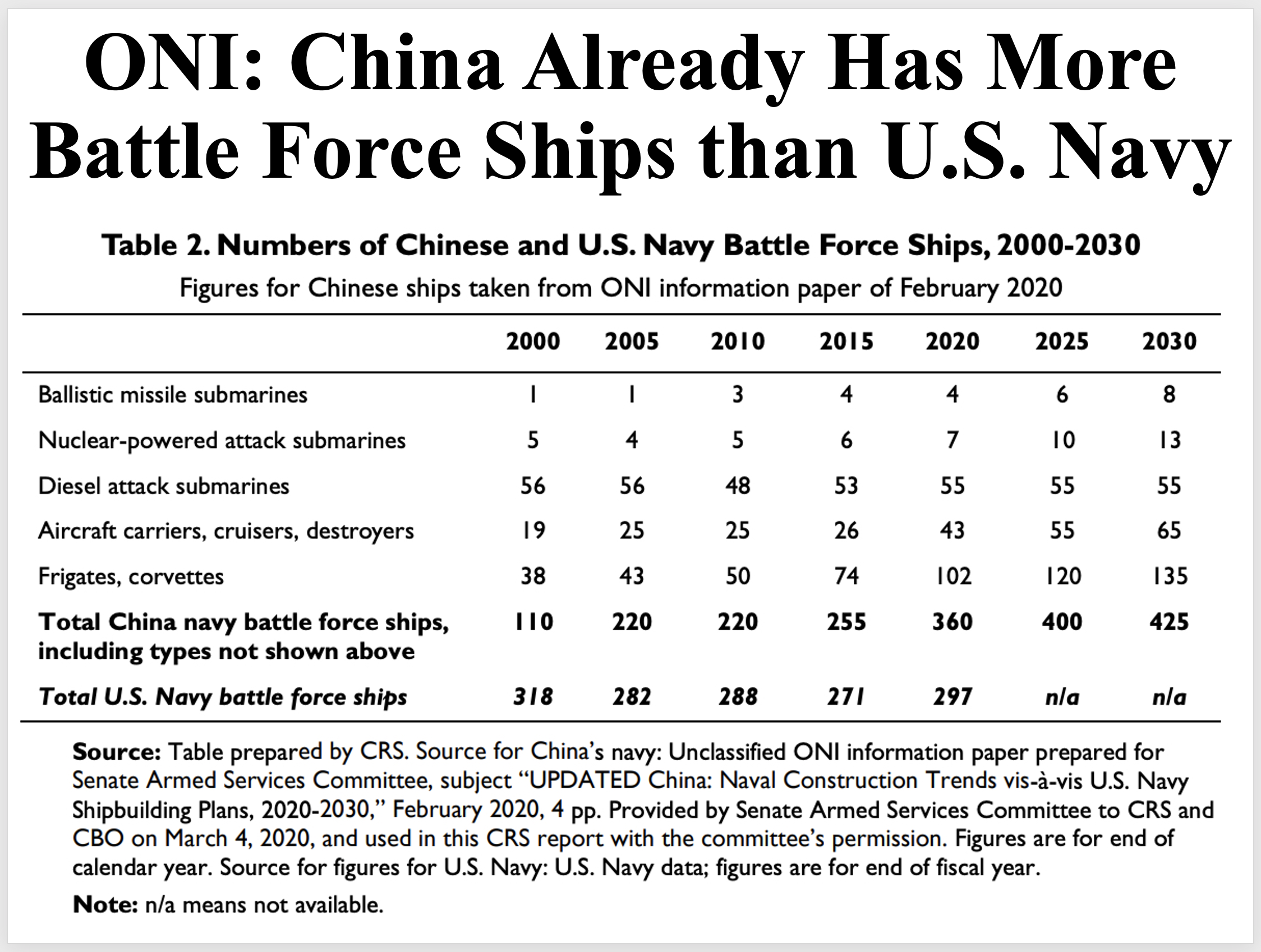 The sources excerpted and linked below offer insights into the PRC military shipbuilding powering this sea change. Among them, the most comprehensive work published to date is the Naval War College China Maritime Studies Institute (CMSI)-Naval Institute Press (NIP) volume Chinese Naval Shipbuilding.

To further chart a course of understanding, the following sources offer specific information on the fleets that Beijing is fielding:

Dr. Andrew S. Erickson is a professor of strategy in the U.S. Naval War College (NWC)’s China Maritime Studies Institute (CMSI). Erickson is currently a Visiting Scholar in full-time residence at Harvard University’s John King Fairbank Center for Chinese Studies, where he has been an Associate in Research since 2008. He is also an Executive Committee member of Israel’s Haifa Maritime Center and a life member of the Council on Foreign Relations.