Today, Unseenlabs, world leader in space-based RF detection for Maritime Domain Awareness, has announced the launch of its latest satellite, BRO-8, number eight in its satellite constellation. BRO-8 will be launched NET January 2023 by SpaceX’s Falcon 9 rocket from Cape Canaveral, Florida, as part of the Transporter-6 Mission. Since the launch of its first satellite in 2019, Unseenlabs has been able to collect tens of thousands of electromagnetic signatures, helping maritime stakeholders track any ship – including dark vessels – anywhere in the world. This new satellite will add to the Brittany-based company’s constellation, and increase the volume and quality of the services it can provide to an extensive customer base in France, Europe and worldwide.

Unseenlabs’ satellites are designed to provide customers with data and analytics based on the interception of radio frequency (RF) signals (detection of electromagnetic waves emitted by electronic devices from Earth’s surface), at any time of the day or night, regardless of weather conditions. Vessels at sea carry many signal-emitting communication and navigation devices. The technology used by Unseenlabs’ constellation characterizes all these emitters by geolocating them within a specific time frame, and identifying each ship at sea with a unique signature – or fingerprint – that can be used to track it. This capacity is paramount for governmental and business-related applications, and is used for the surveillance of areas such as the Baltic Sea (gas pipeline surveillance), the Gulf of Guinea (piracy, trafficking, offshore platforms) and the Arabian Sea (IUU fishing). 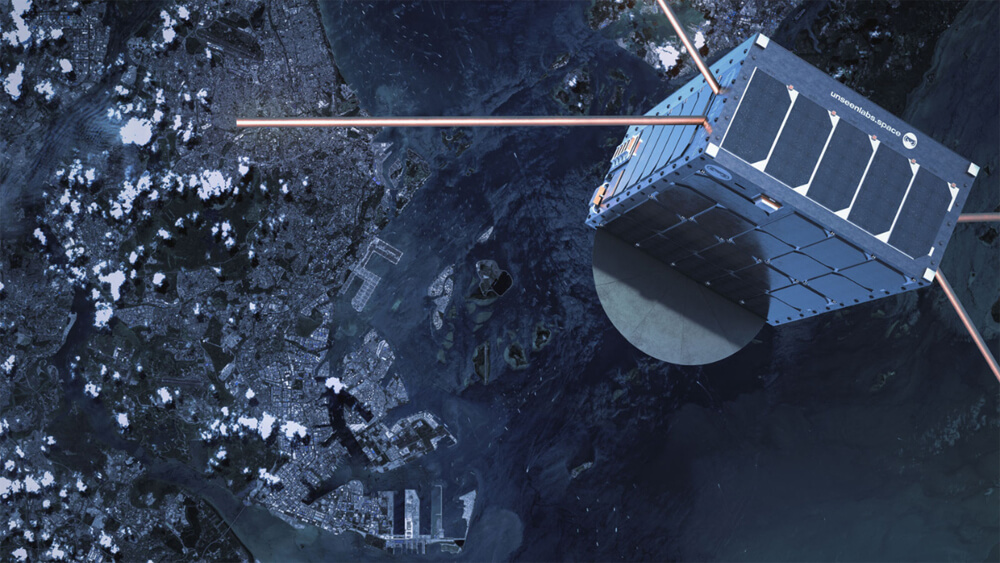 “The Unseenlabs team has launched eight satellites dedicated to space-based RF detection in just three years.” Clément Galic – CEO & cofounder of Unseenlabs – says. “More than ever, maritime stakeholders are in need of radio frequency data to optimize their surveillance, protection and intervention systems. This new satellite will give us increased capacity to support our partners, and our growth in current and emerging markets.” Jonathan Galic – CTO & co-founder of Unseenlabs – explains.

With its latest launches, Unseenlabs is steadily pursuing its constellation development strategy. Six more satellites are due to be launched in 2023. Unseenlabs will continue developing its constellation, to enable data collection above an area of interest several times a day for governmental and business related applications.

The company, which doubled its workforce in 2022 across all departments (sales, engineering, support, etc.) now employs about 50 people and plans to continue recruiting next year.