High power permanent magnets are now being used by the Silver Cloud when deploying boats for passenger excursions. The magnets, supplied by Miko Marine of Norway, each have a holding power of 500kg and are being used by the boat crews to create additional mooring points on the hull of the ship. This enables Zodiacs and other boats to be held close against the ship before being relocated to the point where passengers must disembark for excursions.

The MAM-003S magnet is the latest addition to the Miko range of magnets, and it is housed in a stainless-steel casing for enhanced resistance to seawater corrosion. Despite its holding power, the magnet is fitted with a break lever that enables it to be immediately released from the hull by the boat’s crew. Boat handling also becomes faster and more efficient as there is no need to pass lines to the ship and boat crews retain total control of the operation.

The Silver Cloud is operated by cruise company Silversea and is equipped with two crane-launched inflatable Zodiac boats that are used for providing inshore excursions. Each Zodiac carries two Miko MAM magnets which are now being used to improve the overall efficiency of their operations.

Commenting on the Silver Cloud’s innovative use of his company’s magnets, Nicolai Michelsen, chief executive of Miko Marine said; “Our magnets are used extensively offshore for a wide range of tasks that may involve things like fastening anti-pollution booms or holding tools and equipment under water. Silversea have shown commendable initiative by becoming the first to recognize the potential that the magnets have as additional flexible mooring points and for improving safety of operation.”

Miko Marine is based in Oslo, Norway, where it has become known as a design hot shop specializing in the invention and manufacture of products that use magnets in interesting and effective ways. Staffed by a small team of highly qualified designers the company is known for its ability to find original solutions to some of the marine industry’s most pressing problems. Miko is widely known for its magnetic patches that have been used to prevent ships sinking on numerous occasions around the world. Most recently, its unique Moskito hot-tap tool has been used to remove oil from the tanks of sunken ships before they can become a source of pollution. 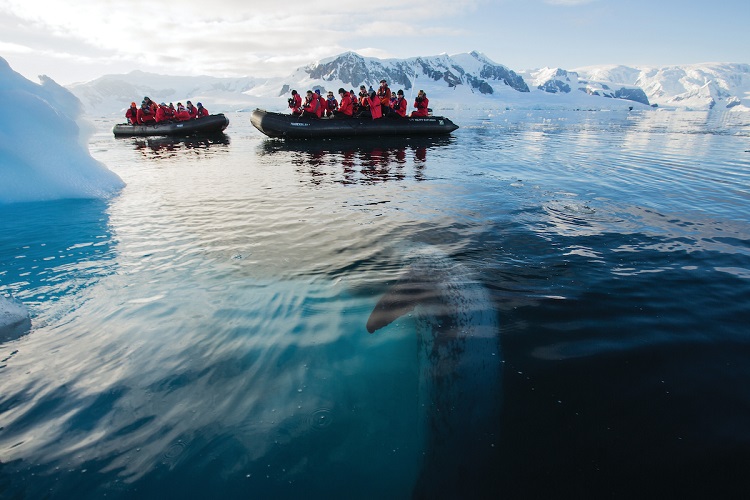