The fire ravaged containership X-Press Pearl began sinking today off the coast of Sri Lanka, leading to fears of a worsening environmental disaster. As of the last report, the stern of the containership has touched bottom while the forward section remains above the water. Sri Lanka has banned shipping and fishing in the area, while the Navy reports that it is prepared to deal with possible oil leaks from the ship’s bunkers.

The salvage crew inspected the vessel yesterday, reporting that the engine room was flooded. Based on the amount of water in the hull, concerns were expressed over the stability of the vessel. Based on the fear that she was in imminent danger, Sri Lanka’s president ordered that the vessel be towed away from the coast toward deep water. 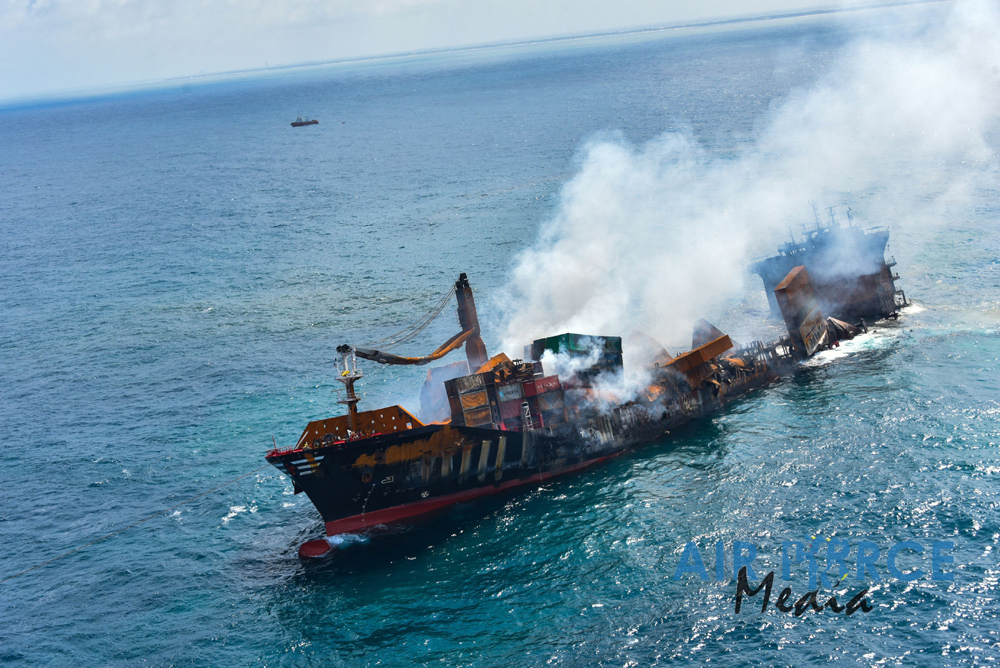 The first efforts by the salvage team to make a towing connection to the ship, which remained anchored 9.5 miles off Colombo, failed due to the ocean swell and the movement of the tug. The decision was made to abort the operation for safety reasons, but later with the assistance of the Sri Lanka Navy the salvage team was able to get back aboard the X-Press Pearl.

While there was no visible fire aboard the ship, crews reported that smoke was still emitting intermittently from cargo holds 1,2, and 3. The plan was to tow the vessel in a westerly direction away from the coastline.

The tow was underway when the stern of the vessel began to sink. The operation was again suspended for the safety of the salvage crew and the tugboat. The Navy reported late today that the stern touched bottom at a depth of approximately 70 feet. Pictures show the forward section above water heeling to starboard.

Sri Lankan officials had already called it the worst environmental disaster in the history of the country. Contractors continued for a fifth day working with local authorities to clean the shoreline and recover debris that is washing up on the beaches of Sri Lanka. In addition to the 25 tons of nitric acid in the ship’s cargo, there were cosmetics and plastic pellets are among the debris covering the beaches. Teams are also testing water samples.

Investigations are ongoing into the cause of the accident centering on the chemical cargo and what the ship did to deal with leaks from the containers during the return trip from the Middle East. At the same time, Sri Lankan government officials told the local media that they are preparing financial claims against the ship’s owners and its insurance company. They raised the possibility of placing an interim claim, although The Daily Mirror in Colombo is quoting the environmental minister saying that the “environmental damage cannot be repaired even if compensation is 100 billion Rupee” ($500 million). 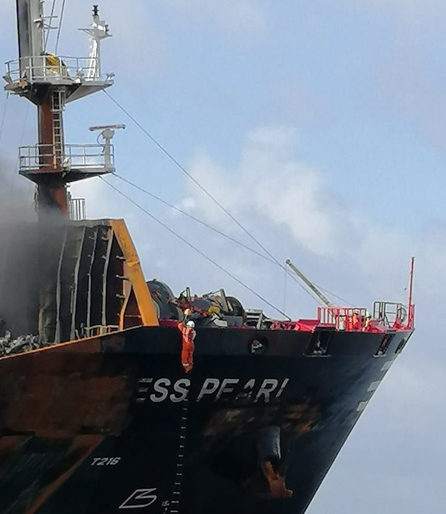 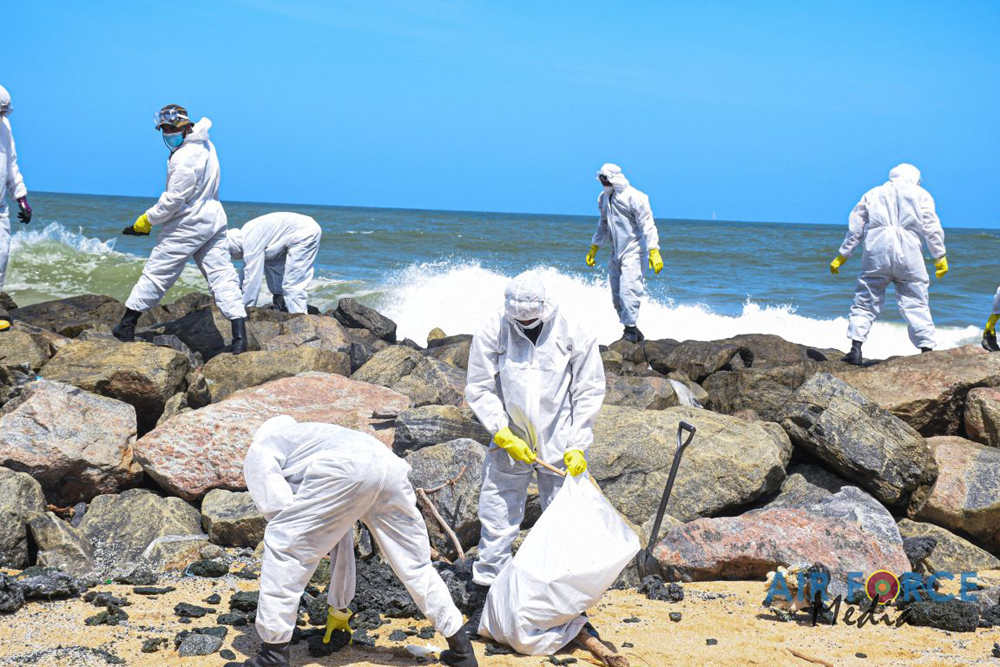 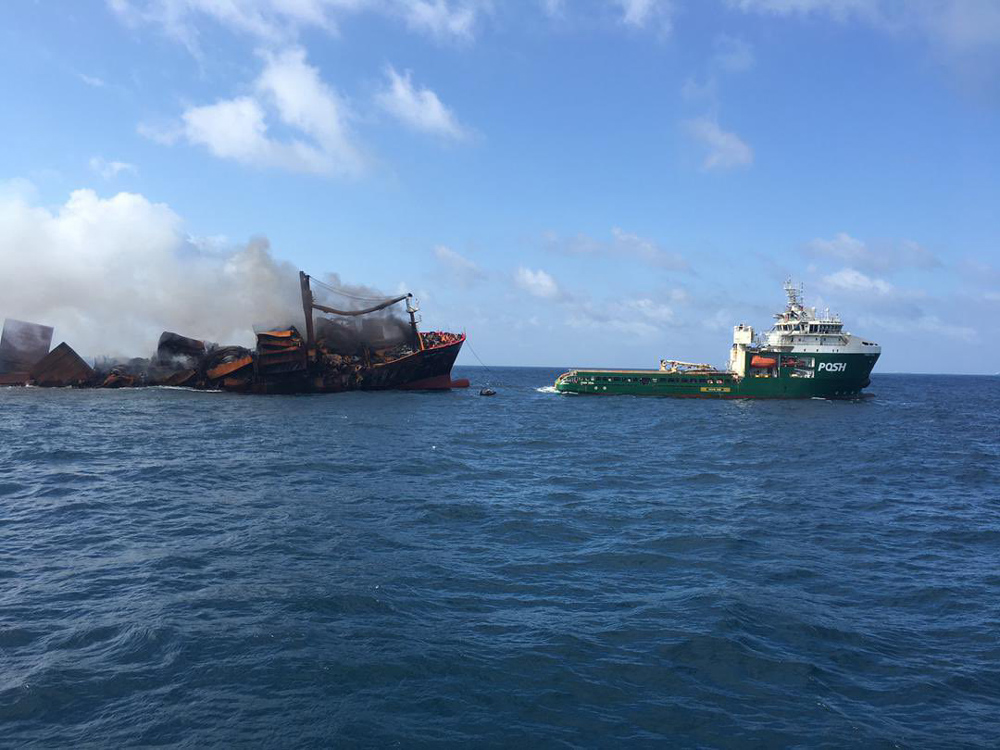 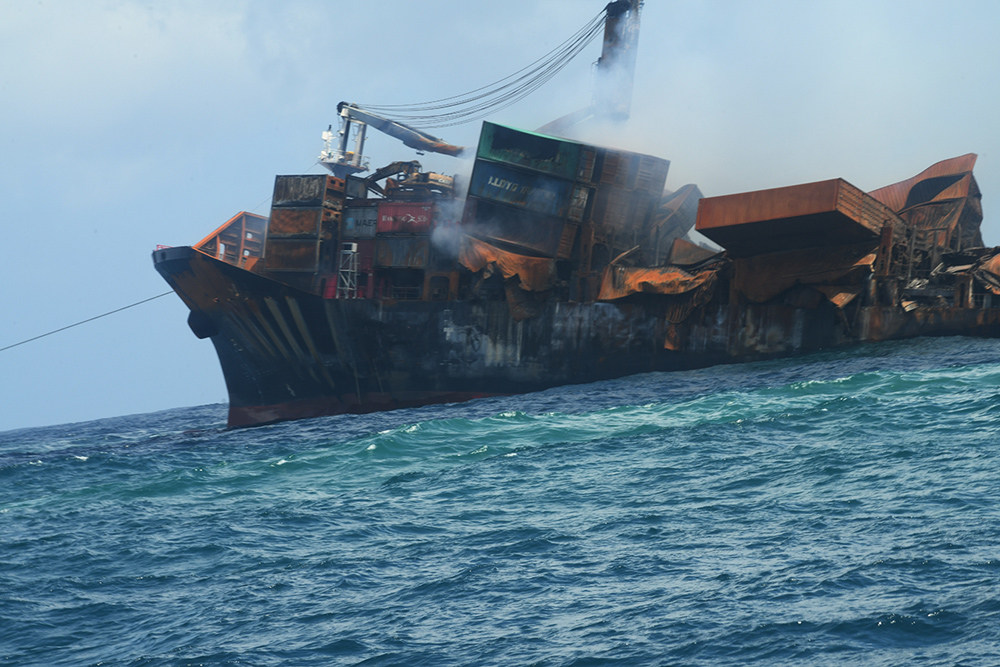 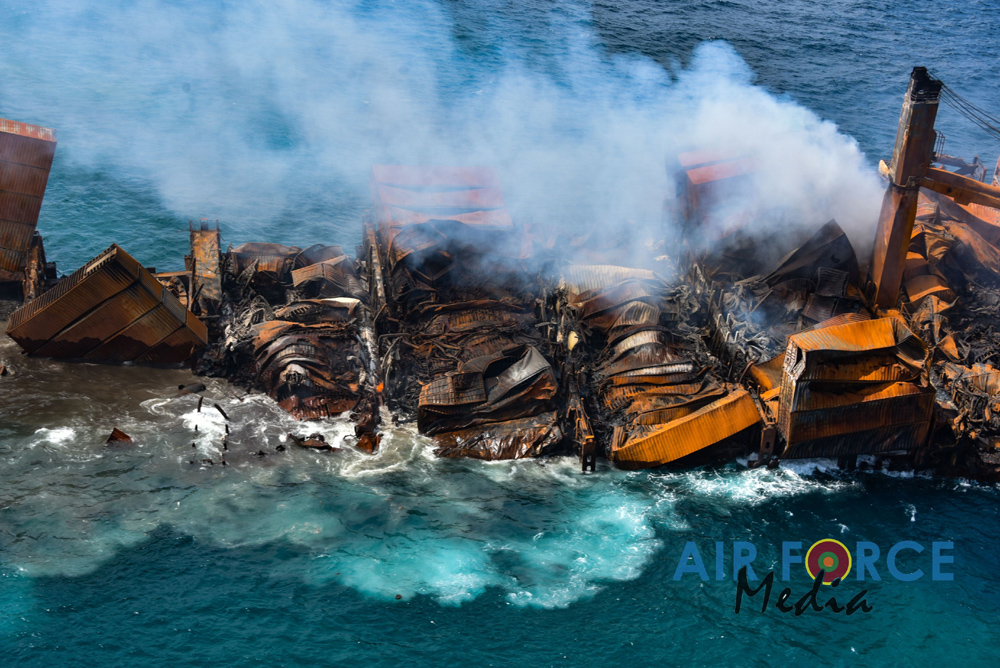