The museum ship USS The Sullivans (DD-537) experienced flooding on her starboard side and took on a heavy list overnight Wednesday, according to her caretaker, the Buffalo and Erie County Naval & Military Park.

Images from the scene show the WWII-era warship listing heavily towards the pier and settling by the stern, her starboard rail underwater.

The park's staff realized that the ship was taking on water at about 2200 hours, according to the Buffalo News, and they called a salvage and repair company to attempt an emergency patch. The breach is located aft on the starboard side, the park's director told media. Dive inspections and emergency dewatering efforts were under way on Thursday afternoon, with assistance from local fire and rescue agencies.

The vessel's hull has been known to be in need of repairs since 2018, and the park has been raising funds to pay for restoration. Work began last year but stopped for the winter in October; the salvor had been planning to resume work on the hull in the spring, and the job had been set to restart next week.

USS The Sullivans (DD-537) is a decommissioned Fletcher-class destroyer, and she served in WWII and the Korean War. She saw extensive action in the island-hopping campaign in the South Pacific, from Kwajalein to Palau to the Philippines to Iwo Jima and Okinawa. She ended her military service in 1965 and has been moored in Buffalo since 1977. 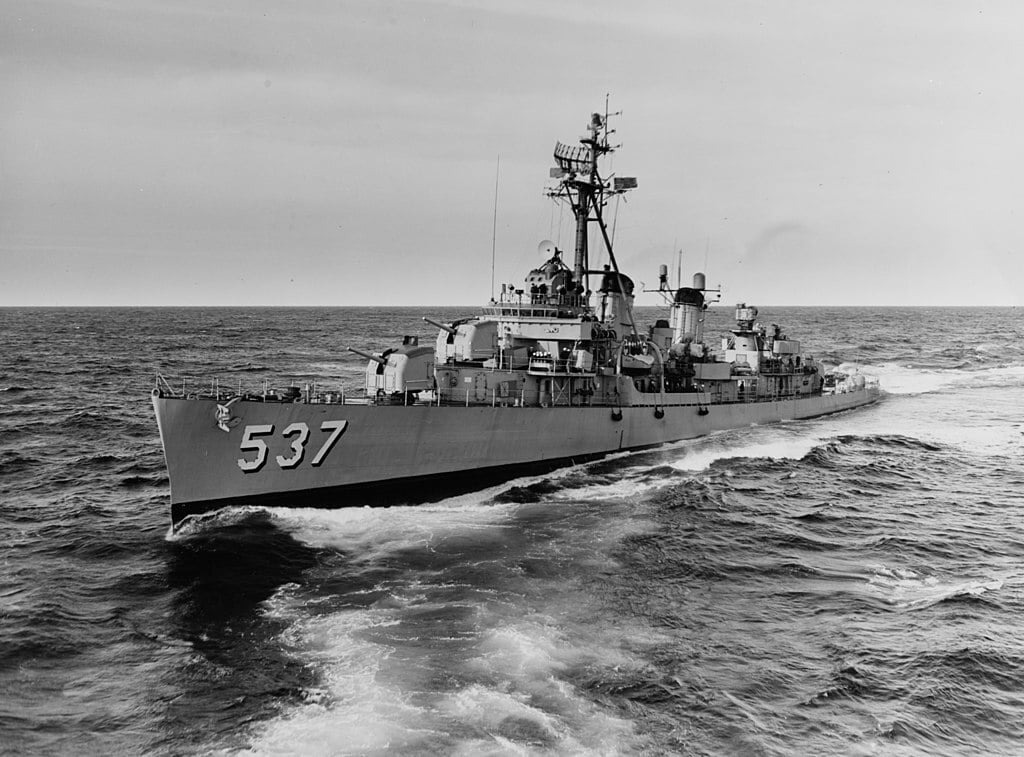