The British-led Black Sea Maritime Archaeology Project claims to have found the world's oldest intact wreck, a Greek sailing vessel dating back to 400 BC. The wooden hull is so well-preserved because it lies a mile below the surface of the Black Sea, where an abnormally low level of oxygen in the water slows decay. 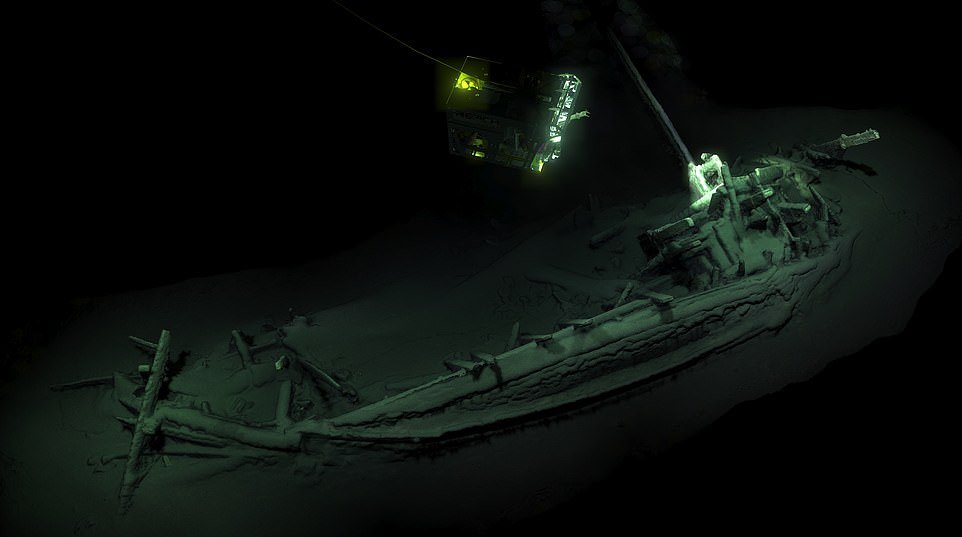 "A ship, surviving intact, from the Classical world, lying in over two kilometres of water, is something I would never have believed possible," said lead investigator Professor Jon Adams of the University of Southampton, speaking to Sky News. "This will change our understanding of shipbuilding and seafaring in the ancient world." 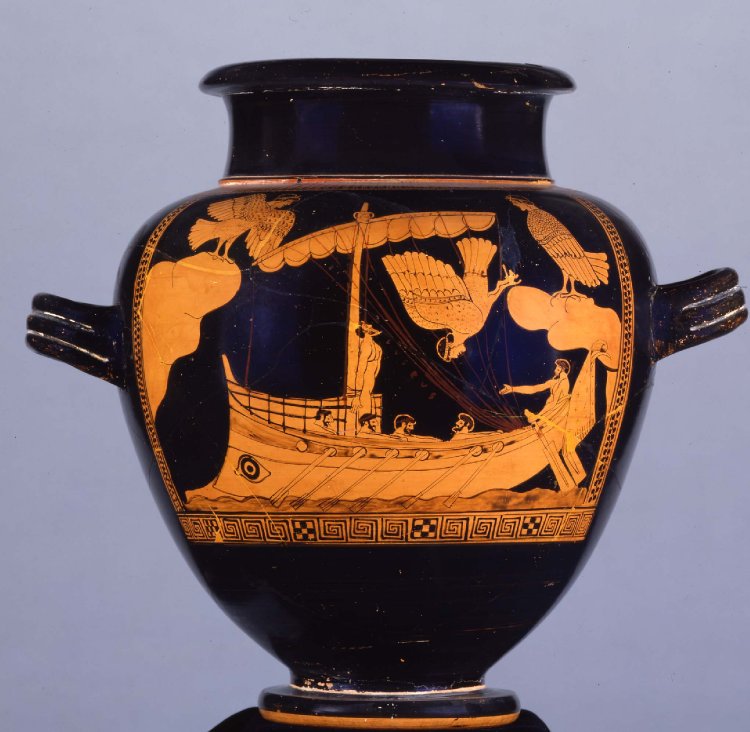 The wreck's design bears a remarkable resemblance to that depicted on a famous piece of Greek pottery, the Siren Vase (left), which shows Odysseus' crew passing the mythical Sirens. The vase dates from about 500 BC, and the wreck confirms its representation of the naval architecture of the times - single mast forward, high forecastle, rowing stations amidships and a slender, upswept stern. According to the team, a vessel of this kind has never been seen before in modern times.

The Black Sea MAP project benefited from the capabilities of today's maritime technology, in the form of an offshore survey vessel. They chartered the Stril Explorer, a survey ship that was built for offshore oil and gas exploration and provided an ideal platform for marine archaeology. On board are two sophisticated ROVs: the "Supporter," equipped for high resolution 3D photogrammetry and video, and the "Surveyor Interceptor," which carries a full suite of geophysical instrumentation, high definition cameras and a laser scanner.

The three-year expedition series began with a much different mission - to study prehistoric sea level changes in the Black Sea region - but it quickly expanded to include a shipwreck hunt, with over 60 ancient vessels found to date. These finds also included a "17th-century Cossack raiding fleet" and Roman merchant vessels, among others.