With strong growth expectations for the number of vessels that will be using LNG, the bunkering industry is moving to aggressively expand LNG operations. This week alone two new unique LNG bunkering vessels for ship-to-ship fueling were named as they prepare to enter service.

According to the industry trade group SEA-LNG, at the beginning of 2019, there were just six LNG bunkering vessels in operation around the world. The number doubled to a dozen by the beginning of 2020 and currently is around 15 operational bunker vessels. SEA-LNG reports a further 25 LNG bunker vessels are either on order or under construction due to enter service by the end of 2021.

The world’s largest LNG bunker vessel, the Gas Agility, arrived in Rotterdam where it will operate and was named on September 18. Built at Hudong-Zhonghua Shipbuilding near Shanghai, it is owned by Emerald Green Maritime Limited, a wholly-owned subsidiary of Mitsui O.S.K. Lines, Ltd. It will be operating in Europe under a long-term charter to Total’s affiliate Total Marine Fuels Global Solutions. 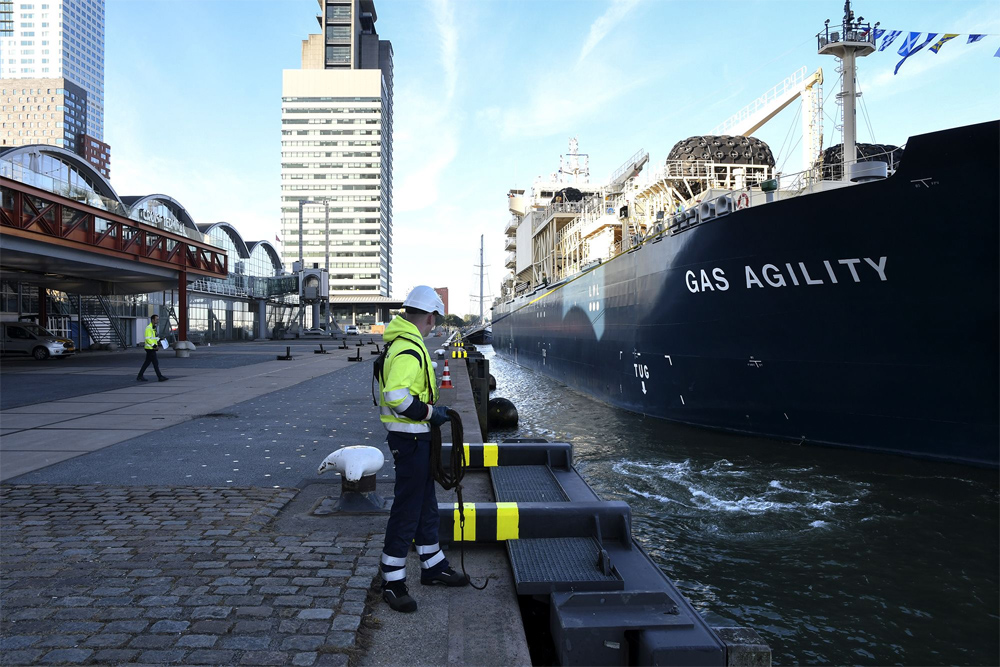 Measuring 445-feet in length, the 18,600-m3 GTT Mark III Flex membrane vessel is powered by LNG for her propulsion and integrates a complete re-liquefaction of the boil-off gas. According to Total, she will operate mainly in Northern Europe servicing ships including CMA CGM’s nine new Ultra Large Container Vessels (ULCVs). The first of those container ships was recently completed by Hyundai Samho Heavy Industries and expected to be delivered to CMA CGM shortly.

Total expects to further expand its LNG bunker vessel operations in 2021. At the end of last year, they entered into a second long-term charter agreement with Mitsui for a vessel that is currently under construction in China. This second vessel will be positioned in the Marseille-Fos area in France to supply LNG as a marine fuel within the Mediterranean area. 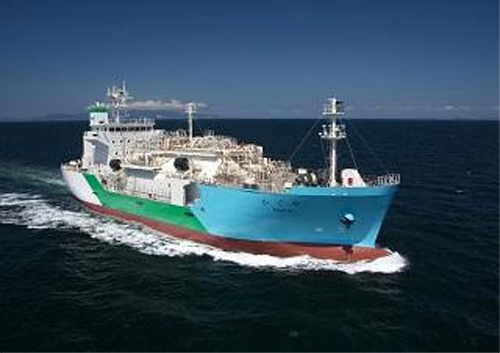 Two days ago on September 16, Japan’s first LNG bunkering vessel was officially named the Kaguya at Sakaide Works of Kawasaki Heavy Industries. The 4,000-ton vessel with a capacity of 3,500 m3 has a length of 265 feet. It will be operated by the Central LNG Shipping Co., which is a joint venture between NYK Line, Kawasaki Kisen Co., JERA, and Toyota Tsusho. This vessel is currently completing commissioning and will be handed over after undergoing final LNG tests. It is expected to be in service next month based at the JERA Kawagoe Thermal Power Station becoming the first Japanese ship-to-ship LNG bunkering vessel.