The HMM Algeciras, which is billed as the world's largest container vessel, completed its transit of the Suez Canal during its maiden voyage from South Korea and China to Rotterdam and Europe.The transit was an important symbolic event for the Suez Canal as it faces economic and operational challenges to its historic role in the shipping world.

The 24,000 TEU-class containership was built at the DSME (Daewoo Shipbuilding & Marine Engineering)’s Okpo shipyard in Geoje, Korea, and delivered to HMM in April 2020. After loading containers in Busan in South Korea, and Ningbo, Shanghai, and Yantian in China, the vessel departed on May 8, 2020, carrying a record 19,621 TEUs. Registered in Panama, the ship has a length of over 1,300 feet, and is deployed on the Far East Europe 4 service route. 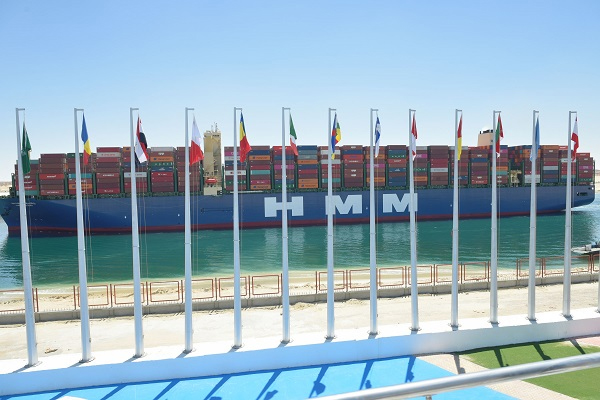 The transit was made through what is referred to as the New Suez Canal, a hallmark project completed by the Suez Canal Authority that added a more than 20-mile new navigation channel, referred to as the south channel, that runs parallel to the historic route. Opened in 2015, the new passage was part of a program to widened and deepened areas along the canal and to make possible more two-way traffic. The result was to cut more than three hours from the transit.

Admiral Rabie highlighted the new canal as part of their efforts to increase efficiency and handle more large vessels similar to the HMM Algeciras.

The Suez Canal is coming under increasing operating pressure from the world’s shipping lines as they work to address the downturns in the oil market and the global economy in the wake of the coronavirus health crisis. Recently, major shipping lines, including Cosco, CMA CGM, Evergreen, and MSC, have all announced plans to divert some of their ships. Instead of taking the more direct route through the Suez Canal, some vessels are being routed around Africa taking advantage of the lower oil prices and avoiding the fees associated with the transit.

Sailing the longer route around Africa also takes many of the ships outside some of the worst areas in the world for piracy. The unrest in Yemen and the region has been linked to piracy activity and the increased costs of maintaining security in the region.

Historically, the Suez Canal calculates fees for the transit based on a range of factors including the size of the vessel and the number of full or empty containers loaded. In response to the pressures from the shipping lines, the Suez Canal Authority recently adopted several measures including incentives and rebates for various types of transiting vessels. By some estimates, individual vessels might receive discounts ranging between 20 and up to 75 percent of the transit fees depending on their size and routing.

Opened in 1869, the Suez Canal has long been valued for its ability to reduce the transit times between Europe and Asia. Since it opened, 1.3 million vessels have transited the Suez with over 28.6 billion tons of cargo. The canal has generated more than $135 billion in revenues.

In 2019, the Suez Canal celebrated its 150 anniversary while also recording its busiest day in history. On February 6, 2019, 75 vessels transited the canal representing nearly 6 million tons. Included in the traffic were 14 mega vessels each at over 150,000 tons. In total, in 2019, approximately 19,000 vessels carrying more than 1.2 billion tons of cargo transited the canal.

The Suez Canal Authority is working to upgrade its operations to protect its position and maintain its role in shipping. The projects include establishing new waiting areas to increase navigational safety in the waterway, as well as enhancing its navigational services by developing new traffic monitoring stations along the waterway. The authority is also planning to upgrade its fleet of escort tugs and other auxiliary units involve in the pilotage process in the canal.

Despite the current slowdowns in the shipping industry and global economy, shipping experts believe that the Suez Canal’s vital geographic position ensures its role in shipping. With an economic rebound, ships such as the HMM Algeciras, will need the Suez Canal to remain competitive. 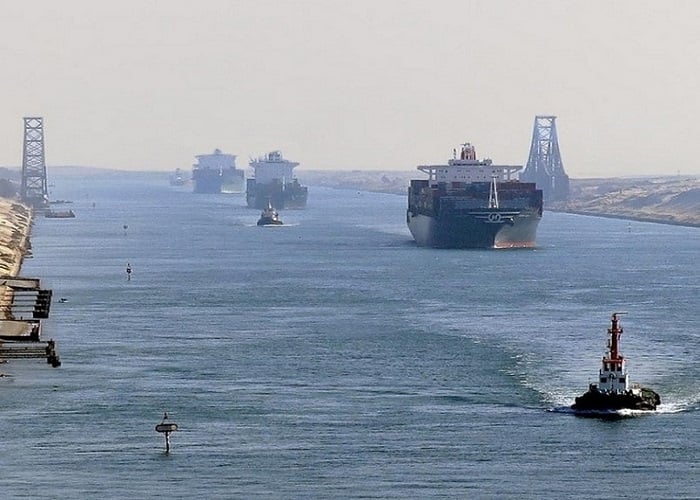