Spain's federal police agency has seized 200 kilos of cocaine from inside of a cooling water intake under the hull of a bulker at Santa Cruz de Tenerife.

The bulker Nord Mamore called at Tenerife last week and anchored at the port for refueling. She was carrying a cargo of corn and headed for Lisbon, Portugal. In the early hours of August 5, a border guard unit of the Guardia Civil, working with a customs surveillance unit, boarded the vessel to conduct an inspection - the latest in a series of drug-enforcement actions at the anchorage. They were joined by a specialized dive inspection team, which went over the Mamore's hull in detail.

During the course of the inspection of the cargo and the vessel's common areas, divers from the Civil Guard's underwater activities team (GEAS) located a total of eight bundles of cocaine under the hull. The discovery was made during an inspection of a cooling water intake for the ship's machinery.

The bundles were tied together inside the intake, behind the exterior grate. When removed and tested, the substance tested positive for cocaine.

In Europe, cocaine wholesale prices run in the range of $40,000, about a third more than its value in the United States, according to Insight Crime. This would put the shipment's total value at about $8 million (delivered to Portugal).

In the three months before her arrival at Tenerife, Nord Mamore called at the ports of Imbituba, Rio Grande and Curitiba, Brazil. Brazilian organized crime groups export cocaine sourced from Bolivia, and they sell substantial quantities to Western Europe; customs agents intercept about 20-30 tonnes of Brazilian-origin cocaine in Europe every year. Curitiba is one of the identified smuggling ports for this drug pipeline, according to the UN Office on Drugs and Crime. 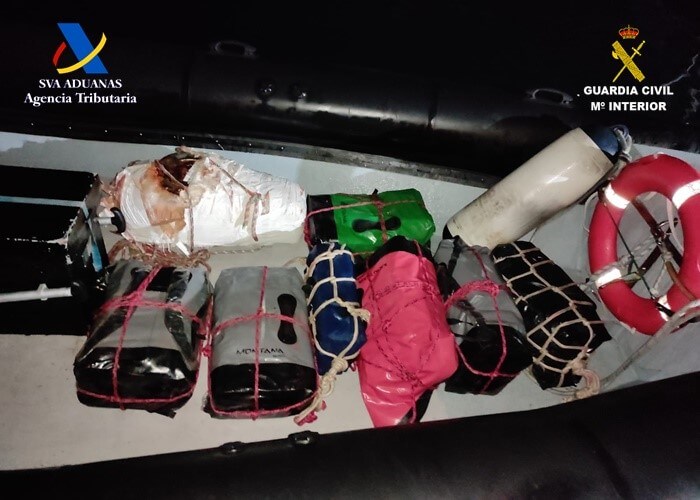