During the severe storm that struck northern Norway last week, high winds drove the Hurtigruten cruise ferry Nordnorge hard against a pier at the port of Bodø, Nordland during berthing.

The Nordnorge approached the dock with the wind on her starboard beam, heeling visibly to port. As she drifted beam-on towards the pier she deployed her starboard side anchor.

Video from the scene (below) shows two longshoremen backing quickly away from the edge at her rapid approach, then running forward to retrieve a heaving line from a crewmember on the bow.

While the evolution was dramatic, no damage or injury were reported.

"It was quiet when we entered the harbor, but then came the strong wind gusts from the northwest," Capt. Tormod Karlsen told NRK. With the anchor deployed, "we just had to . . . use the engines for everything they were worth," he said. Karlsen estimated the wind speed at up to 60 knots at the time.

The storm's intensity also caused Hurtigruten to alter a sailing of the cruise ship Lofoten, diverting the vessel to more sheltered waters. In reports confirmed by Forbes, passengers said that the Lofoten encountered waves of up to 65 feet in height during an earlier transit.

In Finnmark, Norway's farthest northern region, 29 roads were closed due to heavy snow and the risk of avalanche. Several communities - notably the port towns of Honningsvåg, Båtsfjord, Berlevåg and Mehamn - were temporarily cut off due to the closures. Near the town of Lofoten, a popular tourist destination, a slow-moving bus was blown off the road by high winds (below). 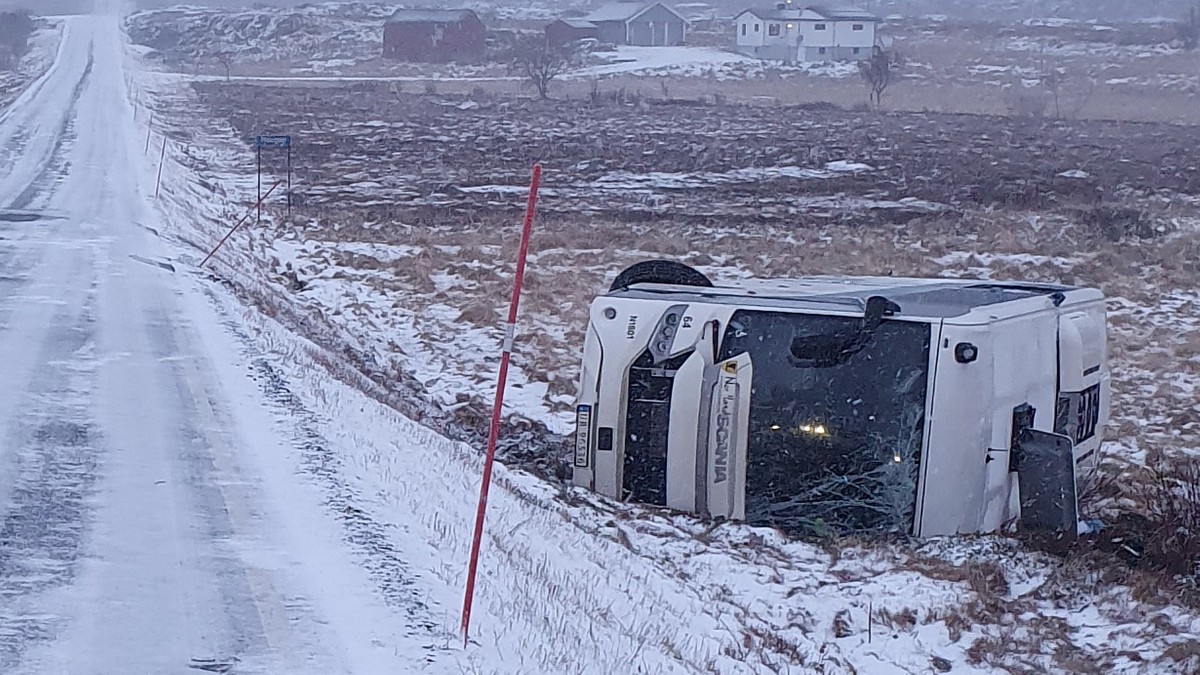