Video: Fire and Explosions on Containership off Sri Lanka

The fire aboard the Singapore-flagged containership X-Press Pearl intensified overnight, prompting the decision to evacuate the ship as firefighters struggled with worsening weather conditions. Sri Lankan officials are now preparing for an environmental incident as the vessel has lost containers overboard, taken on a list, and the fire continues out of control.

According to the vessel’s owners X-Press Feeders, after having brought the fire under control on May 24, the situation began to deteriorate as weather conditions worsened. The fire is being fanned by strong winds and early today, May 25, they ordered the 25 crewmembers along with 12 firefighters from the Smit’s salvage team to evacuate the ship. The Sri Lanka Navy completed the evacuation with reports of two crew members having suffered minor injuries.

As the wind pushes the fire aft on the ship and onto the quarter deck approaching the bridge, the Sri Lankan Navy reported hearing explosions aboard the ship possibly coming from the burning cargo. After the explosions, Sri Lanka requested assistance from India in fighting the fire. The Indian Coast Guard sent an airplane to provide observations and later this afternoon three vessels from the Indian Coast Guard also arrived on the scene. Over the weekend, the vessel’s owners had also hired the Dutch salvage company Smit to assist with the firefight. Smit had a tugboat alongside spraying water on the fire and was airlifting additional, specialized fire fighting equipment to Sri Lanka.

“We are trying our best to put out the fire that broke out aboard the ship,” said the Hon. Rohitha Abeygunawardena, Minister of Ports and Shipping for Sri Lanka. “Although the fire had been brought under control by yesterday morning, it has reignited due to the prevailing weather conditions and the continuous reaction of the chemicals in the ship.” 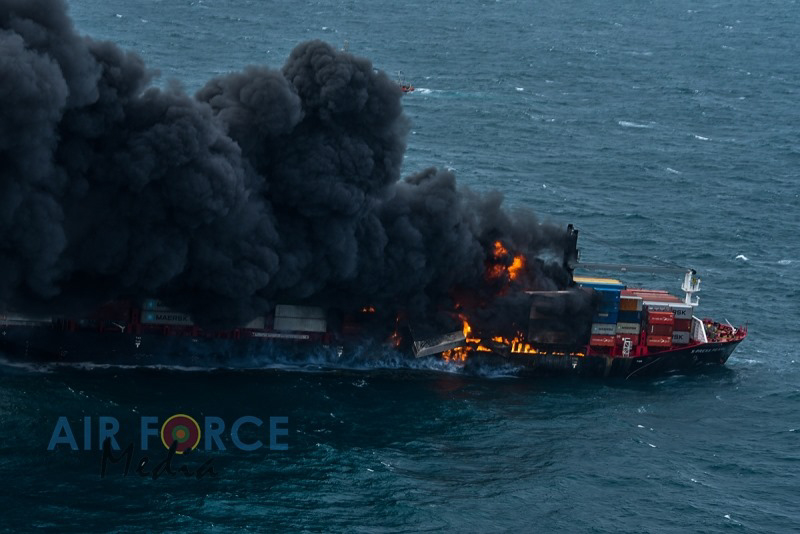 Due to the rough seas and the amount of water already sprayed on the 37,000 dwt vessel, the Sri Lanka Navy reports the containership is now sitting low in the water at the bow and listing to starboard. As a result, at least eight containers were reported to have fallen overboard with the Sri Lanka Navy warning that some of them could contain dangerous chemicals. Some containers were thought to have sunk, but officials also warned against touching or opening anything that might be found floating or washed up on the coast. In addition, fishing and other vessels have been warned to remain away from the area.

The X-Press Pearl was carrying approximately 300 tons of bunker fuel, although some of it has been removed from the ship. Officials, however, are prepared with chemical dispersants and booms should an oil leak occur. They estimate that there are 100 tons of fuel on the vessel.

Previously, the Sri Lanka officials had ordered the X-Press Pearl, which is anchored approximately 9.5 nautical miles northwest of the port of Colombo, to move further out to sea. The vessel had not been moved, but reports are that they are exploring the possibility of towing the burning ship further offshore.

The fire was originally discovered on May 20 in the forecastle area of the ship. It was believed to have started due to a chemical reaction and the ship’s crew with assistance from Sri Lanka thought they had been able to extinguish the fire on May 21. The Sri Lanka Navy, however, warned that there were hotspots aboard the vessel and feared the fire would reignite. The fire was burning over the weekend with Smit leading the firefight and on May 24, they had reported it was under control. The crews were carrying out a risk assessment while taking steps to stop the fire from spreading into other areas of the ship.

The X-Press Pearl is a new feeder vessel delivered to her owners in February 2021. She was completing a voyage from Qatar and the UAE with stops in India and Sri Lanka before her scheduled arrival in Singapore. 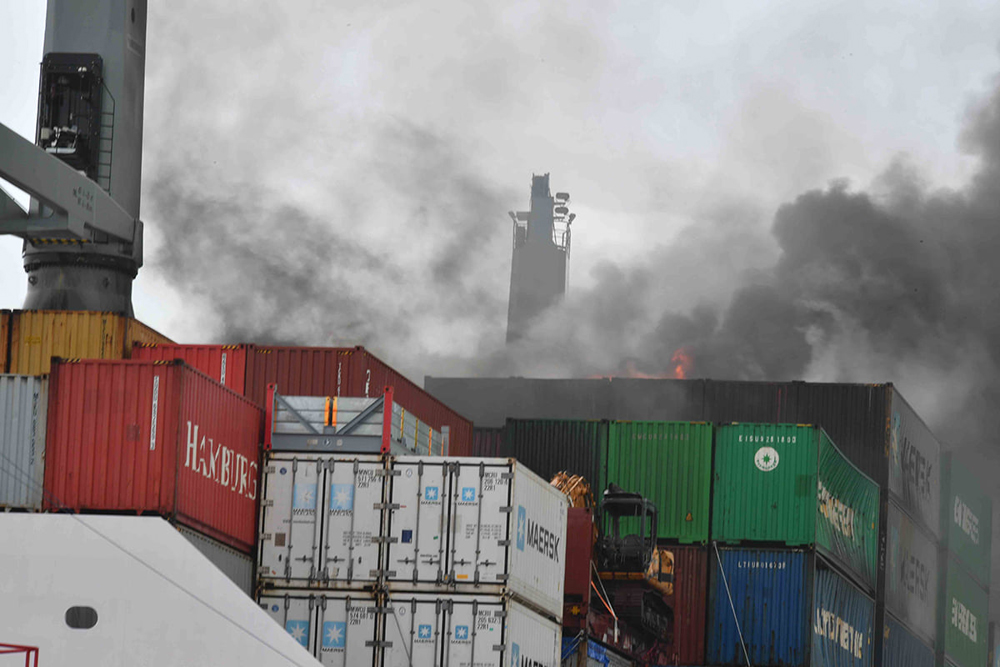 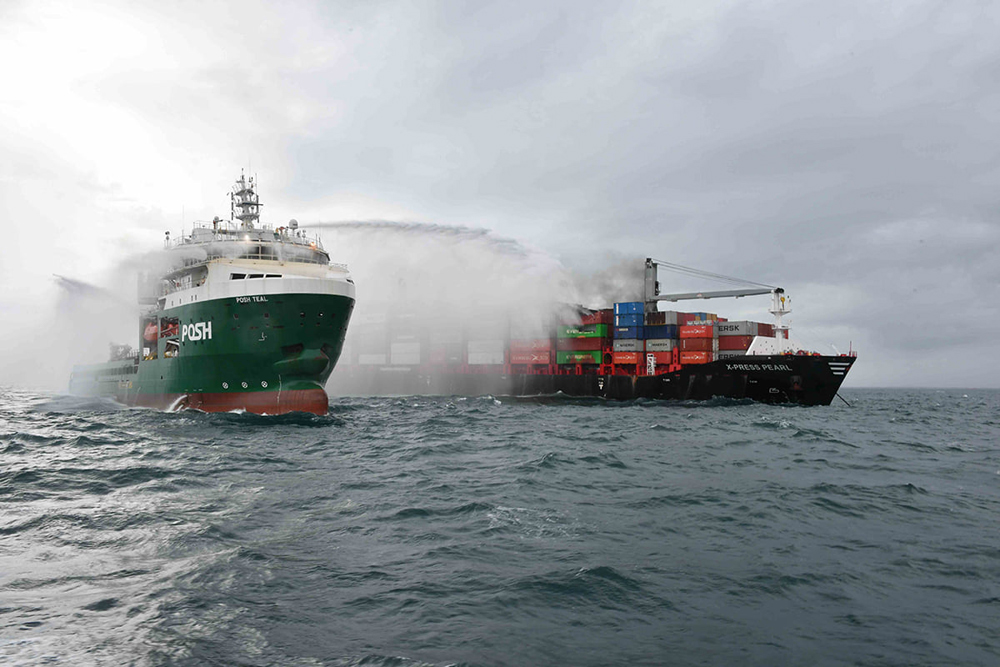