Forty days after she departed, Ever Forward is back at the Seagirt Marine Terminal in Baltimore to begin the long-delayed voyage. After reloading the containers, the vessel will make her way back along the Chesapeake Bay starting later tonight toward Norfolk, Virginia before proceeding to New York, her final U.S. stop on this leg of the voyage.

TV news cameras were overhead at Seagirt today to capture images of the vessel as she began reloading the approximately 500 containers removed last week and moved by barge to Baltimore as the salvage team worked to lighten the vessel. During the operation, containers have been removed both from the port and starboard side stacks to maintain balance and an even keel to assist the refloating effort, but they represented only a small fraction of the vessel’s capacity of 12,000 TEU.

The containership got underway after undergoing an inspection earlier in the week during which divers and the U.S. Coast Guard confirmed that she had not suffered any significant damage. She had remained at anchor near Annapolis, Maryland since being refloated on April 17 before starting the trip north to Baltimore. She is now following her normal route, due to arrive in Norfolk on April 25 and New York on April 28 before proceeding to the Panama Canal. She is expected to return to China at the end of May and resume her normal rotation.

Her owners, Evergreen Marine reiterated in a statement today that the vessel sustained no damage and that all equipment is functioning normally as they also rejected the need to establish any type of fund for potential environmental damage either from the grounding or the refloating effort. Last week, Maryland’s comptroller, who is also campaigning for the nomination to run for governor, had suggested in a letter to the company that they should establish a contingency fund of between $75 and $100 million to cover costs for restoration efforts in the Chesapeake Bay and potential environmental damage. He made his statement before the refloating citing the potential for oil contamination and disruption to the fish population in the bay.

Evergreen highlighted that the ship was refloated without any damage or oil leak while the U.S. Coast Guard also emphasized its vigilance in monitoring the vessel. Even Maryland’s Department of the Environment reported it was prepared to remove gray water from the vessel to prevent environmental contamination during the grounding. Evergreen said the concerns raised by the comptroller had been avoided by successfully refloating the ship and denying any environmental damage.

While the vessel is underway, the investigations will continue. The U.S. Coast Guard is looking at the causes of the grounding as well as private investigations. Claims consultant WK Webster reported it has a private investigation underway as it seeks to represent clients in the General Average cases that are sure to result. Experts forecast it will be years until all the claims related to the Ever Forward are resolved. 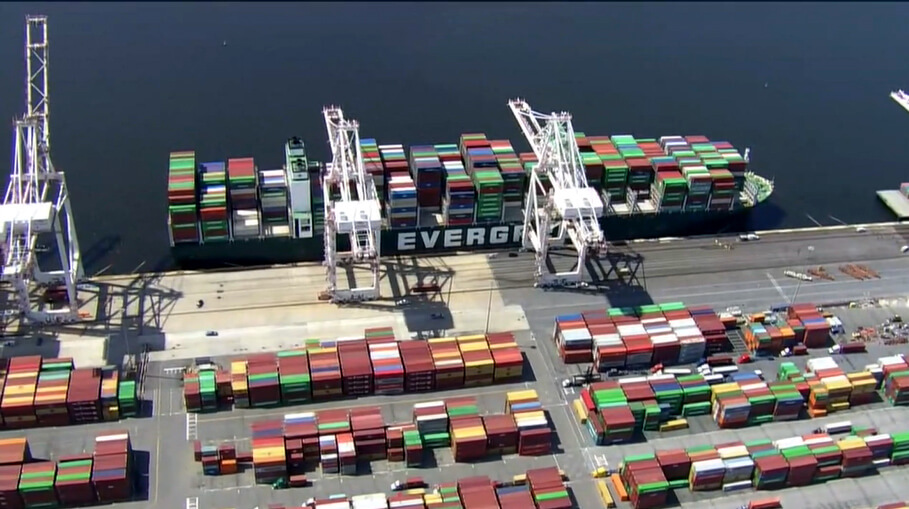