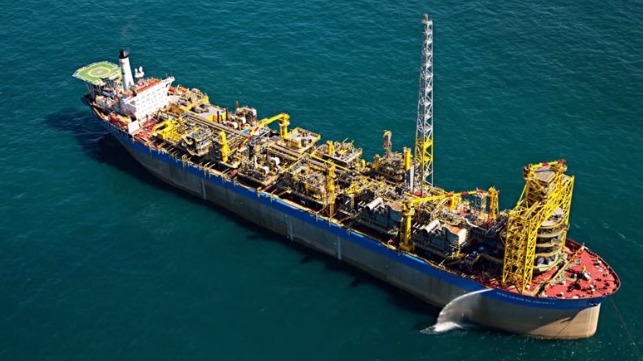 On Tuesday afternoon, the Cyclone-class patrol vessel USS Thunderbolt fired multiple warning shots at an Iranian Revolutionary Guard Corps patrol boat. The IRGC Nassar-class boat came to within 150 yards while Thunderbolt was in formation with two Coast Guard cutters and one Army logistics ship near the cruiser USS Vella Gulf, according to USNI News. A defense official told media that the boat was approaching swiftly and did not respond to flares, whistle signals or radio calls, leaving the Thunderbolt's crew with no choice but to fire warning shots from one of her .50 caliber machine guns.

Just last month, an Iranian Houdong-class missile boat came to within 800 yards of the amphib USS Bataan, which was in formation with the MSC auxiliary USNS Washington Chambers and the destroyer USS Cole. The Navy alleged that the IRGC boat harassed the Cole and the Bataan with a searchlight and aimed a laser at a Navy helicopter that was accompanying the formation. Commander Bill Urban, a Navy spokesman, said that "illuminating helicopters with lasers at night is dangerous as it creates a navigational hazard that can impair vision and can be disorienting to pilots using night vision goggles." He described the interaction as "unsafe and unprofessional."

These incidents are just the latest in a long string of run-ins between IRGC vessels and U.S. Navy forces. In March, an IRGC boat obstructed the safe transit of the surveillance vessel USNS Invincible, and in January, the destroyer USS Mahan was forced to fire warning shots at four approaching IRGC boats.

“While in the past we have discussed the number of interactions, even just one interaction like this is cause for concern," emphasized Navy spokesman Lt. Ian McConnaughey, speaking to Military.com on Tuesday. "This type of behavior is not in accordance with international law and created an unnecessary risk of collision that could have led to potential miscalculation and escalation."