The Navy Times reports the U.S. Navy is also expecting two destroyers, the USS John Finn and the USS Rafael Peralta, and two submarines, the USS Washington and the USS Colorado.

Leaving the fleet will be the submarine USS San Francisco which is planned to become a moored training ship. Two other submarines, the USS Dallas and the USS Buffalo are expected to leave active duty in 2017.

President-elect Donald Trump has said he plans to increase the fleet to 350 ships. 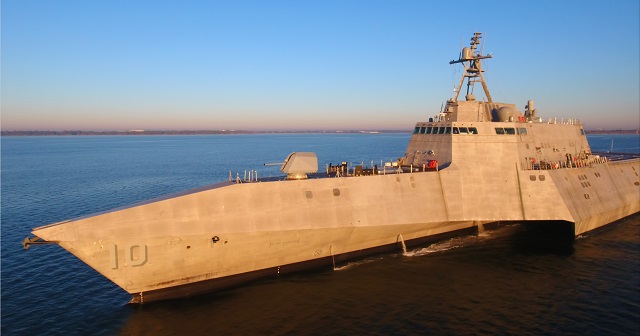 The Navy accepted delivery of the USS Gabrielle Giffords (LCS 10) on December 23.

Each LCS will be outfitted with a mission package made up of mission modules containing warfighting systems and support equipment. A dedicated ship crew will combine with aviation assets to deploy manned and unmanned vehicles and sensors in support of mine countermeasures, anti-submarine warfare or surface warfare missions. 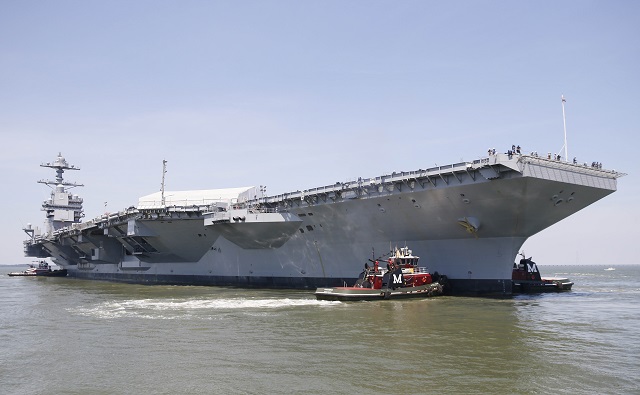 The USS Gerald R. Ford is designed to operate effectively with almost 700 fewer crew members than a CVN 68-class ship. Improvements in the ship design will also allow the embarked air wing to operate with fewer personnel. New technologies and ship design features are expected to reduce watch standing and maintenance workload for the crew.

The carrier class is designed to maximize the striking power of the embarked carrier air wing. The ship's systems and configuration are optimized to maximize the sortie generation rate (SGR) of attached strike aircraft, resulting in a 33 percent increase in SGR over the Nimitz- class. The ship's configuration and electrical generating plant are designed to accommodate new systems, including direct energy weapons, during its 50-year service life.

The next two carriers of the Ford Class will be the USS John F. Kennedy (CVN 79) and the USS Enterprise (CVN 80). 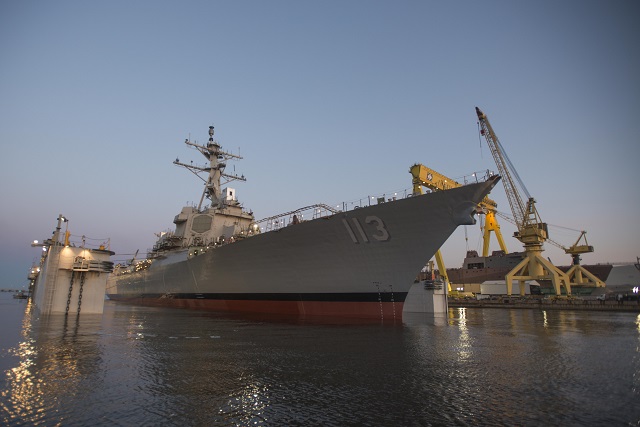 John Finn is the 63rd Arleigh Burke (DDG 51) class destroyer and the first of the DDG 51 Flight IIA restart ships.

DDG 113 is equipped with Aegis Baseline 9 combat system upgrades, which have increased computing power along with radar upgrades that improve detection and reaction capabilities against modern Anti-Air Warfare threats. 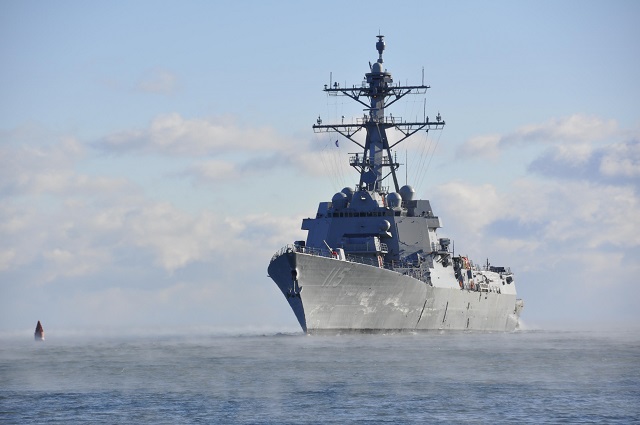 Following delivery, DDG 115 will be the 65th Arleigh Burke class destroyer and the first of the DDG 51 FLT IIA restart ships to be built at Bath Iron Works. The shipyard is currently in production on future destroyers USS Thomas Hudner (DDG 116), USS Daniel Inouye (DDG 118) and USS Carl M. Levin (DDG 120) and under contract for three additional ships awarded as part of the five-ship multi-year procurement for FY13-17.

When delivered, the USS Washington will be the most technologically advanced submarine in service, as well as the least expensive. The Virginia-class is 7,800-tons and 377 feet in length, has a beam of 34 feet and can operate at more than 25 knots submerged. It is designed with a reactor plant that will not require refueling during the planned life of the boat.