U.S. Naval Forces Central Command is leading the way as the Navy tests out new operational concepts for unmanned surface vessels in front-line operations. On Monday, NAVCENT completed exercise New Horizon, the first at-sea trial for its new unmanned task force, which is among the first Navy units to integrate USV technology into real-world service - in this case, ensuring maritime security in the Persian Gulf.

During the two-day training exercise, the command's newly-established Task Force 59 tested out its MANTAS T-12 USVs alongside U.S. Navy, U.S. Coast Guard and Bahrain Defense Force manned vessels. It was the first time that NAVCENT has integrated USVs with manned assets at sea in the U.S. 5th Fleet area of operations. 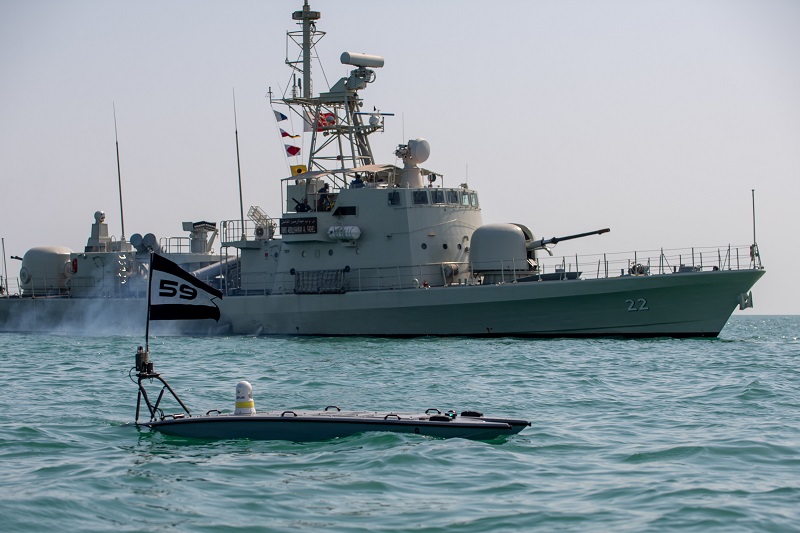 “This is a significant milestone for our new task force as we accelerate the integration of unmanned systems and artificial intelligence into complex, cross-domain operations at sea,” said Capt. Michael Brasseur, commander of Task Force 59. “Real-world evaluation is essential.”

NAVCENT established the task force on September 8, and it is the first unit of its kind in the Navy. Extended unmanned trials are key to the service's push to figure out how to use (and sustain) these systems in the real world. In the years ahead, the Navy hopes to deploy full-size, oceangoing unmanned warships to augment the fleet's lethality at low cost. In order to get there, the Navy's leadership is well aware that it will have to work out several thorny technical problems - particularly comms, command and control, and keeping propulsion running - and operations like Task Force 59 will help with the practical shakedown process.