U.S. Navy Seizes Cargo of Explosives From Dhow in the Gulf of Oman

Working together, the U.S. Navy and the U.S. Coast Guard have seized a cargo of explosive chemicals from a dhow en route to Yemen, where the dangerous goods may well have been put to use in the nation's long-running civil war.

On November 8, the cruiser USS The Sullivans and the fast response cutter USCGC John Scheuerman spotted a stateless dhow in the Gulf of Oman. A boarding team uncovered bags of solid chemicals, which tested positive as urea (a common fertilizer which can be turned into an explosive) and ammonium perchlorate (a powerful explosive substance used in rocket propellant).

Members of the crew spent the next five days searching the boat and cataloging the contents. All told, they found 70 tonnes of ammonium perchlorate and more than 100 tons of urea.

Photos released by the Navy show that the bags of urea were marked "Azot N2 46.2% / Product of Turkmenistan." The packaging appears to correspond to a product from the Marykarbamid (Markarbamid) plant in the province of Mary, Turkmenistan. 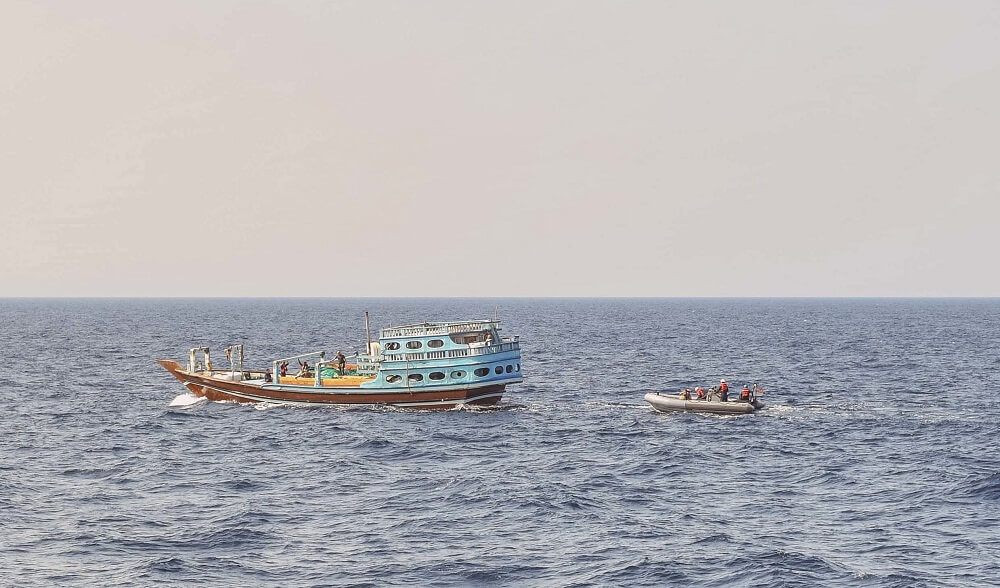 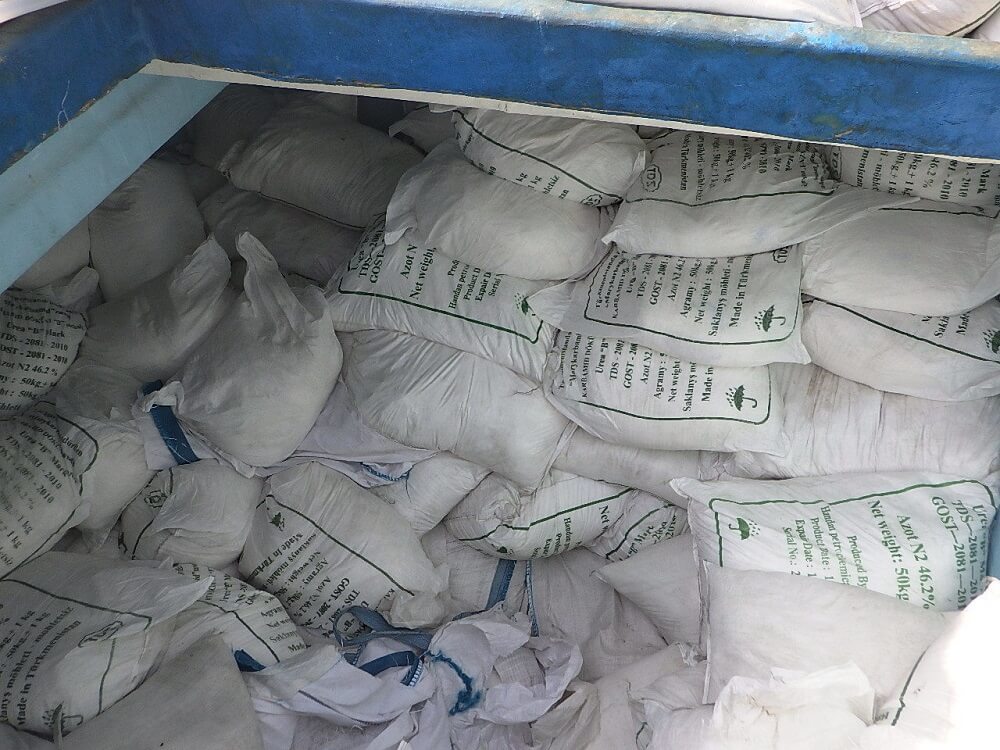 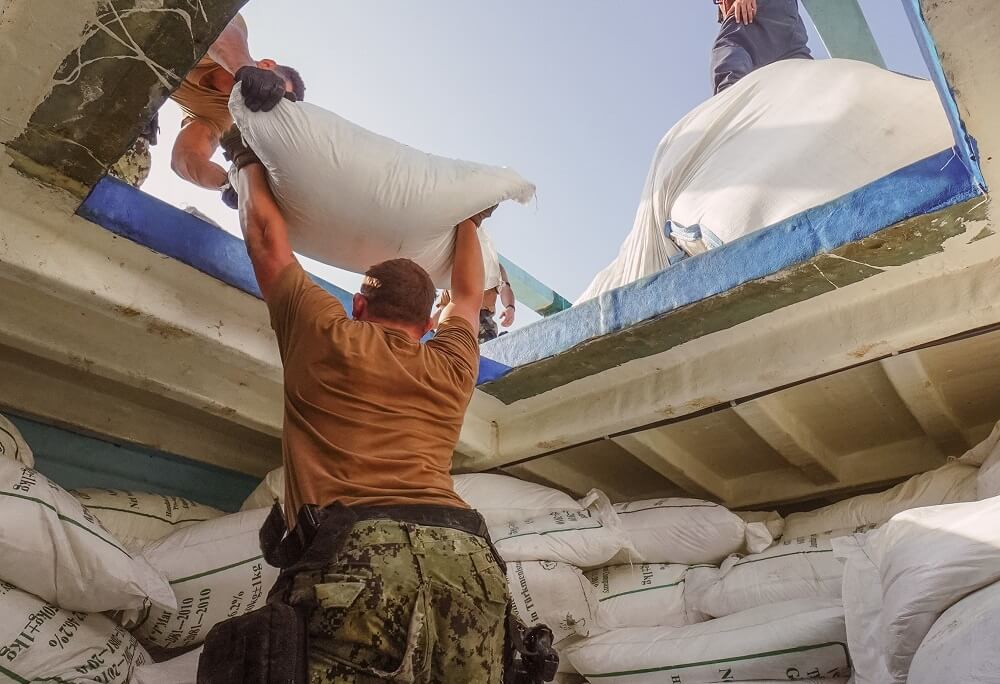 The patrol boat USS Hurricane joined the operation, along with EOD technicians from U.S. 5th Fleet / Naval Forces Central Command. When all was finished and the explosives were removed, the Navy sank the vessel as a hazard to navigation.

The dhow's four crewmembers were taken aboard The Sullivans and transferred to the Yemeni Coast Guard for processing.

“This was a massive amount of explosive material, enough to fuel more than a dozen medium-range ballistic missiles," 5th Fleet Commander Vice Adm. Brad Cooper told NBC. “The unlawful transfer of lethal aid from Iran does not go unnoticed. It is irresponsible, dangerous, and leads to violence and instability across the Middle East.”

The Navy has found and seized urea in the Gulf of Oman before - 40 tonnes of it, discovered aboard another dhow in January - but ammonium perchlorate is a different matter. It is primarily used as an explosive or a propellant, and it has few legitimate civilian applications. Relatively few manufacturers produce it, and it is hazardous to make and store.