The U.S. Navy says that its technicians have confirmed that the drone that struck the tanker Pacific Zircon last week was Iranian-made. The evidence appears to confirm the suspected involvement of Iran or Iranian proxies.

At about 1930 hours on Nov. 15, an explosive-laden aerial drone attacked the product tanker Pacific Zircon in the Northern Arabian Sea, off the coast of Oman. The UAV strike tore a 30-inch-wide hole into the stern of the ship, penetrating and damaging internal compartments. The blast also damaged a boiler, a potable water tank and a life raft.

Singapore-based Eastern Pacific Shipping, owned by Israeli shipowner Idan Ofer, has confirmed that Pacific Zircon was “hit by a projectile” and that the crew was unharmed. No petroleum was spilled and the vessel sustained no flooding.

Two U.S. Navy technicians boarded the Pacific Zircon on the day after the attack to assess damage and collect evidence, including fragments of the UAV. They also gathered explosive residue samples for further testing at the lab at 5th Fleet's headquarters in Bahrain. 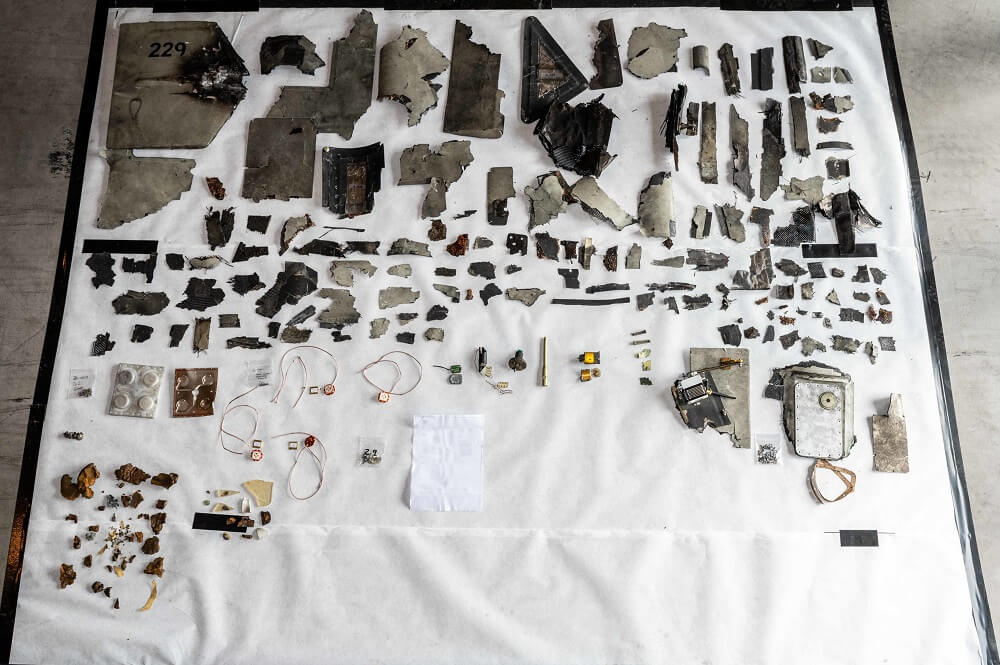 Based on the evidence recovered at the scene, the technicians determined that the drone was an Iranian Shahed-136 loitering munition. This is the same inexpensive but effective weapon that Iran has supplied to Russia for use against Ukrainian targets, including Ukraine's electrical grid infrastructure. Iran has also supplied the Shahed-136 to its proxy force in Yemen, the Houthi rebel movement.

Shahed-136 components found at the scene of the blast included a vertical stabilizer, fuel hatch, GNSS antenna and aileron servo assembly, according to Central Command.

The EU, Canada, France, Germany, Italy, Japan, the UK the U.S. and Israel have already blamed Iran for the incident. Israel has gone a step further, naming Islamic Revolutionary Guard Corps officer Saeed Ara Jani as the organizer of the strike.

The attack was the second Iranian drone strike on an Israeli-owned tanker since last year. A similar incident in July 2021 killed two crewmembers on the crude oil tanker Mercer Street in the same area off the coast of Oman. The UK government reportedly traced that strike back to Houthi forces in Yemen.