On Friday, the guided-missile destroyer USS Ralph Johnson intercepted a shipment of more than 900 kilos of narcotics from a stateless dhow in the Arabian Sea. Johnson was operating in support of Combined Maritime Forces (CMF), the international partnership for maritime security in the Middle East, and her success marks the fourth CMF narcotics seizure since October.

While on patrol, Ralph Johnson's crew spotted a dhow loitering without power in international waters. When Johnson's team approached to find out if the dhow needed assistance, the dhow's crew could not produce flag registration documentation. The team conducted a search and discovered the narcotics.

To keep down the risk of contracting and spreading COVID-19, the boarding team took careful measures during and after the boarding, including the decontamination of seized contraband. The narcotics are now in U.S. custody awaiting analysis, according to the Navy. 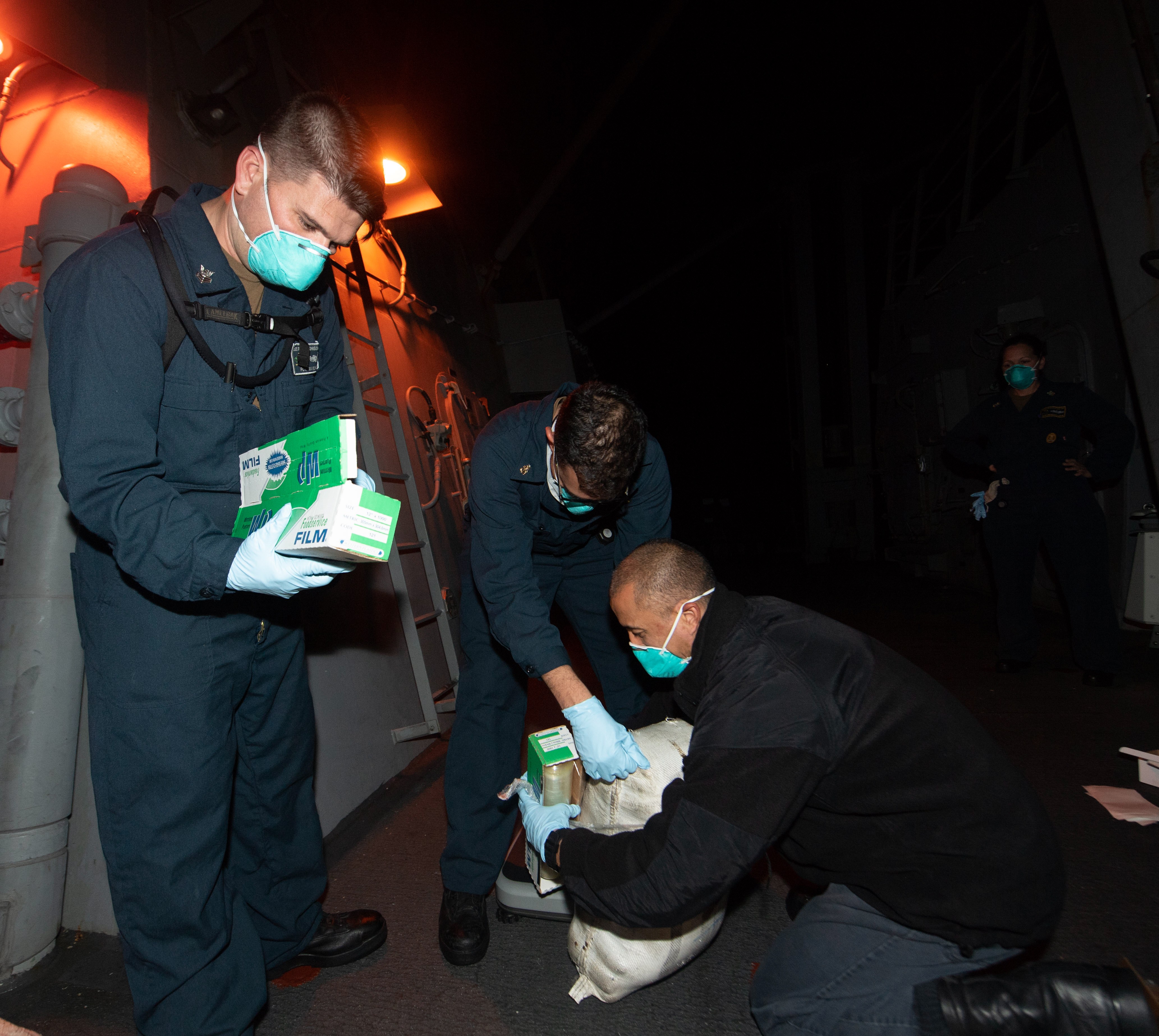 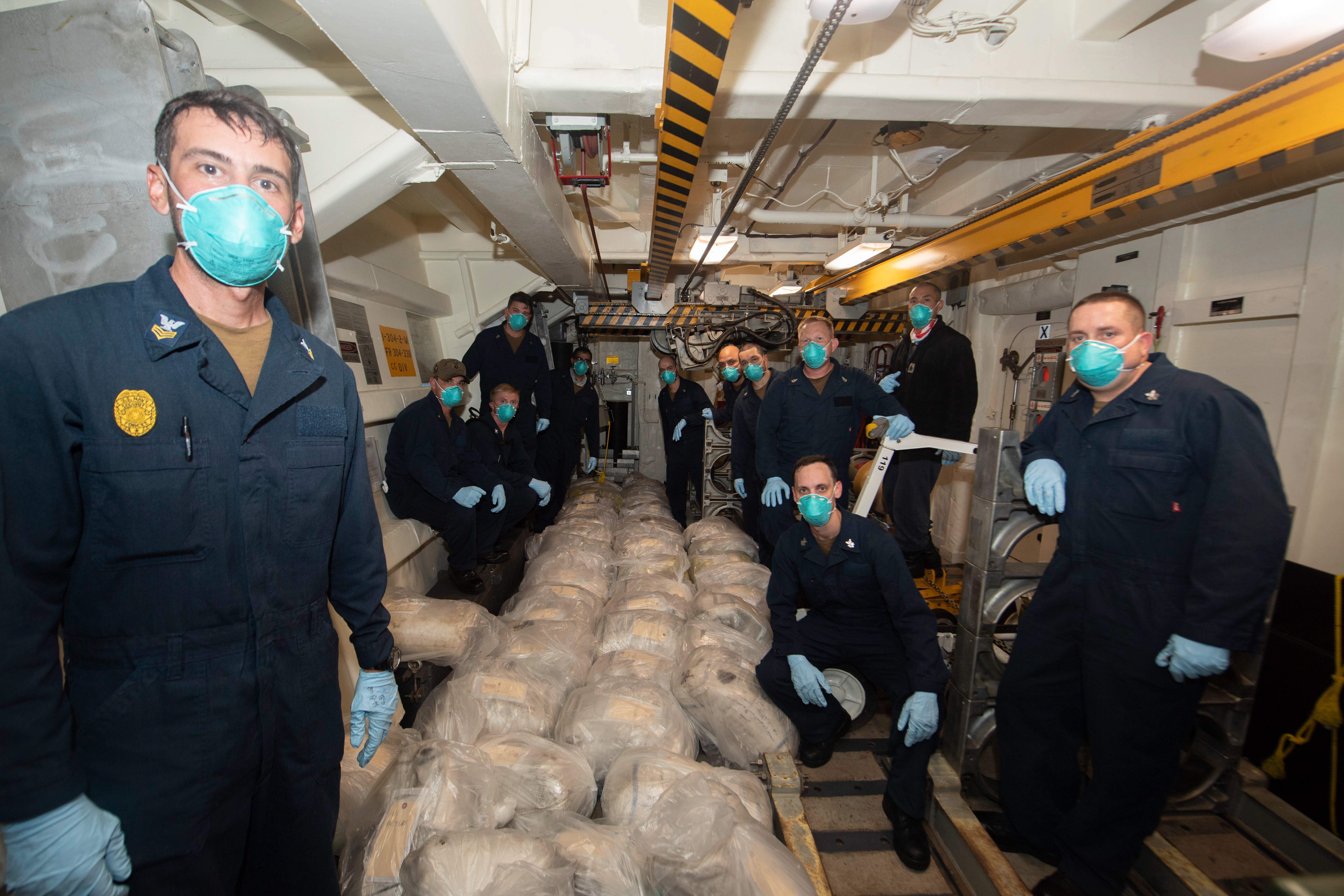 CMF has had a string of successful drug busts in recent months. On November 18, the French frigate Floréal captured 456 kilos of methamphetamine and 364 kilos of heroin from a suspicious vessel during a boarding in the Northern Indian Ocean. Floréal also seized more than $8 million worth of hashish from a suspicious vessel on the Arabian Sea’s "Hash Highway" on November 8.

In mid-October, the Royal Navy frigate HMS Montrose seized 458 kilos of methamphetamine, setting a new record for the task force. The haul had an estimated wholesale value of $24 million.

The Combined Maritime Forces (CMF) is a multinational partnership that works to counter illicit activity on the high seas in the Arabian Gulf, the Red Sea, Gulf of Aden, Indian Ocean and Gulf of Oman. CMF's Combined Tast Force 150 - the unit which USS Ralph Johnson supported - is currently led by the Royal Saudi Naval Force.