While the newly-built cutter USCGC Stone was under way in the Caribbean last week, bound for Guyana, her crew spotted and intercepted a drug-smuggling boat south of the Dominican Republic. The interdiction resulted in a one-tonne cocaine bust.

Early on Thursday, acting on intelligence provided by a maritime patrol aircraft, the Stone's crew intercepted the suspect boat and halted its voyage. The fast response cutter USCGC Raymond Evans arrived on the scene shortly after, and a Coast Guard boarding team from the Evans conducted a search of the boat. Suspicious packages were found aboard the vessel, and testing showed that they were bales of cocaine with an estimated weight of 2,150 pounds (970 kilos). 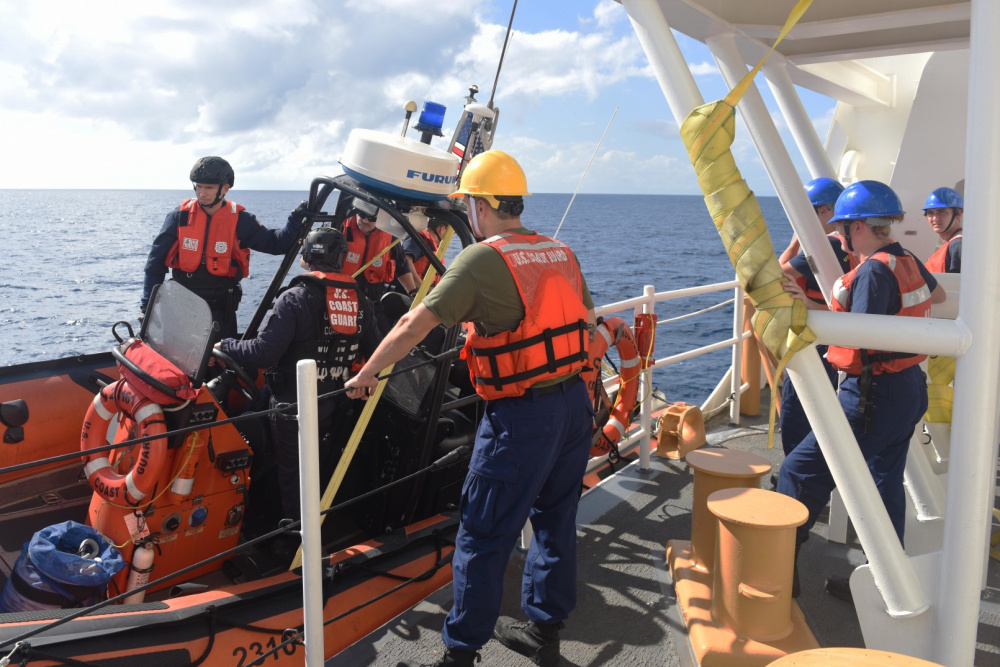 Stone’s crew remained on scene during the search of the vessel to assist if needed. After the boarding and search, the Raymond Evans' crew took the contraband and four suspected smugglers into custody. The next phases of the response will be managed by the U.S. Coast Guard's 7th District and the Department of Justice.

"I am not surprised that Stone interdicted drug smugglers – it is what the captain, crew, and every U.S. Coast Guard member is prepared to do every day underway," said Vice Adm. Steven Poulin, commander of U.S. Coast Guard Atlantic Area. "These transnational criminal activities – be it illegal fishing or the trafficking of people, drugs, money, etc.  – challenge global security, and only together can we combat these threats.”

On her maiden voyage, Stone's primary mission is to work with partner nations in South America on countering illegal, unregulated and unreported fishing (IUU fishing). Her next stop is in Guyana, but her itinerary will eventually take her to Argentina - where China's distant-water squid fleet routinely works up to (and sometimes over) the Argentine EEZ boundary in pursuit of its catch.

The Coast Guard has begun to place more emphasis on countering IUU fishing in waters far from American shores - part of its role in enforcing the rule of law, reinforcing global maritime security and promoting regional stability. As China is the world's worst-scoring state for IUU fishing activity, according to the Global Initiative Against Transnational Organized Crime, an effort to counter IUU fishing also counters Chinese "grey zone" maritime activity. The U.S. Coast Guard and the Navy have formally identified China as the "most pressing, long-term strategic threat" to American maritime interests.