A loggerhead turtle has been given a 3D-printed prosthetic jaw after it was struck by a propeller in Turkey. 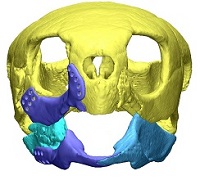 Loggerheads are endangered, and the accident shattered the turtle’s jaw, leaving it unable to eat on its own.

Veterinarians, surgeons and researchers at the Sea Turtle Research, Rescue and Rehabilitation Center at Pamukkale University in Turkey partnered with biotechnology company BTech to devise a titanium jaw that could save the animal’s life.

The project took two months of research and the first of its kind operation to fit the jaw took two-and-a-half hours.

BTech creates medical-grade implants, models and prostheses for people. The company used the Mimics Innovation Suite from Materialise to create a 3D model of the affected areas of the turtle’s jaw. 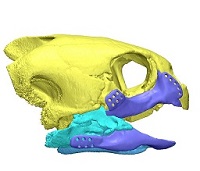 The researchers are optimistic because the turtle’s body has not rejected the prosthetic jaw, but it is not yet recovered enough to be returned to the wild.

There are seven species of sea turtle globally, four of which are endangered. Loggerhead turtles can live up to 70 years and are found in the Atlantic, Indian, Mediterranean and Pacific.