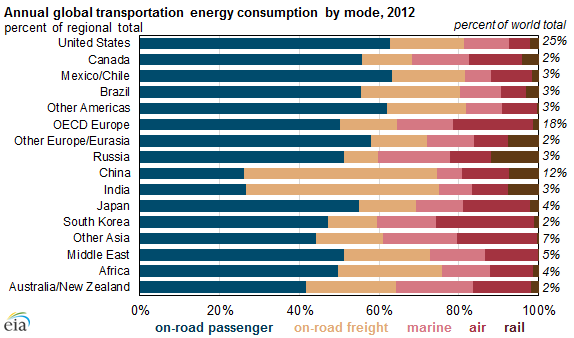 Global transportation energy consumption is dominated by two fuels: motor gasoline (including ethanol blends) and diesel (including biodiesel blends). Together, these two fuels accounted for 77 percent of total transportation consumption in 2012. Motor gasoline is used primarily for the movement of people, especially by light-duty vehicles, while diesel fuel is used mostly for the movement of goods, especially by heavy-duty trucks. 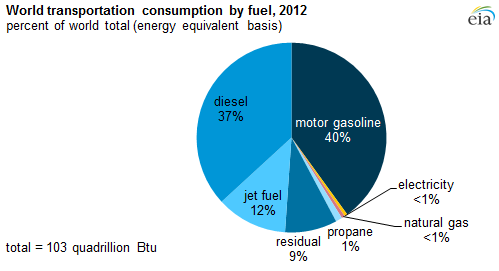