Three vessels transporting ore from Brazil made contact on November 28 when one of the vessels was attempting to dock. The damage was reported to be minor, but the incident briefly interrupted operations at one of Brazilian mining giant Vale’s primary terminals.

Vale reported that on Saturday afternoon the 400,000 DWT ore carrier NSU Carajas owned by the Japanese company NS United Kaiun Kaish was maneuvering to dock at Pier IV South, of the Ponta da Maneira Maritime Terminal, in Sao Luis, in the Northern part of Brazil.  During the docking maneuver, the vessel came in contact with two other ore carriers that were docked at Pier III of the terminal. Vale reports that there were no injuries to the crew aboard any of the vessel or terminal personnel, but that the three vessels sustain structural damage.

The NJU Carajas, registered in Liberia, which is 1,185 feet in length, was built in 2019 as the first vessel of her size built in Japan for a Japanese owner. What caused her to come in contact with the other two vessels remains under investigation by the port authorities along with a team from Vale. 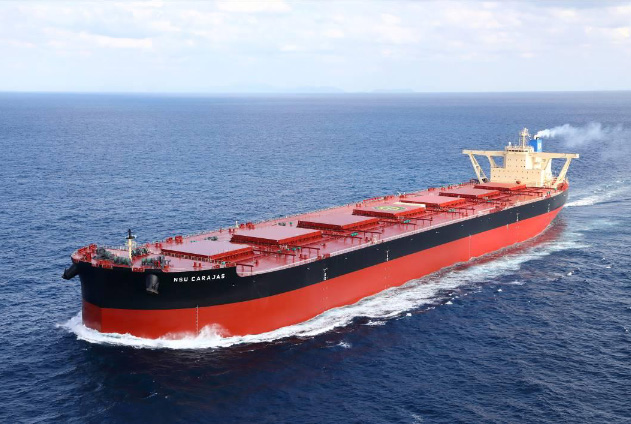 The other two Capesize bulkers were on the dock at the time of the incident. One of the vessels was the Star Janni, a 179,000 DWT bulker registered in Liberia and operated by Star Bulk. A picture issued by Vale shows damage to the port side rear hull plates at the stern of the vessel. The third ship was the Liberian flagged 179,000 DWT bulk carrier Korona D.

After the incident, on Sunday Vale reported that all three ships had been moved to the anchorage outside the port. The vessels remain there while the investigation into the circumstances is being conducted. Al three of the vessels will also undergo an inspection.

The Ponta da Madeira Maritime Terminal is one of Vale’s main assets and one of the largest iron ore and manganese loading terminals in the world. It serves as the loading point for ore from the Carajas mine. In operation for more than 30 years, more than 110 million tons of ore per year are loaded at the port. The terminal has accounted for more than a third of Vale’s annual production.

The vessels remain at anchor approximately 25 miles from the terminal while Vale reports that the terminal and port are now operating normally.