For the third time this year, pilot whales have been killed in the Danish Faroe Islands. The grind began at 7am on Friday when a pod of 40 pilot whales was reported to local authorities off Skálatoftir, on the island of Borðoy. The pod was then driven by 12 Faroese boats to Hvannasund for slaughter.

Although most of the pod was able to escape, Faroese media has confirmed nine whales were killed. They were forced to beach and had blunt hooks beaten into their blowholes to drag them onto the sand where locals cut their spinal cord resulting in a stressful and drawn-out death, reports Sea Shepherd.

“Though the hunters claim the kill is quick, the drive hunt can take hours to complete. This is an extremely long and stressful process for the whales, who are then led to slaughter.” said Operation Bloody Fjords campaign leader, Geert Vons. 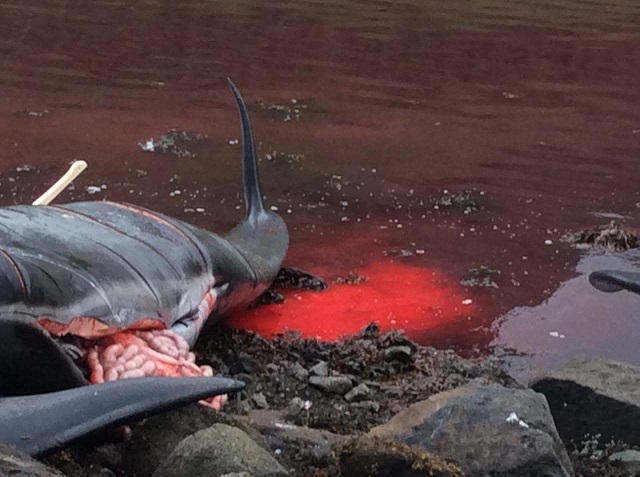 A total of 28 Sea Shepherd volunteers were arrested during the 2014 and 2015 Pilot Whale Defense Campaigns in the Faroe Islands. Many of those were subsequently deported.

During the same period, Faroese and Danish authorities confiscated a total of four Sea Shepherd small boats used to defend pilot whales, and arrested Sea Shepherd Captain Jessie Treverton on charges of ‘harassing’ dolphins by guiding them away from a killing beach.

Earlier this month, Treverton evaded border security and returned to the Faroe Islands to demand her day in court and the return of her vessel MV Spitfire.

Sea Shepherd has led the opposition to the grind since 1983. 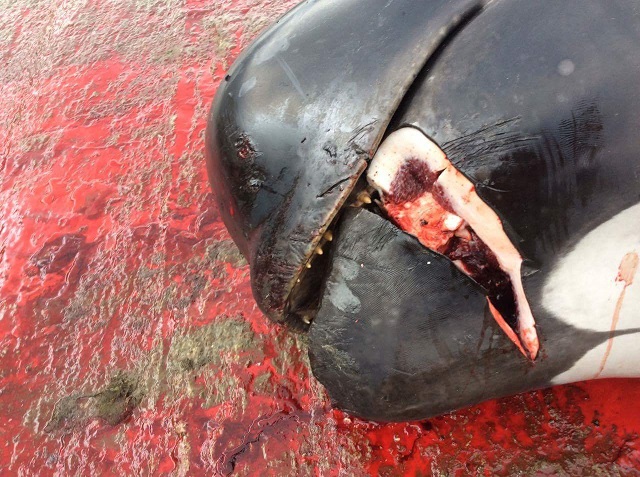 Whaling has been practiced in the Faroe Islands since about the time of the first Norse settlements on the islands in around the 10th century. It is regulated by the Faroese authorities. Around 800 long-finned pilot whales and some Atlantic white-sided dolphins are killed annually.

The hunts are non-commercial and are organized on a community level. Anyone can participate, but special training is necessary to kill the whale with the spinal lance.

The hunters first surround the pilot whales with a wide semicircle of boats. The boats then drive the pilot whales into a bay or to the bottom of a fjord. Not all bays are certified, and the slaughter will only take place on a certified beach.

Many Faroese consider the hunt an important part of their food culture and history. 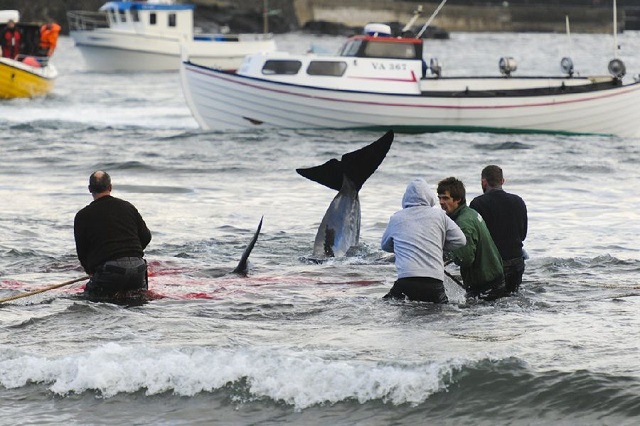